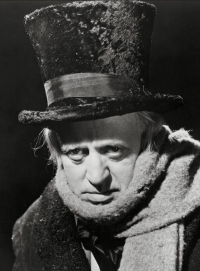 The Remnant’s knowledgeable readers are of course well aware of Pope Francis’ controversial interviews with the atheist Freemason Eugenio Scalfari, as published in La Repubblica. What has probably escaped your attention, however, is an obscure report describing a middle-of-the-night phone call placed by His Holiness to Scalfari last Christmas Eve, regarding a very mysterious apparition which he, Pope Francis, had apparently just suffered.

Since our crack staff has discovered that all of the Pope’s telephone conversations are recorded by the NSA, we’ve invoked the Freedom of Liberation Theology Information Act to obtain a transcript of this call. We dutifully pass it along for your edification…

+POPE FRANCIS (on the telephone): Yes, let me speak to Eugenio please – at once!

+SCALFARI: Yes, this is he - who is calling?


+SCALFARI: Your Holiness! What are you doing up at this hour?

+POPE FRANCIS: Oh, Gene, I’ve had the most frightening nightmare! I’m too spooked to leave the apartment!

+SCALFARI: What in the world happened, Jorge?

+POPE FRANCIS: Well, I was sitting in my study before the fireplace just a few moments ago, preparing to eat my porridge peacefully, when suddenly I heard such an unearthly chanting and ghastly ringing of chimes, the sound of which should be forbidden to human ears! And a quivering voice kept crying out and wailing, “POPE FRANCIS!" “POPE FRANCIS!" At first I thought it was my cuckoo clock, or perhaps some semi-Pelagian, crypto-Lefebvrian solemn nonsense, but then…

+POPE FRANCIS: Then, I saw him!

+SCALFARI: Are you certain? Why would Pius XII appear to you?

+POPE FRANCIS: That wasn’t the half of it! Not only did he appear, but he spoke to me!

+SCALFARI: My word! What did he say?

+POPE FRANCIS: I’ll never forget it as long as I live! He said, “I am the spirit of Vatican I - it is not too late to repent, Jorge! Come with me, and remember your heritage!"

+SCALFARI: Uh-oh! Then what happened?

+POPE FRANCIS: Then a cloud of incense billowed up, and he took me back to 1955, to Inmaculada Concepción Seminary in Buenos Aires. There I was, Gene, learning the Traditional Mass!

+POPE FRANCIS: Indeed! Perhaps you do not recall all that self-absorption, but there it was: no altar girls, just boys (well, my new Bishop in Chile, Juan Barros Madrid, would like THAT part, actually – heh, heh!); the Tabernacle right there on the high altar, disrupting our sense of community; people coming to the Communion rail and kneeling – the People of God, kneeling, for Pete’s sake!; placing the Host on their tongues – yuck!; my back turned to the congregation; all that boring chant….and the LATIN! God how I despised Latin! Learning it was an even greater affliction than youth unemployment and the loneliness of the old!

+SCALFARI: What else do you remember?

+POPE FRANCIS: Oh, everything was so hush-hush, as if there was some big mystery going on! And I’ll tell you what else - I had to incense the Gospel before I read it! Can you imagine the horrendous carbon footprint of all that incense? Not only that, but I must have made the sign of the cross 40 times! Good grief! Isn’t once enough??

+SCALFARI: Did Pius say anything while you were watching yourself?

+POPE FRANCIS: He said nothing, made no attempt to dialogue – just kept looking into my eyes, as if he were trying to hypnotize me! In fact, I felt myself falling under some kind of eerie spell, so I kept repeating my serene theological mantra, “Spirit of Vatican II, have mercy!" over and over, to ward off his gaze.

+SCALFARI: You must be quite relieved now that he’s gone, aren’t you?

+POPE FRANCIS: Yes, but I just found this strange note under my pillow. It says, “A day will come when the civilized world will deny its God, when the Church will doubt as Peter doubted. She will be tempted to believe that man has become God…Christians will search in vain for the red lamp where God awaits them." Any idea what that means?

+SCALFARI: Not a clue, Jorge. Say, I think I’ve heard about these kinds of apparitions. I believe you’ve had what they call a Near-Orthodox Experience!

+POPE FRANCIS: Bah! Humbug! Surely it was just a bit of undigested Host….

[Comment Guidelines - Click to view]
The Remnant values the comments and input of our visitors. It’s no secret, however, that trolls exist, and trolls can do a lot of damage to a brand. Therefore, our comments are heavily monitored 24/7 by Remnant moderators around the country.  They have been instructed to remove demeaning, hostile, needlessly combative, racist, Christophobic comments, and streams not related to the storyline. Multiple comments from one person under a story are also discouraged. Capitalized sentences or comments will be removed (Internet shouting).
The Remnant comments sections are not designed for frequent personal blogging, on-going debates or theological or other disputes between commenters. Please understand that we pay our writers to defend The Remnant’s editorial positions. We thus acknowledge no moral obligation whatsoever to allow anyone and everyone to try to undermine our editorial policy and create a general nuisance on our website.  Therefore, Remnant moderators reserve the right to edit or remove comments, and comments do not necessarily represent the views of The Remnant.
back to top
Read 4357 times
Tweet
More in this category: « Vatican Spokesman Clarifies Statements Made by “The Good Sisters of Old” Breaking News: Big Apple Prelate Packs It In (Or At Least He Should) »