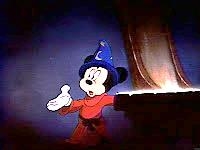 Not wishing to be outdone by the Pope’snew recyclical, which attempts to legitimize climate change hysteria by fiat, the Director of the Vatican’s newly formed Institute for the Study of Karma and Dharma, at Parma, today issued an official statement outlining the Church’s evolving position on the beliefs and practices of the “new age” movement, with the intent of opening a pastoral door to occultism.

Speaking to a select group of journalists gathered with him around his crystal ball, Father Giovanni della Piccolo Bologna, SJ, also known as the Vatican’s Chief Sorcerer, asserted his openness to the idea that the assorted mélange of new age beliefs is entirely compatible with Catholicism.


“Since it is the duty of the Church to consecrate the mundane, that is, Our Brother Earth and Our Sister Moon, to the Lordship of the Christ within,” mused Father Bologna, “must it not also be our duty as well to consecrate the ultramundane, thus weaving our auras together in bonds of belonging and togetherness as befits the Age of Aquarius?”

When The Remnant’s new age correspondent Saul Invictus pointed out that the term “ultramundane” might be unfamiliar to the faithful at large, Father explained that these are the forces and energies that reside and operate within the seven hidden planes of existence, yet which can have a palpable effect on our daily physical lives when invoked.

“We of the Church,” added Father, “always keeping our windows, doors and various orifices open to the fresh air and the vibrant pulse of modern times, cannot but consider that the invocation of hidden forces stems from an instinctive desire to ameliorate the suffering of humanity, especially of the poor who have been marginalized by non-sustainable development and ecosystem denial. The Church must find common ground with this desire through dialogue, and give it her blessing; to fail to do so would be to put false and artificial limits on our universal salvific mission!”

After distributing gift sets of chakra-balancing quartz crystals, giving individual palm and Tarot card readings, and exchanging secret handshakes all around, Father Bologna circulated a copy of a brief Institute monograph, “A Call to Esoterical Conversion,” which he then read aloud:

“Positioning itself to bridge the gap between the Church and the occult, our Institute, by boldly applying the principles of the New Evangelization, bravely stakes out herewith a territory where few have ventured before us. The ancient Mystery Religions are an invaluable part of the heritage and dignity of the human race, and those who practice these arts must be considered our brothers and sisters.

What could better illustrate this deep bond than the scientific finding that praying Franciscan monks and magicians chanting spells generate similar brain scans?

Moreover, in reaffirming that spiritual quest which defines the Church, let us also recognize that this same quest, in its search for understanding of the worlds around and within us, must appropriate gifts historically condemned by the Church, such as telepathy, clairvoyance, divination and telekinesis. This condemnation has caused deep and painful fissures among the human family, and we wish to heal these wounds of incomprehension with the balm of mercy and dialogue.

Dare we say it: our Holy Father Francis is the Vicar not only of the Church, not only of all beliefs, not only of the animal, plant and mineral kingdoms, but of all worlds, seen and unseen! Let us then, as we acknowledge the legitimacy of the hidden sciences, apply with deeper intent the principle of ecumenism inaugurated at Vatican II. Let us give a new name to our audacious pursuit of cosmological unity: we hereby christen it “The Neo-Esoterical Way!”

Regrettably, no sooner had Father Bologna finished reading than he was forced to end his audience rather abruptly, as a strange pinkish ectoplasm was observed inexplicably seeping from his nostrils. The Remnant will of course report any new developments to this story as they occur...

[Comment Guidelines - Click to view]
The Remnant values the comments and input of our visitors. It’s no secret, however, that trolls exist, and trolls can do a lot of damage to a brand. Therefore, our comments are heavily monitored 24/7 by Remnant moderators around the country.  They have been instructed to remove demeaning, hostile, needlessly combative, racist, Christophobic comments, and streams not related to the storyline. Multiple comments from one person under a story are also discouraged. Capitalized sentences or comments will be removed (Internet shouting).
The Remnant comments sections are not designed for frequent personal blogging, on-going debates or theological or other disputes between commenters. Please understand that we pay our writers to defend The Remnant’s editorial positions. We thus acknowledge no moral obligation whatsoever to allow anyone and everyone to try to undermine our editorial policy and create a general nuisance on our website.  Therefore, Remnant moderators reserve the right to edit or remove comments, and comments do not necessarily represent the views of The Remnant.
back to top
Read 6980 times
Tweet
More in this category: « A New Doctor of the Church (with apologies to Raymond Chandler) Vatican Announces Official Synod on the Family Compendium Trilogy »