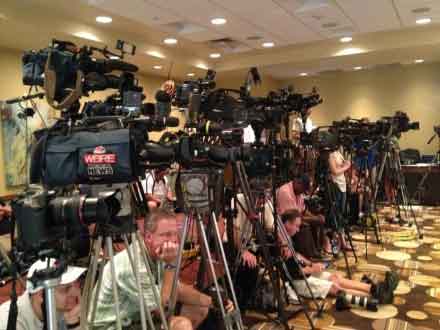 (A-CNN)  The Foundation for Equality, Atheism & Resistance (FEAR), a national public policy organization, is suing every major retail store in the  Mall For America (MFA) for failing to pass a Mall-wide ordinance against salesclerks  wishing shoppers “Happy Holidays”.  The lawsuit names not only the main anchors of the Mall—Macy’s, Nordstrom and Sears—but also the junior anchors—Barnes & Noble, Best Buy, Old Navy, LEGO, the Apple Store to name a few.

“We’ve had enough,” stated Merda di Pollo, a public relations officer for FEAR.  “Atheists are demanding that ‘happy holidays’ no longer be shoved in their faces when they shop, which is deeply offensive.”

Mr. di Pollo himself had been shopping in the Mall last November when an employee of Best Buy wished him ‘Happy Holidays’.  According to eyewitnesses, di Pollo turned on the young man, allegedly shouting at him and even threatening to stab him "through the heart" with his just-purchased iPod if he didn’t “take it back”.

“Dude totally freaked out on me,” said the Best Buy clerk, who spoke to us on condition of anonymity. “I was just trying to be cool with him, you know, when he went all postal.”

Mr. di Pollo, who was in an Indianapolis courthouse this morning for the preliminary hearing, agreed to take a few questions from local reporters.  When asked about the incident at Best Buy, di Pollo said: “Listen, that kid is trouble!  He just doesn't understand that hearing ‘Happy Holidays’ is painful for us since we don’t have any holidays coming up, no parties to look forward to, nothing to celebrate.  It’s discriminatory.  So, yes, I popped off on him a bit, but he definitely had it coming!”

“No, we’re not afraid of anything,” remonstrated di Pollo when one reporter asked why FEAR is so afraid of a holiday greeting from a 17-year-old kid.  “Look, we're being discriminated against by the atheiphobes [pronounced: ay-THEE-a-phobes] and we feel threatened."

FEAR, which reportedly has a presence in every major atheist organization in the world—and seems to play a big part in the lives of rank and file atheists as well—is trying to raise awareness against what they call “pandemic Atheiphobia” in America.

“You know very well that every one of those ‘happy holidays’ is part of somebody else’s religious tradition—be it Christian, Jewish, Muslim, whatever! Atheists simply don’t count!  That really hurts, and we won’t stop this protest until the holiday hurt stops.” When asked if a simple "good-bye" would pacify FEAR's holiday greeting concerns, di Pollo responded, angrily: "Yeah, right! The old Christian throwback to 'God be with you'—that'd be just perfect! Listen, can we just stop the hate?"

Although the case hasn’t yet gone to court, sources tell us that it is likely the Mall will comply with FEAR’s demands.  Mall PR woman, Rita Sign, released a statement this afternoon suggesting just that, and pointing out that even area synagogue and church leaders seem to be onboard.

A spokesman for the Indianapolis Archdiocese has since confirmed this, claiming in their own press release that wishing ‘Happy Holidays’ has become problematic even for the Church, especially when it comes to things like interfaith outreach: “We just never know who celebrates what anymore—or even if they celebrate anything at all. And we’re all about dialoging with people who don’t share our holidays or the holidays of our dialogue partners or even the holidays of our dialogue partners' partners.”

Late this afternoon, opponents of the Mall's decision to ban “Happy Holidays” held their own press conference to announce a new plan whereby shoppers would be required to pick up Frisbee-sized Faith Buttons at kiosks located at all entrances to the Mall and pin them to their chests.  "Our Faith Buttons would identify shoppers as Christian, Jewish, Muslim, whatever—thus allowing store employees to  meet and greet everyone appropriately, according to his or her Faith tradition, without fear of offending anyone," said spokesman Fred Rogers.

No word yet as to whether this plan might be adopted by the Mall, but a post on the FEAR website late this afternoon registered the organization’s opposition to the plan, noting that “atheists don’t have a Faith, so atheists wouldn’t get a button. And that’s not fair!”

So for now, at any rate, wishing ‘Happy Holidays’ seems destined to go the way of ‘Merry Christmas’ in shopping centers all around the country.

More in this category: « Cooking With Raymond: The Leaked Screenplay Hell on Earth to Arrive December 21 »