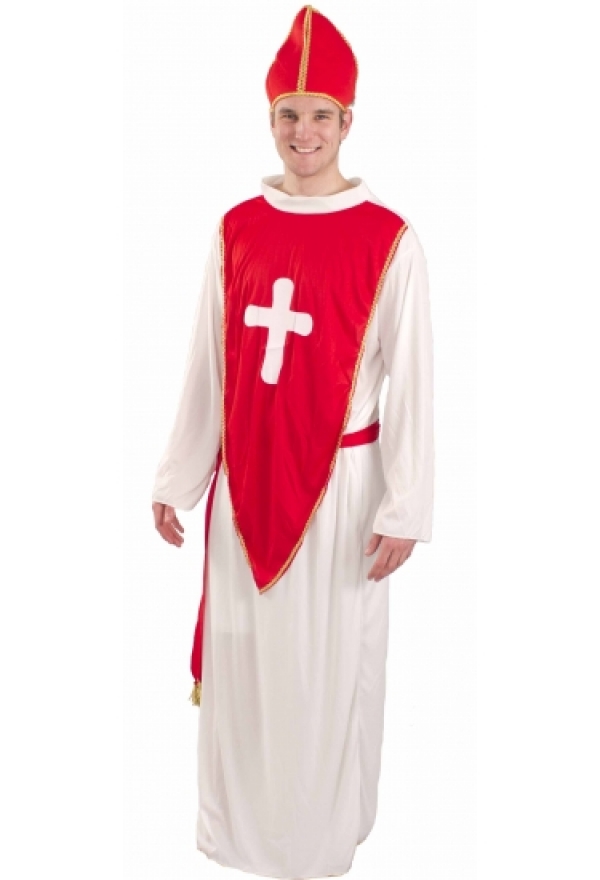 A-CNN Report—In the continuing Spirit of Vatican II, Ima Cardinal Hairatik, a reliable Vatican spokesperson, has issued a statement declaring the “New Options” of the “catholic” church, formerly known in more rigid times as The Precepts of the Church. These former Commands of the Church were given for the spiritual good of the faithful and were obliging under the pain of sin. Henceforth, the R.C. (Rigid Commands) of the now-defunct pre-conciliar Catholic Church are to be replaced with the N.O. (New Options) of the post-conciliar “catholic” church which are more in conformity with the “live and let live” attitude of the “Civilization of Love”.

Vatican Update: The Six New Precepts of the Church 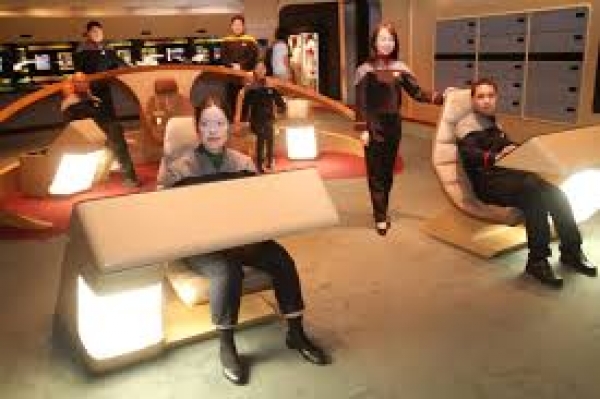 A GALAXY NOT THAT FAR FAR AWAY.  (January 1, 2015)  The Congregation for Human Worship and the Un-discipline of the Sacraments -- until the resignation of Pope Emeritus Benedict, formerly known as (f/k/a) Congregation for Divine Worship and the Discipline of the Sacraments -- today announced that in an audience with Auxiliary Bishop of Rome, Francis ½ (f/k/a Bishop of Rome Francis) the Prefect obtained the signature of Francis to a cow (f/k/a a "bull" in an age dominated by masculine terminology which excluded the female gender) promulgating a new order of the Lord’s Supper (f/f/k/a the Mass).

The document, Simulans Novus OrdoMissae established the rubrics and technical specifications for what the eternal Vatican Spokesman Federico Lombardi called a Virtual New Order of Mass (VNOM).  “The Vatican, taking note of the latest discoveries in social science, anthropology, psychology, technology, liturgy, and every other discipline outside of her competence, has finally realized that the most effective way to build community life is through the isolated pursuit by each individual of his, her, or its unique preferences.” 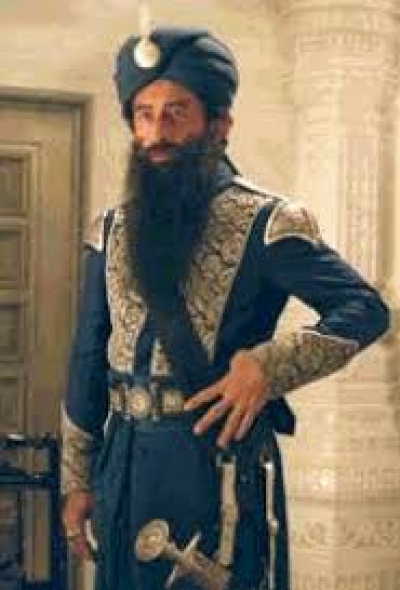 Breaking News: Vatican City Papal Address to the Church and those faithful following their consciences. The new Motu Proprio Document by Pope Nemo I is titled “Video Tuo Audio” with disciplines for the extended Modern Catholic Universal Church as regards the proper comportment for the required new Sunday fulfillment of Ordinary Eucharistic Mass attendance obligations:

The modern Church is rapidly moving away from the traditional parochial community to the more pan-religious community. Today, in fact, the average age of priests has approached retirement age. With this evolution of extra-ecclesiology and concurrent shortage of priest presiders the use of brick and mortar structures has become obsolete. Economic assets have been reduced to critically low proportions due primarily to legal fees and debt compensation needed for clerical pedophilia indiscretion. 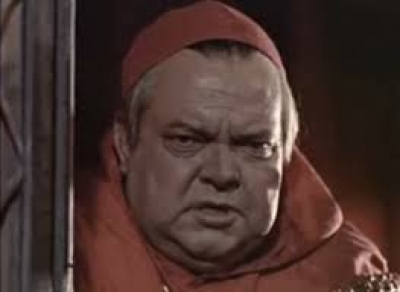 A-CNN Super-Duper Report—A reliable Vatican spokesperson, Cardinal Ima Hairatik, startled the Catholic world by declaring that the Holy Eucharist, formerly believed to be the Body and Blood of Christ, is merely blessed bread and wine offered as a remembrance of Christ’s words at the Last Supper.

Henceforth, the following guidelines will be instituted in “catholic” churches throughout the world: 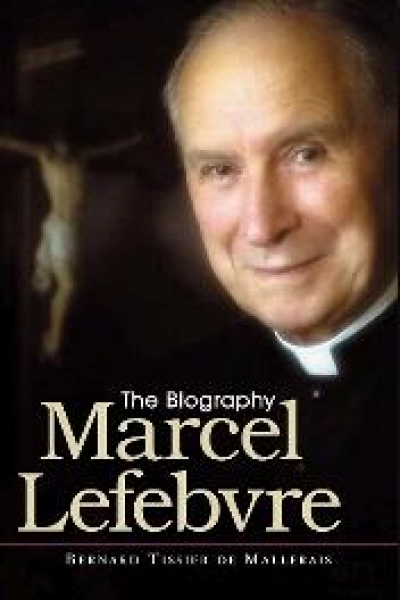 A-CNN Vatican Report, December 19, 2014 -- In a surprise move The Pope of “Surprises” announced to the public this morning that the cause for sainthood has finally made its way through the Congregation for the Causes of Saints and a date was set for the Beatification of Blessed Archbishop Marcel François Marie Joseph Lefebvre.

Pope Francis has always admired the Archbishop’s traditionalist rigidity and devotion to the objective truth and discipline of the Supreme Magisterium and the entire deposit of Holy Faith. Expressed in many ways of kindness towards the SSPX and the laity who adhere to the Holy Catholic Faith it really is no surprise that Pope Francis has supported the efforts of Bishop Williamson in taking up the Archbishop’s cause for sainthood.

(A-CNN Special Extra Edition) Based on recent discoveries uncovered in an ancient Romanesque Crypt found in the remote recesses of the Argentinian campuses, the Vatican today proudly announced the authenticity of the Gospel According to Frank. Cardinal Izzy Offthecuffski, the Prefect of The Pontifical Anthropological and Archeological Scientific Synodical Commission on Scriptural Hermeneutics, a subdivision of the Congregation of Interfaith Dialectics, has issued the finished manuscript containing his imprimatur. The required final scrutiny by the C.E.O of the Catholic Answering service and the Vortex Inquisition Commission has been notified and their approval and certification are immanently expected. The publication by the Official Vatican Press will commence after the approval and certifications are received and reviewed by Pope Francis.

(Editor's Note: Allium-Cepa is Latin for onion. The Remnant's sister "news" organization is A-CNN-- Allium-Cepa News Network. Attention humor-challenged Neo-Catholic friends: You might want to Google ‘The Onion’ if you still don’t get it. MJM)

(A-CNN) Today, in a surprise move, Karl Keating announced plans to completely overhaul his Neo-Catholic apologetics apostolate Catholic Answers. The plans were announced on Keating’s Facebook page and can be read below:

Greetings to my 4,926 Facebook friends! Let me start by saying that what you are about to read will come as a shock to you.  However, after countless hours of reflecting and praying during my various hiking trips across the globe (see HERE, HERE, HERE, HERE, and HERE), I have come to the following startling realization.

I have decided that Catholic Answers’ work is now done. Yes, you heard me correctly. When I started this apostolate in 1979 I wanted to defend the Faith against the errors of Protestantism, win converts, and help build the Catholic Church into a thriving, fruitful, invigorated institution. Well, nearly 35 years later I can truly say, “Mission Accomplished!” 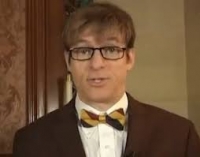 Editor's Note: Allium-Cepa is Latin for onion.  The Remnant's sister "news" organization is

). Hours later, however, Voris came to the conclusion that his own logic additionally forbade him from continuing on at CMTV. In a statement released minutes ago, Voris says the following:

Hello everyone. Michael Voris coming to you from Rome with a second clarification.
Wednesday, October 22, 2014 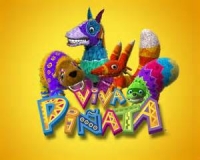 Exciting the pundits of the secular press and the more liberal lobby leaders of Neo-Catholicism is the newest Vatican Party Shop line of Trad-bashing Piñatas. Designed as eye-catching cartoonish characterizations of the overtly pompous traditionalist clergy in their pre-Vatican II garb is where the fun begins. Smashing the treat-filled trad-clerical figures, especially those of the neo-Lefebvrian orders, is sheer delight and it is causing somewhat of a sensation even among the more sophisticated moderate neo-Catholic cults.

Rumor has it that the idea originated in the diocese of Buenos Aries, always a hotbed of anti-Lefebvre animosity and somehow made its way to the Vatican following the election of Pope Francis. Now the cool and amusing beating up on the trad-clerical piñatas and the like hung in effigy is spreading like an infectious virus throughout the neo-Catholic culture. The colorful candy filled clerics come in three basic sizes consisting of large, medium and even small for the more intimate occasions. Each anti-trad piñata comes individually gift wrapped and labeled with the name of your favorite trad-to-hate group prominently displayed. Right now the Franciscan Friars of the Immaculate are on the top of the hit list with the FFI nuns running a close second. There is however, a growing interest in smashing the Society of St. Pius X (SSPX) models and especially the Extraordinary Bishop Fellay piñata that is touted to be the party favorite of the Congregation for the Doctrine of the Faith.

Premier International Pentecostal Charismatic Summit to be held at Vatican