Written by  Thomas A. More
Rate this item
(38 votes) 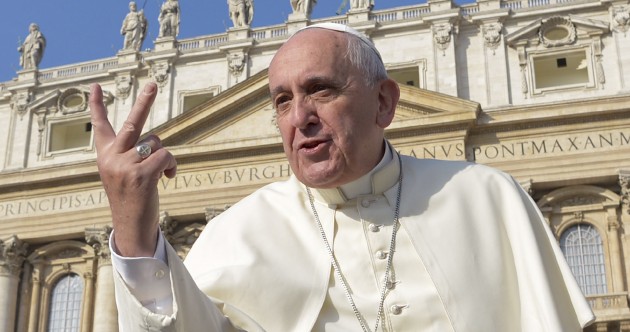 Bracing for the Synod on the Family... and praying to the Blessed Virgin

It should not be too much, should it, to expect, at the very least, honesty from our bishops? After all of the physical, psychological and pecuniary harm that the laity have endured through clerical abuse of persons and power, perhaps clarity and transparency should be the rule of the day?  Surely to facilitate a centripetal rapprochement between the hierarchy and the faithful, the faithful should be reassured by demonstrated hierarchical faithfulness to the beautiful teachings of Our Lord and his apostles governed by the Spirit of Penance and Charity?

But instead of honesty faithful Catholics are chided and suffer repeated insults to their intelligence; instead of clarity there is obfuscation; and, instead of the centripetal force of Penance and Charity a centrifugal force of Mercy threatens to fling us all away on the winds of modernity in the vain and misinformed hope that the ensuing vacuum will somehow suck in those on "the margins of society."

In Evangelii Gaudium the Holy Father championed accepting new forms of worship so that we not allow ourselves to be handcuffed by Tradition.  In service of this new missionary Christianity he has said that there "is no Catholic God," he publically mocked a woman who confided in him her concerns about having children by saying that we need not breed like bunnies; and, he has also infantilized the beliefs of those who "count rosaries."  These are incontrovertible facts.

It would appear that Francis believes that the Holy Spirit is telling him that it is required to reinterpret the role of the Catholic hierarchy as an international socialist eco-ecumenical super-pac.  Those who disagree with him disagree with the Holy Spirit.  Such people, including his own Catholic flock, he said recently, are "fundamentalists" and "terrorists."  Such a hyperbolic mischaracterization is as uncharitable as it is untrue.  Catholics have the canonical right, and duty, to question their pastors, and the attempt to chill debate through negative and incorrect labelling is nothing more than a bullying tactic and under the present circumstances it is very dangerous.

Sadly, through his unkind words and his apparently unfaithful actions Pope Francis is forcing many of us who were merely loyal John Paul II and Benedict XVI Catholics up to this point—and who, I might add, defended and supported the Church in her darkest days—to reconsider our affiliation with the current Catholic hierarchy.  Soon it may be us whom the shepherds seek on the margins.

In that regard, the latest insult to our intelligence is the Motu Proprio Mitis Iudex Dominus Iesus, which purports to change merely the process through which annulments are granted.  However, as any philosopher, lawyer or theologian worth his or her salt will tell you, process, praxis or form shapes substance and doctrine, and the two concepts cannot be separated from one another.

In terms of Mitis Iudex, specifically, according to Benedict Nguyen, a canon and civil lawyer in Texas:

Mitis Iudex has created a situation where marriages are [in some cases] presumed to be invalid and that validity must now be proven. This is tantamount to adopting a "guilty until proven innocent" approach and will be detrimental to the notion of the indissolubility of marriage.

Moreover, as Nguyen states, Mitis Iudex was introduced as a fait accompli, with no consultation sought from bishops or canon lawyers.  The irony of such an imperious, unprecedented and rash action under the guise of a Vatican II papacy of collegiality is hard to ignore.

According to Patheos, Kurt Marten, a professor of canon law at Catholic University said that:

the expedited process would apply to Catholic couples facing certain conditions, including those who have an abortion, a grave contagious disease, children from a previous relationship or imprisonment. Essentially, Martens said, the church is providing a path that looks like the Catholic version of no-fault divorce.

"If I were a bishop, I would be upset," Martens said. "It’s a bit strange and even a sign of contradiction that a pope who is big on consultation and collegiality seems to forget that on something like this. It’s highly unusual for legislation like this to get through that way."

Meanwhile, despite all of this, Catholics are to accept that the changes are merely procedural and not doctrinal or substantive.  It bears repeating that Nguyen and Marten both agree that in some cases the burden of proof as to whether there has been a valid marriage has been reversed from validity to invalidity.  Imagine if the legislature of your state were to reverse the presumption of innocence in a criminal trial.  Would that be merely procedural and not substantive? I do not think so.

Moreover, both canonists agree that we are on the verge of no-fault "Catholic" divorce if Mitis Iudex is implemented "as is." So, even though the changes have been characterized as procedural, they are in effect substantive and doctrinal: A rose by any other name would still smell as sweet, as Juliet tells us. Remember, Vatican II was merely pastoral, and not doctrinal!

In response to what one must assume was a public outcry (or celebration) in Brazil, the Bishop of Palmares, Bishop Soares, attempted to rely on the same old worn refrain that the Media Invent a fake Pope by Misusing his words. http://www.catholicnewsagency.com/news/media-invent-a-pope-who-doesnt-exist-by-misusing-francis-words-bishop-charges-80607/

For a start, the papacy is under a duty to its Founder and its flock to express its intent and Church doctrine unapologetically and unequivocally.  A failure on the part of the papacy to act in this way is as a result of its culpable error and not media manipulation.  This is especially so when legislation is involved.  At this stage, listening to Pope Francis is, at best, as psychologically and existentially uncomfortable as reading Turn of the Screw by Henry James.

Moreover, Bishop Soares defends Mitis Iudex by merely begging the question and acting like Mitis Iudex does not exist.  He starts by saying that he is tired of newspaper headlines like:

Of course, Bishop Soares is correct, the Church lacks the power to end marriages.  However, that is not the issue.  The issue is whether under the chaos of the scheme established by Mitis Iudex, and in the context of everything we know about the current pontificate, the Church hierarchy is deliberately or negligently about to co-opt that power.

Surely after everything the laity has endured at the hands of the hierarchy in recent years we can demand faithfulness, charity, clarity and honesty from them?  And, if Francis will not discharge his duty in this regard, surely the responsibility falls to the bishops at the upcoming Synod on the Family?  Surely these men must speak with the Holy Father and demand such clarity and an unequivocal reaffirmation of doctrine?

If not, the question then becomes, what is a "fundamentalist" to do in a centrifugally Merciful Church?! Let us hope that it does not come to that, but we can take comfort in the fact that, if even atheists of good will find salvation, then how much more Mercy will the Lord show His own "fundamentalists."  Let us wait for the Synod and pray to the Blessed Virgin.

[Comment Guidelines - Click to view]
The Remnant values the comments and input of our visitors. It’s no secret, however, that trolls exist, and trolls can do a lot of damage to a brand. Therefore, our comments are heavily monitored 24/7 by Remnant moderators around the country.  They have been instructed to remove demeaning, hostile, needlessly combative, racist, Christophobic comments, and streams not related to the storyline. Multiple comments from one person under a story are also discouraged. Capitalized sentences or comments will be removed (Internet shouting).
The Remnant comments sections are not designed for frequent personal blogging, on-going debates or theological or other disputes between commenters. Please understand that we pay our writers to defend The Remnant’s editorial positions. We thus acknowledge no moral obligation whatsoever to allow anyone and everyone to try to undermine our editorial policy and create a general nuisance on our website.  Therefore, Remnant moderators reserve the right to edit or remove comments, and comments do not necessarily represent the views of The Remnant.
back to top
Last modified on Saturday, September 19, 2015
Tweet
More in this category: « BOMBSHELL: Bishop Morlino Apologizes to the SSPX The Iron Fist of the Papacy and the Strawmen of its Mind »