The Internet is Killing The Remnant (We Need Help) Featured

Written by  Christopher A. Ferrara
Rate this item
(95 votes) 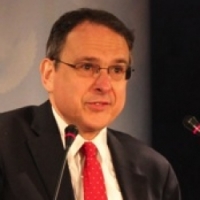 An Urgent Appeal from Chris Ferrara

Mike Matt did not want me to write this letter. He hates this kind of thing. But I insisted upon it. The people who know and love The Remnant need to come its aid now, because The Remnant is fighting for its life.

I have proudly served as The Remnant’s lead columnist for some thirteen years. It has been an honor and a privilege to contribute to the legacy of a venerable Catholic journal that has been telling its readers the truth about the crisis in the Church from the moment the crisis began almost fifty years ago.

Back in 1967, Walter Matt, Mike Matt’s father, founded The Remnant because he could not in conscience defend or suffer in silence what were obviously disastrous changes in the Church. What Catholic can in good faith deny the evidence of this disaster today?

Over the past five decades of revolution in the Church, “mainstream” Catholic organizations have been swimming in money and wearing the cloak of respectability while hiding or explaining away the truth about the revolution lest they lose their secure positions as participants in an increasingly decrepit ecclesial status quo. The worse things have gotten, the more insistently these “normalist” organizations proclaim that nothing is amiss, while condemning opponents of the revolution as “radical traditionalists” and even “schismatics.”

One such “normalist” organization, whose key employees earn six-figure salaries, recently issued an urgent appeal for support. That appeal raised over a million dollars in short order. That’s one million dollars!

Even a small fraction of that level of support—forthcoming just once—would place The Remnant on a firm foundation for years to come. Yet The Remnant has always been forced to engage in a struggle for survival as a family-run apostolate punching above its weight in the ring of public opinion.

It is not that this heroic effort has been in vain. Quite the contrary, today The Remnant enjoys a level of influence in the Catholic world far out of its proportion to its size and minimal financial resources. The unprecedented radicalism of the current Pope, who is dropping one bombshell after another on an already devastated household of the Faith, has awakened many Catholics to the frightening reality of our situation.

Many minds have been opened to the traditionalist critique of “the regime of novelty” that has laid waste to the Church for nearly half a century of drift and decay, and now threatens to finish the job at the ludicrously misnamed “Synod on the Family.”

Consider these statistics on The Remnant’s success:

·   Remnantnewspaper.com is ranked 30,529 among all United States websites: by far the highest-ranking traditionalist website in the nation.

·   Remnant TV has had over one million views.

·  The print edition continues to come out every two weeks—at time when numerous other Catholic publication have closed their doors.

·  The Remnant’s blog brings a huge amount of traffic to its website.

And yet, at the very moment its influence has risen to the highest level in fifty years of fighting for the Church’s restoration, The Remnant’s very survival is at stake.

First of all, the cost of maintaining what is now one of the highest-ranked traditionalist websites in the world is not being offset by any income. The content is free while the demand for it—understandably so—is incessant. Catholics look to The Remnant every day for guidance in the growing storm.

Second, the print newspaper grows ever more expensive to produce as postage costs skyrocket. But subscription prices have a ceiling beyond which subscriber returns diminish. This cycle cannot go on much longer. And yet The Remnant must maintain its commitment to the print medium—especially given the potential for government control of the Web.

Third, while “mainstream” Catholic publications have large paid staffs, The Remnant—operated by Mike, his wife and children—is constantly under pressure to find the funds to pay even modest stipends to the dedicated writers, most of them with families of their own, who provide the in-depth, timely analysis on which you depend.

Quite simply, without immediate extraordinary financial assistance The Remnant apostolate cannot be sustained. And yet this crisis comes at the very moment The Remnant has emerged as perhaps the most powerful traditional Catholic voice in the world today. The irony is as painful as it is distressing. This should not be!

So-called mainstream organizations receive that kind of generous, gratuitous support all the time—and in the millions of dollars. Yet a comparative pittance is all The Remnant needs to bridge the gap, survive, and even expand its work. How can Catholics who care about Tradition fail to respond?

Do you want The Remnant to continue? Do you want to see regular commentary on Remnant TV about breaking news in the Church (including “The Mike ‘n Chris Show”)? Do you value The Remnant’s traditional Catholic blog with its trustworthy, up-to-the-minute coverage of fast-moving events the likes of which Catholics have never witnessed before, not even during the worst of the early years of the post-conciliar revolution? Would you like to see the launching of Remnant Radio—another potentially huge source of traditional Catholic influence worldwide?

If so, then my appeal to you is very simple: make a sacrificial donation immediately in order to insure The Remnant’s survival and growth. You know quite well that this great apostolate is one of the few beacons still guiding Catholics to the safe harbor of Tradition in the midst of a tempest only the willfully blind cannot see.

Don’t allow this beacon to fail. Not if you care about the Faith and the good of souls in a time of diabolical confusion in the Church.

Make a donation. Even just once. But please, do it now. And may God bless you for your loyalty to the cause in which we are all united.

Tax-deductable donations can be made via PayPal here:

[Comment Guidelines - Click to view]
The Remnant values the comments and input of our visitors. It’s no secret, however, that trolls exist, and trolls can do a lot of damage to a brand. Therefore, our comments are heavily monitored 24/7 by Remnant moderators around the country.  They have been instructed to remove demeaning, hostile, needlessly combative, racist, Christophobic comments, and streams not related to the storyline. Multiple comments from one person under a story are also discouraged. Capitalized sentences or comments will be removed (Internet shouting).
The Remnant comments sections are not designed for frequent personal blogging, on-going debates or theological or other disputes between commenters. Please understand that we pay our writers to defend The Remnant’s editorial positions. We thus acknowledge no moral obligation whatsoever to allow anyone and everyone to try to undermine our editorial policy and create a general nuisance on our website.  Therefore, Remnant moderators reserve the right to edit or remove comments, and comments do not necessarily represent the views of The Remnant.
back to top
Last modified on Wednesday, October 7, 2015
Tweet

More in this category: « Bracing for the Synod…Means, Motive, and Opportunity Vandals in Rome: Will They Sack Christian Marriage? »