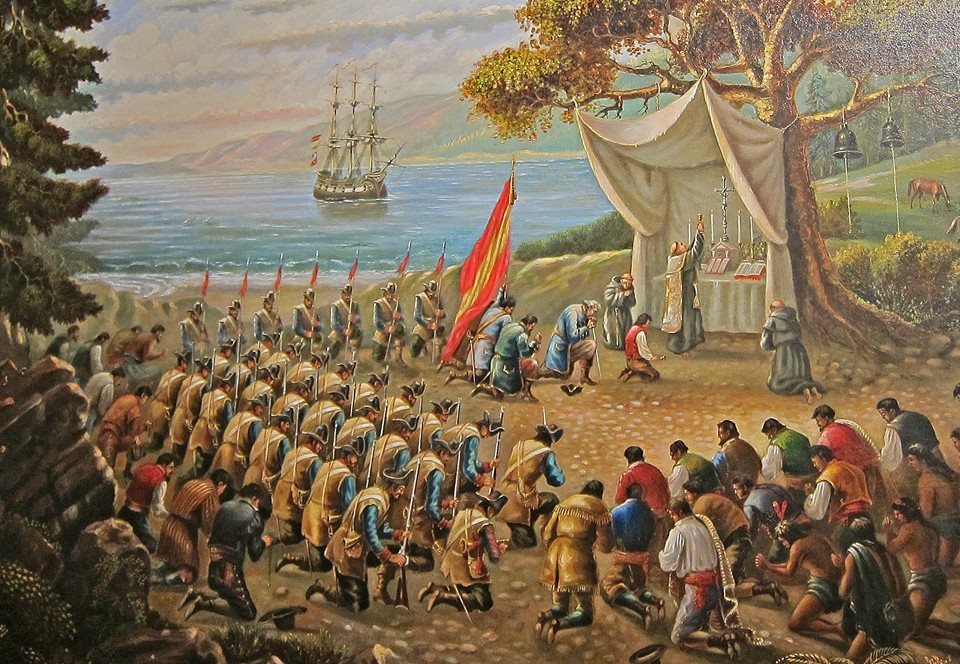 Are you preparing to eat the turkey, the dressing, the mashed potatoes, and cranberries? Put them aside and hunker down for a new twist on the Thanksgiving holiday.

“The American Indians, European immigrants, Spaniards, and other cultures around the world, according to National Geographic, often celebrated the harvest season with feasts to offer thanks to higher powers/God for their sustenance and survival.”

The Christian Science Monitor further states “the trouble is, almost everything we’ve been taught about Thanksgiving in 1621 is a myth. The holiday has two distinct histories – actual one and the romanticized one.


Today most Americans celebrate a holiday based largely on the latter, whose details of turkey and cranberry sauce decorating one long table stem from the creative musings of a magazine editor in the mid-1800′s.” You can go to those two articles debating the Puritan view, Indian massacre, and plain happiness of the Europeans that survived the wars, illness, and hunger of those first few years.

Contemplating the first Thanksgiving, I came across the sculptor, Reynoldo Rivera. His work can be seen in Albuquerque New Mexico and on this blog post page. His bronze sculptures personify the heroism and bravery of the people and leaders that formed the great American West.

Apparently, the first Thanksgiving, which means Eucharista in Greek, was celebrated in Florida. Thanksgiving was not celebrated with the Pilgrims and Indians at Plymouth in 1621.

According to Canterbury Tales‘s Taylor Marshall, “Thanksgiving was celebrated on September 8, 1565 in St. Augustine, Florida. The Native Americans and Spanish settlers held a feast and the Holy Mass was offered.”

Per Michael Gannon, a professor of colonial history at University of Florida, related further that “this first Thanksgiving took place in 1565 when the Spanish founder of St. Augustine, Pedro Menindez de Avilis, and 800 Spanish settlers shared in a Mass of Thanksgiving. Following the Mass, Menindez ordered a communal meal to be shared by the Spaniards and the Seloy Indians who occupied the landing site.

In his book, “Cross in the Sand”, the Thanksgiving menu would most likely have consisted of what the Spanish settlers had with them during their voyage: cocido, a stew made from salted pork and garbanzo beans laced with garlic seasoning, hard sea biscuits, and red wine.

If the Seloy natives contributed to the meal, the table would have seen wild turkey, venison, gopher-tortoise, mullet, corn, beans, and squash.

Again from Taylor Marshall, “another bit of trivia is that the truly “First Thanksgiving” celebration occurred on American soil on April 30, 1598 in Texas when Don Juan de Oñate declared a day of Thanksgiving to be commemorated by the Holy Sacrifice of the Mass.”

Although the history of the long trek from Mexico to “New Mexico” Don Juan de Oñate is a controversial one, the day also had a banquet of fish and other native foods to celebrate. There were foot races and a day of comradeship.

[Comment Guidelines - Click to view]
The Remnant values the comments and input of our visitors. It’s no secret, however, that trolls exist, and trolls can do a lot of damage to a brand. Therefore, our comments are heavily monitored 24/7 by Remnant moderators around the country.  They have been instructed to remove demeaning, hostile, needlessly combative, racist, Christophobic comments, and streams not related to the storyline. Multiple comments from one person under a story are also discouraged. Capitalized sentences or comments will be removed (Internet shouting).
The Remnant comments sections are not designed for frequent personal blogging, on-going debates or theological or other disputes between commenters. Please understand that we pay our writers to defend The Remnant’s editorial positions. We thus acknowledge no moral obligation whatsoever to allow anyone and everyone to try to undermine our editorial policy and create a general nuisance on our website.  Therefore, Remnant moderators reserve the right to edit or remove comments, and comments do not necessarily represent the views of The Remnant.
back to top
Last modified on Wednesday, November 25, 2015
Tweet
More in this category: « A New Book from the Remnant Press: The Mosque of Notre Dame Apollyon Unleashed: The Power to Hurt the Earth and The War on Women »