What Would Jesus Do...With the SSPX 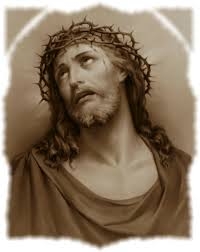 The following letter was sent to The Remnant a couple of weeks ago. It is not atypical of the thousands like it that we’ve received in recent months, posing similar questions. Perhaps posting it here will help instigate a constructive exchange of ideas about the question every one of us must answer, sooner or later: Where do we go from here?

Editor, The Remnant: I am grateful for your strong defense of this order on Remnant TV http://youtu.be/tn2nF_b76WA. It has dismayed me to learn of their dismantling under the Vatican’s Fr. Volpi. Your perspective and defense of the friars has helped me to deal with this blow.

To know the friars personally is to love and respect them. It is to wish to emulate them, if you love Jesus Christ and His true Church. I first encountered the friars in New Bedford, Massachusetts. I used to visit their chapel sometimes during lunch hour or after work and was amazed at their reverence for Jesus Christ in the Holy Eucharist. I learned much from their homilies and example about the goodness of true adoration, reverence and devotion for our Lord, present in the tabernacle. Later, I encountered them in their little, dirt-floored chapel in Baltic, Connecticut. There I learned of the friars’ commitment to humility, sacrifice, and poverty. Later, by God’s grace, they would have a church built in Griswold, Connecticut. I was never able to attend Mass there regularly because of the distance from my home, but I continued to hear about their work from time to time; seeing them in the news for their pro-life witness, for example.

Seeing this crackdown on the good friars at the hands of my church causes me to stop and assess where the church is today, where she was at the time of Vatican II, and to ask myself what ought to be done now in defense of the true church. The short of it is that these friars are innocent of heresy and corruption. They practice the true faith, faithfully and obediently. The crackdown on them sends a clear message to anyone with eyes to see and ears to hear. The message is that sin, vice, corruption and heresy are permitted, but not a “drift” towards the tradition of holy Mother Church.

Was Holy Mother Church in error for 2000 years and is only now on the right track? I want to be cautious because I know Satan has been busy since his fall, but I sense that he is pleased with what he is seeing in the church of Jesus Christ. However, I cannot know if I should leave the church, or just make my dismay known to church authorities. I am considering going to Mass at SSPX because there is a chapel in South Windsor, and I could get there in about a half hour by car. I may want to ask one of their priests to guide me. I am left with my beliefs, my Catholic formation, which my church seems to reject. I trust the Franciscan friars to be faithful witnesses of the Truth, the Life and the Way. I’m afraid that I cannot say the same about the Roman Catholic Church today. Yours truly,

Thank you, Theresa, for your thoughtful letter. You’re quite right, of course, this is nothing new, and the Devil has been warring against Christ’s Church since the first Pentecost. The fact that he is still doing so despite the apparent total victory of his modernist legions throughout the world, proves that ours is indeed the true Church founded by Jesus Christ, against which the gates of hell will never prevail. Even now in 2014, the prince of this world has certainly not counted the Church out, and for good reason. Like the mythical Phoenix, she has risen from her own ashes time and again down through the ages in order to rise up and scatter the occupying forces of Hell. Even when it appeared to all that she was finally on her deathbed, always the Church recovered her strength—and so she will again.

For this reason we never abandon hope in the Church and we never leave her, even in times like these where heartbreak and devastation are visited upon the children seemingly at the hands of the mother. But if faithful Catholics had left the Church each and every time evil men had gained temporary control of the Church’s human element she would have ceased to exist a thousand years ago and a thousand times since. It is this perennial failure of weak and ambitious churchmen to destroy the Church that reveals the divine element of the Bride of Christ—an element that will not be mocked. Men come and go but the Church is still here. The present reign of confusion in the Church will also come to a merciful end in God’s good time.

In the meantime, good Catholics such as Theresa Corbin are considering seeking refuge in the SSPX until the storm passes. Honestly, I can think of no good reason in the world why she should not take advantage of the enclaves God in His mercy has allowed to spring up, even those temporarily lacking proper canonical standing. That standing and the rules governing it are for the point and purpose of safeguarding souls and preventing schism. But when there’s a breakdown in the Church so severe that a de facto schism already opens wide between the human element of the Church and her infallible Tradition, whereby souls are endangered in the pews and playgrounds of a temporarily occupied Church, does it not become incumbent upon us to consider the spirit of the law, rather than just the letter? After all, souls hang in the balance—our own as well as our children’s.

Would God intend for His children to remain in the occupied territories of His Church where millions are losing the Faith at the hands of the very people entrusted to preserve and protect the Church? Or wouldn't He expect His children to use right reason and their sensus Catholicus in a time like this, and to take advantage of the lifeboats a few able churchmen have managed to lower onto the stormy seas—small launches piloted by priests who question no dogma, deny no doctrine, pray for Pope Francis at every Mass, and offer Sacraments in exactly the same manner the Church required for two thousand years.

I am a layman, not a theologian, and as such can tell no one where he can, can’t, should or shouldn’t go to Mass. I will, however, tell anyone who asks what I would do after the fort had been betrayed and the souls of my children are imperiled in mainstream churches—if I didn’t have a traditional Latin Mass center run by priests who recognize the cultural and ecclesiastical abomination of desolation at hand, I would not hesitate for one moment to take my children into the safe houses provided by the Society of St. Pius X, thanking God for His mercy. That is what I would do. And, let’s face it, all across the world there are tens of thousands of men, fathers just like me, with rafts of little children just like mine who would have drowned long ago in this post-conciliar tsunami had it not been for the SSPX. So to borrow the modern quip for a moment, What would Jesus do? No, really! What would He want us to do?

After all, these are desperate times, and it’s certainly not hyperbolic to note the obvious, that persecution of Catholics in America and Europe is coming. Being a traditional Catholic is already equated with homophobia and hate in many circles, for which there is no defense, no trial, no due process required by law. You either embrace perversion, or you indict yourself as a hater who does not deserve protection under the law. And it is this handwriting on the wall that is causing the neo-Catholic world from Pope “Who Am I To Judge” Francis on down to move away from a serious condemnation of what the Bible calls sins that cry to heaven for vengeance.

The winds are changing, and even on fundamental issues of morality we can no longer turn to Rome, since even the Popes themselves seem to be fleeing for fear of the wolves. If you make a principled stand against perversion you will stand alone, and you will have little recourse to priest or pope. Catholics are being systematically isolated for fidelity to the traditional liturgical, doctrinal and moral teachings of the Catholic Church. So guess who may well be first to test out those fancy cells in the new and improved gulags that even Justice Scalia now sees in our not too distant future.

What hath Vatican II wrought? Precisely this: Chaos, for Christ's Church is being driven underground and rank modernists are coming to occupy the seats of the Apostles. These men may mean well but they are no match for secularist barbarians and infidel hordes who’ve been waiting millennia to sack Christendom once and for all.

The days we have left should perhaps be devoted to the complete rejection of popular culture, the total embrace of the liturgical tradition of the Catholic Church to the utter exclusion of the insufferable Novus Ordo and to the strengthening of our families and home-school communities through the rosary and a return to the pre-Vatican II spiritual life. Nothing else matters. Every other concern is folly. And if the SSPX provides you with a haven to accomplish this most important task and to prepare your children's souls for what is to come, then, well, again, what would Jesus do?

Let us pray for each other that our faith will not fail us, and that we will never despair, remembering always that with the threat of persecution comes great cause for hope, since the very need for that persecution itself provides proof that the revolution has failed again and that God’s glorious sun will rise again and that this dark night will pass. Ad majorem Dei gloriam!

“If I be asked what sign we may look for,” wrote the great Hilaire Belloc, in Survivals and New Arrivals, “to show that the advance of the Faith is at hand, I would answer by a word the modern world has forgotten: Persecution.  When that shall once more be at work it will be morning.” ■

Published in Remnant Articles
back to top
Last modified on Monday, February 10, 2014
Tweet