The Remnant Demands a Retraction from Fr. Longenecker Featured 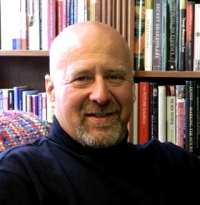 (Ooo, scary!  Sounds like something right out of the Southern Poverty Law Center’s “Intelligence Report”. Let’s do backflips now to show our jailors how anti-fundamentalist and reasonable we all are.)

With life in an increasingly Christophobic world going from bad to apocalyptic, one wonders what motivates a relatively orthodox Catholic priest to wake up one morning and say: Today I think I’ll launch an Internet attack against all the traditional Catholics in the world.


Traditional Catholics have their problems, to be sure, but is Father Longenecker aware that the next president of the United States may well be Hillary Clinton? Did he somehow miss the news that homosexual ‘marriage’ has become the law of the land? Didn’t he notice that priests in Philadelphia have been sexually abusing hundreds of children over the past couple of years, and that another massive scandal lawsuit is in the works?

Doesn’t’ Father realize that “fundamentalism” now includes those opposed to homosexual marriage and abortion, too?

As I read through his completely unprovoked attack against all of us, a couple of thoughts came to mind: Father Dwight Longenecker must have a lot of time on his hands, and Father Dwight might be a little obsessed with traditional Catholics.

He must have time on his hands, right?  How would he know as much as he claims to know about these sick, angry, paranoid, violent, hateful traditionalists unless he had ample time on his hands to comb through the fever swamps in search of evidence? He evidently stumbled across a couple of wingnut websites and, based on that, launched his offensive against all traditional Catholics.

His logic (or lack thereof) suggests that Father Longenecker may be a little obsessed with traditionalists. But why? According to his online bio, Father enjoys watching movies, riding his motorcycle, hanging out with his wife and four children (Father is a former Anglican married priest) and walking his Labradors and a cat named James. He seems to enjoy quite a full life. So why would he be obsessed with us?

Perhaps Father has a guilty conscience?  A priest who decides to sit on his hands and offer nary a word of warning to his sheep during this turbulent reign of Pope Francis may well wrestle with his conscience, I suppose.  And maybe it’s just easier for Father to assassinate the character of those who are speaking out about the naked emperor, rather than confronting the problem head on.  It’s a fun little strategy, I would imagine, if you’re smart enough to fool yourself that you occupy the high ground.

Perhaps Father’s superiors (or his wife, Alison) would take umbrage at him pointing out the obvious about this unconventional pope of ours who insists atheists go to heaven, Mary at the foot of the Cross felt the angel had lied to her, Jews don’t need to hear the Gospel, contraception to prevent the Zika virus is cool, and even popes need to chill out when it comes to gay priests. I don’t know what it is, but the main problem I have with Father Longenecker is his failure to be forthcoming about exactly who he’s targeting.

Instead, he just sort of lumbers out onto the World Wide Web and starts firing scud missiles in every direction and at all traditionalists—except for those few with whom he happens to agree... who must also remain nameless, of course.  Yes, he says he’s on the side of the good traditionalists—evidently those who like Latin Masses, have no problem with the New Mass and can be counted on never to question anything Pope Francis says, no matter how offensive to pious ears it may seem.

All the other traditionalists, according to Father Dwight, are “fundamentalist, obnoxious and unlikeable people who get a sick thrill out of anticipating persecution.”  (I wonder if my 7 children would agree that I’m obnoxious and unlikeable, and that I just can’t wait to see them all martyred. My little Sophia, for example, is just 6 years old and, according to Father Longenecker, I guess I get a “sick thrill out of anticipating her persecution!”)

Pardon me, but what exactly is this man’s problem!?

And of course Father kisses right up to the far-Left Southern Poverty Law Center when he writes that Catholic traditionalists are "tinged with anger” and “given enough rope will move from verbal violence to physical violence," since they are all, "paranoid hate mongers."

I kid you not! This judgmental priest actually went online and spewed this rot against Catholics he doesn’t know and doesn’t particularly like.  No wonder anticlericalism is on the rise!

You like apples, Father? Well how about these apples: Your cool little goatee and carefully shaved head lead me to conclude that you are ready to move from Catholic priest to satanic priest, following after your hero, Anton Szandor LaVey. And on what evidence do I base this? Why the goatee and the shaved head, of course. Isn’t it obvious where Father Dwight is heading? To the Church of Satan, of course!

Does Father believe such calumny is the sort of thing in which Catholics are free to engage whenever they get really mad at somebody on the Internet? No? Then why did he just calumniate a couple of million traditional Catholics as “paranoid hatemongers” ready to turn violent?  What was he thinking, and when is he going to issue his public apology?

Think of how Father Longenecker’s words fanned the flames for the Catholic-bashing Chirstophobes on the far-Left—folks who are out there every day trying to make the case that pro-life, pro-family, and pro-tradition Catholics are dangerous hate-mongers who need to be on every government watch list from now on. Now these same radical Leftists can point to Father Longenecker and say: “See, even their own priests are trying to warn the world that these haters must be stopped before they turn violent.”

For a Catholic priest to make such wild, unfounded and inflammatory statements is unconscionable. And yet this is the extent to which neo-Catholics are evidently willing to go in order to silence traditional Catholics.

Hardly the patient approach one would expect from a Catholic priest trying to reach souls traumatized by an endless series of priest/sex scandals in the Church today. Where’s the compassion these same neo-Catholics insist on trotting out when it comes to dialogue with homosexuals, Protestants, the Orthodox, atheists, etc.?

“Rack him", snarled Sir Richard Rich to Cromwell as he threw Thomas More under the horses hooves in a boot-licking attempt to curry favor with the enemies of the Church in 16th century England.

"Arrest them," implies Father Longenecker, “for sooner or later these traditional Catholics will resort to violence anyway.”

Since he names none of us, he is obviously accusing all of us. Father tells us he won't name names because he doesn’t wish to "wallow in the sewage", and so his readers are left to come to their own conclusions as to which of us he is referring.  All traditionalists? Some? A few? Most? Many? Who knows! Father doesn’t say. He is non-discriminating in his calumny, which he attempts to justify on the basis that traditionalists "have no true repentance in their hearts, anyway, and are driven by the worse kind of pride: spiritual pride".

How does he know that? Has he interviewed them all? Has he heard their confessions?  And, by the way, who is he to judge?

According to Father Dwight, traditionalists know better than the pope, which makes them no better than Protestant fundamentalists. (I guess ecumenism has its limits after all.) Traditionalists also think they are “the Remnant [Gee, I wonder why Father capitalizes that word] of faithful ones who remain,” and their response to his completely unproved attack will be to "retreat further into their self-made holy fortress and throw stones over the parapet at me—not addressing my point, but resorting to name calling".

We’re the ones given to calling names? The irony of this silly attempt to preempt any legitimate defense against his petulant attack is evidently lost on the guy who just penned an entire blog post calling fellow Catholics “paranoid, fundamentalist, hate mongers, conspiracy theorists with a persecution complex, who are angry and self-righteous, and given to violence.”

Thank goodness, Father Longenecker isn't into name-calling. That would be really bad!

As the walking wounded of what's left of the Catholic Church must now endure the homosexualization of their priesthood, the protestantization (‘trivialization’ was the word Pope Benedict used) of their liturgy, the “silent apostasy”, the falling away from the faith of their children, and the bizarre spectacle of a pontificate that has clearly gone off the rails—it’s Father Dwight to the rescue in a rather desperate effort to demonize those with whom he disagrees while, at the same time, demonstrating to the powers that be just how thoroughly he can be counted on to carry their water for as long and as far as they wish.

As soon as he’s through anathematizing the scattered sheep, perhaps Father Longenecker will be good enough to issue a retraction of his libelous claim that we are about to “move from verbal violence to physical violence.”  Surely in the present climate, where domestic terrorism is a top priority for law enforcement everywhere, Father can see how his words could so easily be used against good Catholics around the world, threatening their priests, children and homeschools.

Whether or not he’s referring directly to The Remnant in his attack, in the name of traditional Catholics everywhere we demand a retraction from Father Dwight Longenecker.

[Comment Guidelines - Click to view]
The Remnant values the comments and input of our visitors. It’s no secret, however, that trolls exist, and trolls can do a lot of damage to a brand. Therefore, our comments are heavily monitored 24/7 by Remnant moderators around the country.  They have been instructed to remove demeaning, hostile, needlessly combative, racist, Christophobic comments, and streams not related to the storyline. Multiple comments from one person under a story are also discouraged. Capitalized sentences or comments will be removed (Internet shouting).
The Remnant comments sections are not designed for frequent personal blogging, on-going debates or theological or other disputes between commenters. Please understand that we pay our writers to defend The Remnant’s editorial positions. We thus acknowledge no moral obligation whatsoever to allow anyone and everyone to try to undermine our editorial policy and create a general nuisance on our website.  Therefore, Remnant moderators reserve the right to edit or remove comments, and comments do not necessarily represent the views of The Remnant.
back to top
Last modified on Thursday, March 10, 2016
Tweet

More in this category: « The First Demotic Pope Scandalizes the Little Ones Summorum Pontificum: Lifeline, or Anchor? »