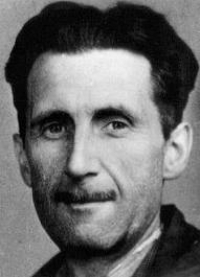 I believe many Catholics today have been lulled and propagandized into a too-defensive position, causing them, mostly unconsciously, to feel hesitant, if not embarrassed, to proclaim their Faith. Although parts of the following little essays may seem a tad pugnacious, keep in mind that any points readers may find worthwhile must be expressed with tact, prudence, and, above all, charity. Choose your audience well, perhaps your golfing buddies.

I. Are You a “Catholic Christian”?

My first reaction to hearing this often-repeated phrase was negative, but I could not understand why. Now I think I do. Consider these situations: Would you say to your wife, “Please pass me a fork utensil”? Do you say to your neighbor, “I enjoy baseball sport”? Do you ask your grocer if he has “oranges fruit”? Rhetorical questions, to be sure; we don’t normally find it necessary to identify a sub-category with its category—unless the person doesn’t understand the connection. If you uttered any of the above quotations, your listener might think you a little odd, or, at best, speaking in near-redundancies.

Then why do so many of us today refer to ourselves as “Catholic Christians”? I believe this is an unconsciously defensive phrase, perhaps said to make sure people understand that Catholics are true Christians. Is this really necessary? Do most people think that a Cadillac is not actually a car? Well, I’ve read about some Protestant bigots who believe that Christianity really began with Martin Luther, and that Catholics/Papists aren’t really Christians, that our Church might even be the Anti-Christ. Start to notice how often Catholics use this phrase. I just heard a priest on EWTN use it. I checked the website of a Catholic elementary school, and it was there, too. I think the phrase is both commonplace and unnecessary, and my objection is not just a linguistic cavil. Considering that from Its foundation until the Revolt 1500 years later, the Catholic Church was the only Christian Church, we should not have to remind people—and ourselves—that the Roman Catholic Church is Christian. And, if you’re in a puckish mood and point this problem out to a priest, and he responds, “Why don’t you like this phrase?”, tell him that it’s a pleonasm.

We have all been in ideologically mixed company when there emerges the unpleasant topic of teenage promiscuity. Faithful Catholics’ ears should redden when we hear or overhear conversational fragments like this: “…well, if they’re sexually active, there’s not much to do except to make sure they have protection…” Now you can smile and ignore this, or, like me, you can sometimes lead with your chin. I posed to my audience, by writing on a napkin, a multiple-choice moral quiz but without first stating it as such. Here’s the list:

A) A couple falls in love (or lust) and engages in pre-marital sex.

B) They use a condom.

D) The couple opts to “terminate the pregnancy” because they are too young to begin a family.

Now, ask someone to choose the “Least desirable phenomenon” of the four. Unfortunately, he or she today is most likely to choose “c.” This is the opportunity to preach! Remember, you must point out evil acts just as you must not judge the actors. Tell this audience that all the choices except “c” (conception) are moral evils! There is not even a need to reference Dante and point out that “sin ‘a’” might be relegated to a higher circle of Hell than “b” or “d.” If this overt didacticism is not your style or appropriate in this given situation, try this in deadpan:

“Yes, well, you know that besides the problem of teenage promiscuity, there is this new, rampant fad of home burglaries.” Ignore their quizzical stares and continue: “Yes, and our children kept coming home with those horrible cuts on their arms from the broken glass; so we decided, that, since they were going to be larcenally (sic) active, we would provide them with leather safety gloves for protection.”

Those who see your point immediately will scoff that the comparison is a poor one, but you can then defend your analogy by saying, “Yes, I’ve just changed Commandments from the Sixth to the Seventh and referenced more egregious sins than petty theft, viz., fornication, the use of artificial birth control, and, worst of all, abortion.”

III. Fear Not the Third Person

“For Catholics, the use of artificial birth control is considered a sin.”

“As a Catholic, I believe abortion is an evil.”

“We Catholics believe that homosexual acts are morally wrong.”

“I believe, as a Catholic, that there are three Persons in one God.”

You see nothing amiss? Try these:

“In my family, we think the Nazis did evil things.”

“I personally believe that Los Angeles is in California.”

“I think that putting your hand into boiling water hurts.”

See? I once sat in on an apologetics class at a college and heard the instructor say, “The truths of the Catholic Church are truer than mathematical truths.” Since we would never subjectively pull our punch by using the first person for the obvious truths in the second group of quotations above, why do we do so in the first group? Why are we afraid to use the third person, to state the truths of our Church as objectively true, and applicable to all people in all times?

What would happen if, in casual or formal conversation, you were to make these same statements omitting the crossed-out words?:

“For Catholics, the use of artificial birth control is considered a sin.”

“As a Catholic, I believe abortion is an evil.”

“We Catholics believe that homosexual acts are morally wrong.”

“I believe, as a Catholic, that there are three Persons in one God."

True, more conversions occur through the silent sermons of our acts; however, do not succumb to today’s false ecumenism, let alone the outright heresy of indifferentism and the lethal danger of moral relativism. Of course, remind them that errors have no rights.

You didn’t really like those golfing buddies anyway, did you?

Published in Remnant Articles
back to top
Last modified on Monday, February 17, 2014
Tweet

More in this category: « Christophobia: The Socially Acceptable Hate Latest from Socci: The Papal Games »