ABORTION'S LEGALITY REMAINS IN PLAY: The Supreme Court has revisited the issue numerous times since 1973 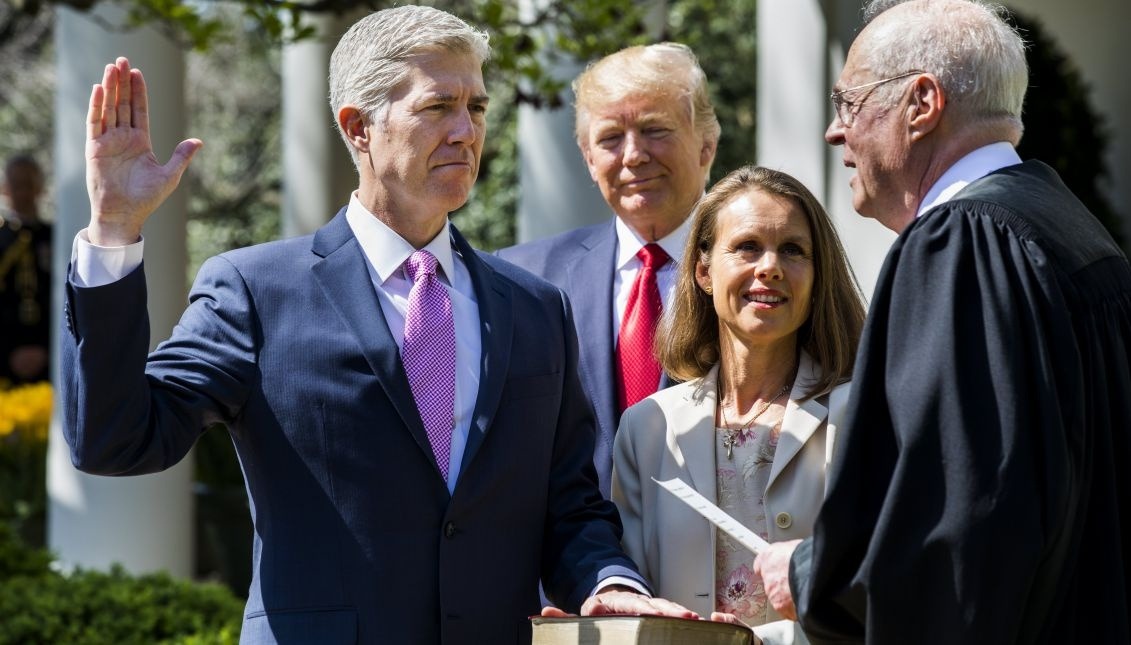 The confirmation of Justice Neil Gorsuch to the U.S. Supreme Court raised speculation about whether it will lead to the reversal of a federal right to abortion. The answer is still unclear, but in any case, it is important to remember that such a reversal wouldn’t outlaw abortions — it would return the issue to the states, where it belongs.

The Supreme Court’s position on abortion is much more nuanced than many believe it to be. Although the court did create a constitutional right to abort in Roe v. Wade and Doe v. Bolton, the judgment itself opened the door for future recognition of a right to life for the fetus, contingent on his recognition as a person: “If this suggestion of personhood [that the fetus is a person] is established, the appellant’s case, of course, collapses, for the fetus’ right to life would then be guaranteed specifically by the Amendment.”


Following Roe, the Supreme Court frequently ruled in favor of abortion providers, but it also placed a number of limitations on the constitutional right to abort. It upheld state requirements that only licensed physicians perform abortions and that late-term abortions be performed in a licensed hospital (Connecticut v. Menillo and Simopoulos v. Virginia). It allowed states to require parental consent and notification for abortions on minors as long as judicial bypass was provided in Bellotti v. Baird and H.L. v. Matheson, among others.

The court allowed states to ban abortion counseling and referrals in family planning clinics and held that informed consent statutes would not be invalidated even if their purpose was to persuade a woman to choose childbirth over abortion (as in Planned Parenthood v. Danforth and Rust v. Sullivan).

In 2007, in Gonzales v. Carhart, the court upheld a federal partial-birth abortion ban prohibiting dilation and extraction, an inhumane abortion procedure that Justice Scalia characterized as bordering on infanticide. Justice Kennedy, who wrote the majority opinion, referred to the human fetus as an “unborn child” and discussed the potential harm of this abortion procedure to women’s health.

Most importantly, the U.S. Supreme Court has found no constitutional right to government-funded abortions (see Maher v. Roe, Beal v. Doe, Poelker v. Doe and Harris v. McRae, among others). In cases like Williams v. Zbaraz and Webster v. Reproductive Health Services, the court has held that states are not required to fund abortions or to allow use of public facilities and employees for abortion and that states can use funds to encourage childbirth over abortion. Both the federal and state governments may choose to fund abortion, but they are not constitutionally required to do so.

Reconsideration of the right to abortion created by Roe has been a recurring theme. Three justices urged reconsideration or overturning of Roe in Webster v. Reproductive Health Services, where Justice Blackmun, author of the Roe majority opinion, wrote that “a chill wind blows” for those who support abortion rights. Four justices later voted to overturn Roe in Planned Parenthood v. Casey. Justice Sandra Day O’Connor, the court’s first female justice, who wrote the Casey majority opinion, also recognized state interests in fetal life throughout pregnancy, even before viability, and lowered standard of review for abortion-related claims, abandoning strict scrutiny for the undue burden test.

After the death of Justice Scalia in 2016, however, five Supreme Court justices (Breyer, Kennedy, Sotomayor, Ginsburg and Kagan) voted to strike down Texas requirements for abortion providers, where the said regulations would predictably increase operating costs and shut down most of the state’s abortion clinics (Whole Woman’s Health v. Hellerstedt).

Justice Neil Gorsuch is a conservative with no track record on abortion. The pro-life movement is certainly expecting him to side with justices who dissented in Whole Woman’s Health, namely Justice Alito, Justice Thomas and Chief Justice Roberts. One more justice, however, would be needed to balance the court’s current pro-choice stance.

The Supreme Court has in the past overruled some of its own judgments on abortion, such as in Thornburgh v. American College of Obstetricians and Gynecologists and Stenberg v. Carhart. Therefore, nothing prevents a future composition of the court to reconsider Roe, as repeatedly indicated by Justice Scalia. A reversal of Roe v. Wade would not imply that abortion would again become illegal, but it would mainly return the issue of abortion back to the states.

Overturning Roe would not outlaw abortion, but it would most likely put an end to 44 years of categorizing it as a fundamental right protected by the U.S. Constitution.

- Reprinted with permission from Our Sunday Visitor
Published in Remnant Articles

[Comment Guidelines - Click to view]
The Remnant values the comments and input of our visitors. It’s no secret, however, that trolls exist, and trolls can do a lot of damage to a brand. Therefore, our comments are heavily monitored 24/7 by Remnant moderators around the country.  They have been instructed to remove demeaning, hostile, needlessly combative, racist, Christophobic comments, and streams not related to the storyline. Multiple comments from one person under a story are also discouraged. Capitalized sentences or comments will be removed (Internet shouting).
The Remnant comments sections are not designed for frequent personal blogging, on-going debates or theological or other disputes between commenters. Please understand that we pay our writers to defend The Remnant’s editorial positions. We thus acknowledge no moral obligation whatsoever to allow anyone and everyone to try to undermine our editorial policy and create a general nuisance on our website.  Therefore, Remnant moderators reserve the right to edit or remove comments, and comments do not necessarily represent the views of The Remnant.
back to top
Last modified on Wednesday, June 21, 2017
Tweet
More in this category: « Radical Islamic Terrorism and the Spirit of the Crusaders A MAJOR SSPX CLARIFICATION: Towards a Doctrinal Agreement? »