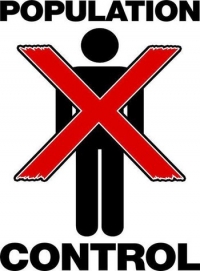 The bottom line is that the invited speakers at this conference include various climate alarmists who zealously preach the pretext of man-made climate change to justify their agenda of population control (including birth control and abortion) which must be carried out by global governance in order to save the planet.

One of the speakers at the coming conference even said “sometimes politicians have to take citizens to task “with coercion” to overcome their own resistance to change.”

Another “describes abortion as a “lower-risk and lower-cost option” than bringing a new human life to the world.”

Another is “a patron of Population Matters, formerly known as the Optimum Population Trust, that lobbies for a “sustainable population size,” including the “reversing of population growth” in many countries.”

Another was bold enough to say, “"We need at some point to have a limited number of people, which is why Pope Francis and his three most recent predecessors have always argued that you should not have more children than you can bring up properly."

The irony here, is that if St. John Paul II were alive today even he’d be driving these people out of the conference with a whip. For John Paull II, whose papacy ended only twelve years ago, roundly condemned the ideology of the very participants Francis routinely allows at these events. In Familiaris Consortio he said:

…Thus an anti-life mentality is born, as can be seen in many current issues: One thinks, for example of a certain panic deriving from the studies of ecologists and futurologists on population growth, which sometimes exaggerate the danger of demographic increase to the quality of life.

But the church firmly believes that human life, even if weak and suffering, is always a splendid gift of God's goodness. Against the pessimism and selfishness which cast a shadow over the world, the church stands for life: In each human life she sees the splendor of that "yes," that "amen," who is Christ himself. To the "no" which assails and afflicts the world, she replies with this living "yes," thus defending the human person and the world from all who plot against and harm life.

The church is called upon to manifest anew to everyone, with clear and stronger conviction, her will to promote human life by every means and to defend it against all attacks in whatever condition or state of development it is found.

Thus the church condemns as a grave offense against human dignity and justice all those activities of governments or other public authorities which attempt to limit in any way the freedom of couples in deciding about children. Consequently any violence applied by such authorities in favor of contraception or, still worse, of sterilization and procured abortion must be altogether condemned and forcefully rejected. Likewise to be denounced as gravely unjust are cases where in international relations economic help given for the advancement of peoples is made conditional on programs of contraception, sterilization and procured abortion

And there you have it. With these conferences, in addition to Amoris Laetitia, Pope Francis’ Vatican has effectively declared war on Neo-Catholicism. Let’s pray God gives these conservative Catholics the grace to recognize the danger and respond accordingly.
Published in Headline News Articles
Tagged under

[Comment Guidelines - Click to view]
The Remnant values the comments and input of our visitors. It’s no secret, however, that trolls exist, and trolls can do a lot of damage to a brand. Therefore, our comments are heavily monitored 24/7 by Remnant moderators around the country.  They have been instructed to remove demeaning, hostile, needlessly combative, racist, Christophobic comments, and streams not related to the storyline. Multiple comments from one person under a story are also discouraged. Capitalized sentences or comments will be removed (Internet shouting).
The Remnant comments sections are not designed for frequent personal blogging, on-going debates or theological or other disputes between commenters. Please understand that we pay our writers to defend The Remnant’s editorial positions. We thus acknowledge no moral obligation whatsoever to allow anyone and everyone to try to undermine our editorial policy and create a general nuisance on our website.  Therefore, Remnant moderators reserve the right to edit or remove comments, and comments do not necessarily represent the views of The Remnant.
back to top
Last modified on Friday, August 4, 2017
Tweet