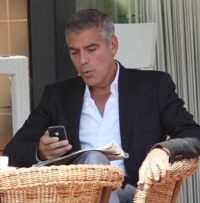 Hollywood liberal activist, George Clooney, donates to the SPLC on his Apple phone?

What do actor George Clooney, Apple, and the Washington Post all have in common? They support the radical agenda of the $320 million Southern Poverty Law Center (SPLC).

The media, big corporations, and Hollywood are pouring millions into the coffers of the SPLC for one express purpose: to marginalize and ultimately silence the voice of Christians.

If they succeed, the consequences will be devastating to your family, your children, the church, local schools, and our country. That's why I am writing with so much urgency today!

FRC's work, in addition to your financial assistance, will help us fight back with our own dedicated campaign calling out the SPLC's radical initiative, that includes...

The SPLC's campaign also targets FRC and many other Christian, Catholic, and Pentecostal organizations as "hate groups" -- lumping us in with the KKK and Neo-Nazis.

Exposing the SPLC's radical agenda is one of the highest priorities we have here at FRC in 2018. Part of the resources we raise are dedicated to continue our tracking and researching the ins and outs of the SPLC's radical agenda, exposing it online at sites like SPLCexposed.com, monitoring their activities, and alerting families, Christians, and other concerned citizens about their destructive activities.

Please let me hear from you today! Your tax-deductible gift will help us fight the SPLC with all of the muscle we can muster. With your support, we can win this battle. 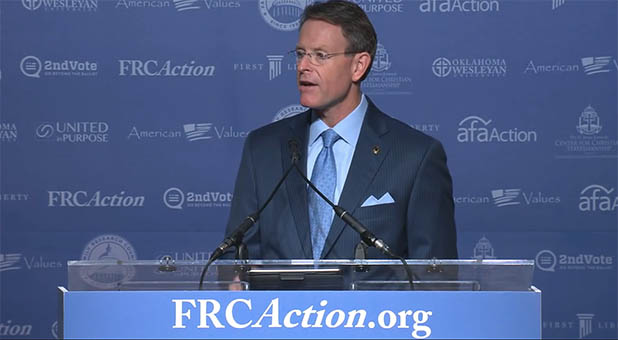 REMNANT COMMENT: Supporting non-Catholic organizations attempting to expose the fundamentally Christophobic Southern Poverty Law Center (SPLC) has to be one of the more legit ecumenical endeavors I can think of.

The Remnant is listed as a hate group by the SPLC too, of course—something of a badge of honor at this point—but we’re just one of a growing list of Christian groups targeted by the SPLC—one of the largest and richest ACTUAL hate groups in America.  What they want is to shut us all down.

Over the years, we've considered the legal option, of course; but the SPLC is comprised of cunning Far-Left lawyers—experts in the use and exploitation of laws protecting free speech. The same laws that protect our freedoms of speech and the press also provide inadvertent cover for the SPLC.

Here in America, victims of this kind of slander have very little legal recourse.  They say we’re a “hate group”, but what does that mean? How is “hate” legally defined or definable? It’s just the opinion of the SPLC that we’re “haters”, and everyone is free to make of that what he wants. But it’s not technically against the law.

There is an alternative strategy, however, that is gaining plenty of traction.  I’m referring to the organized effort to defeat the SPLC in the court of public opinion. Christian groups, pro-life organizations, libertarians and a wide variety of different conservative groups have united in an effort to raise awareness about the radical agenda to silence Christian America.

We wish Godspeed and every success to the FRC as they go on offense against the Southern Poverty Law Center.  We’ll do whatever we can to help the cause, which is gaining powerful allies.  Here, for example, is John Stossel—a mainstream libertarian commentator who, though not particularly conservative, nevertheless recognizes a total fraud when he sees one:

[Comment Guidelines - Click to view]
The Remnant values the comments and input of our visitors. It’s no secret, however, that trolls exist, and trolls can do a lot of damage to a brand. Therefore, our comments are heavily monitored 24/7 by Remnant moderators around the country.  They have been instructed to remove demeaning, hostile, needlessly combative, racist, Christophobic comments, and streams not related to the storyline. Multiple comments from one person under a story are also discouraged. Capitalized sentences or comments will be removed (Internet shouting).
The Remnant comments sections are not designed for frequent personal blogging, on-going debates or theological or other disputes between commenters. Please understand that we pay our writers to defend The Remnant’s editorial positions. We thus acknowledge no moral obligation whatsoever to allow anyone and everyone to try to undermine our editorial policy and create a general nuisance on our website.  Therefore, Remnant moderators reserve the right to edit or remove comments, and comments do not necessarily represent the views of The Remnant.
back to top
Last modified on Wednesday, February 14, 2018
Tweet