The Mass Debate: If it’s just about smells and bells, then the hell with it! 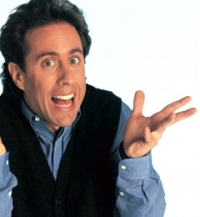 Obervations of a Recent Convert from Lutheranism

One of my favorite Seinfeld episodes features Jerry’s dentist, who has decided to convert to Judaism. Jerry suspects that his dentist has only converted so that he can use self-deprecating Jewish humor without being offensive. Concerned, Jerry visits a priest (a fact in the storyline that is ironically incidental for my purposes) and tells him what’s going on. “Hmm,” replies the priest after hearing about the offensive dentist. “And this offends you as a Jewish person?” “NO!” replies Jerry. “It offends me as a comedian!”

Likewise, traditionalists are often asked to clarify precisely what it is that ‘offends’ them about the Mass of Paul VI. Yet if you ask many Catholics keen on the ‘old ways’, their annoyance with the Novus Ordo Mass will often be articulated merely through descriptions of liturgical inanity and, most notably, musical torture. “The Mass of Paul VI…” someone might ask a traditionalist, “…it offends you…as a Catholic?”

“Well…” most trads might respond. “…more specifically, it offends us as Christian humanists, and lovers of good architecture, art, and music, and as defenders of Western Civilization.” Perhaps their answers won’t be that dramatic or even that explicit, but aesthetic interests and concerns over a certain irreverence that follows from ubiquitous inattention to the nature of beauty and proper form are often at the forefront of complaints about Novus Ordo worship style.

I can understand these sorts of worries, to be sure. As a convert, I understand too well just how insane Catholics were to ditch their own aesthetic treasure chest. Back when I was a Lutheran kid, I envied the beauty of the Catholic tradition. As gorgeous as I rightly found many Lutheran churches, and despite the genius, beauty, and unrivaled grandeur of the choral tradition in which I was raised, I saw Catholicism (for the most part) beating out Lutheranism in the beauty game. Catholicism, as seen from afar—and especially through the eyes of a naive teenager touring through Christendom on a Eurail pass—was the epitome of culture (or was, as the empty Gothic temples attested), and its embarrassment of aesthetic and intellectual riches was, from my perspective then as now, a persuasive argument for its truth.

Certainly, the current Calvinist mutation known as the Prosperity Gospel is the most horrific of the protestant ideas currently getting play, which certainly puts it in the running for the most troubling heresy of all time; to entertain the idea, even in some suitably nuanced form, that one’s piety is evidenced by one’s mortgage application approval—well, the lunacy of this idea puts pressure on Thomas Aquinas’ insistence that even the craziest arguments contain a grain of truth.

However, a Catholic variant of the prosperity gospel nevertheless has warrant. To wit: we can rightly say that the Catholic faith is the true faith simply by pointing to its superior aesthetic splendor—particularly, its distinctive liturgical ceremony, one that has given rise to unrivaled music, art, and architecture. The Catholic Church is the true church because we have Chartres, Josquin and Palestrina, and Raphael. And that makes sense. After all, Catholicism is the fullness of being, and beauty is a transcendental on being. Where you have the one, you’re going to have the other.

While a Lutheran, I couldn’t articulate this argument to myself quite in this way, but I certainly feared something like this deep down; for it was my appreciation for Catholic beauty, more than anything else, that provided the impetus for my eventual exploration of Catholic dogma and wholesale conversion.

(We should importantly note that the greatest stumbling block I had to converting, and in turn the greatest and perhaps only real aporia facing Catholicism as a whole, is the reverent Lutheran piety of J.S. Bach. I am completely serious about this.)

So I understand the vexation of traditionalists. I myself simply cannot understand how a Church with such a rich deposit of musical gold at its ready disposal would opt for ditties about gathering together the people of God (or some such inane thing), written by composers who clearly have no sense of melody and who obviously learned counterpoint by listening to Blood, Sweat, and Tears.

As a former Lutheran, and trained musician, this state of affairs is especially exasperating, as I left a church that had a brilliant musical tradition. To leave behind the seminal contrapuntal stylings of Praetorius, Schein, and Bach, and the deeply, astutely, theological choral poetry of Nicolai, Kingo, and—yes, sorry trads!—Luther himself, for the utterly banal, idiotic nonsense that passes for music in the Novus Ordo Catholic Mass...well, my conversion simply makes no sense, if aesthetics and reverence were my primary concerns. (I should add: the first month of the liturgical calendar is always the toughest, this side of the Tiber. I pine for my old Lutheran Advent Vespers, given what I’m stuck with by comparison. For Lutheran converts, December is the cruelest month.)

I don’t have a conspiracy-mongering bone in my body, but I’d be quite willing to entertain talk of an Illuminati take-over of the Church, and/or some sort of quiet Masonic usurpation, simply given the aesthetic nightmare we are living in…if it wasn’t for the fact that even the Masons don’t have such bad taste.

At any rate, it makes me sad.

But let’s get back to the answer here. Are trads really offended at the Novus Ordos Mass as Catholics? So far, the answer appears to be…not really. The answer given so far is that it’s not the content of the Novus Ordo Mass that is offensive, but the performative package that it is often wrapped in. Yet surely, these idiotic musical ditties we must endure are not intrinsic to the Mass itself. I

t seems reasonable to assume that if aesthetical deviations were the only problem, then if we remove the new mass from the slime of Haugen and Haas (and other guilty parties), we’ll have something pure and good. We’ll have, many argue, something as rich, full, and true, as the Traditional Latin Mass. We should remember, moreover, that Marty Haugen, the walking symbol of everything that is wrong with American Catholicism today, is not himself Catholic. It’s not his fault that some Catholic folks have virtually canonized him. He’s no doubt laughing all the way to the bank. Let’s replace him and his ilk with some good stuff! traditionalists argue.

Fair enough. But while I sympathize with this argument, it’s not the whole story. Because even if we replace the ditties with meaningful poetry and the trite hymns with melodically and harmonically rich alternatives; and even if we, please God, raze churches like the Taj Mahoney to the ground, and worship only in iconically saturated, vertically rendered architecture; and even if we chant the gospel and genuflect and kneel…we still have problems.

Does the Novus Ordo Mass, per se, offend us as Catholics? The answer, sadly, is yes. Yes it does. Which doesn’t mean there is nothing good about it. There is much that is wonderful about it. I attend a Novus Ordo Mass that is reverently celebrated, and can speak to its appeal. But there is much that is worrying about it, nonetheless. And it behooves us as traditionalists (whatever that means, precisely) to focus on these worries, charitably, and forcefully. We should keep our eyes on the prize.

As trads, we must keep this thesis front and center. I have spilled many words here describing the potential of the New Mass to slouch towards aesthetic banality. And banal it is…often enough. And those who complain of its potential for ugliness and silliness are entirely right to do so. Clearly, the Gather hymnal is a disaster of epic proportions, and the Taj Mahoney offends not just God, but any cultivated man’s sense of taste, Catholic or not. It behooves us not just as the ‘remnant’ of Catholicism, but derivatively, as the remnant of Western Civilization, to point out these aesthetic deficiencies ubiquitous to Novus Ordo worship and practice.

That’s not the point, at the end of the day. The point of the traditionalist struggle, and its raison d'etre, and its primary desire to see the TLM widely celebrated, is that the content of the Old Mass, and not just its form, is good and right. Traditionalists must point out the deficiencies in the prayers of the New Mass, and they must focus their argument there. After all, there is no reason a New Mass cannot be reverently celebrated, and beautiful to boot. I am fortunate to witness this at my own Novus Ordo parish. So—in other words, complaints about aesthetic banality just don’t cut deep enough. And ultimately, they won’t convince. To riff on Flannery O’Connor, if it’s just about smells and bells, then the hell with it. We must focus on the content, and leave our aesthetic concerns for discussions at the pub.