A debate has been raging for centuries among the Eastern Orthodox over whether Moscow is the “third Rome”. Constantinople, the capital of the eastern wing of the old Roman Empire, was the “second Rome,” the Third Romers argue. To be sure, Constantinople held out long after the “first Rome” fell to invading barbarian hordes. St. Augustine wrote City of God in the early 400s to explain why the sack of the West by the Visigoths was not the Christians’ fault, but by that time it was already too late, Third Romers say. The spirit of Rome had moved on, settling in the East until it, too, fell. When Sultan Mehmed II sacked Constantinople in 1453, there was the same panic as in Rome itself a thousand years before. Where would the third “Rome” be?

While there were many rival claimants to the title, eventually the prominence, both politically and ecclesiastically, of Muscovy gave the capital of Rus the strongest position. As the heir to the heir of the homeland of institutional apostolic succession, Moscow has long claimed to have at least the legitimacy of Rome, even while tacitly admitting that the papacy—Rome’s bishopric—is the real key to the keys of the kingdom. Certainly, both the Soviets and the current Russian emperor, Tsar Vlad the Bad, have made very clever use of the Orthodox church in statecraft. Few would dispute that, if there is a third Rome, Moscow is it.

But not all Orthodox agree that Moscow is the Third Rome. There has been the usual fission of the faithful into rival sects, from Bulgaria to Austria to Spain. If you ask people in a dozen different countries where the “Third Rome” is, you are sure to get two dozen different answers.

Many, apparently—perhaps inspired by Joseph Smith—have found the true lineage of Christianity right here in these United States. I am inclined to agree with the American Third Romers. Because, as far as I can tell, the true inheritor of Orthodoxy in all its trappings is none other than Brooklyn. I normally try to avoid partisanship, especially in arguments in which I have no personal stake, but in this case I must make my preferences known: I agree with those who say that the Third Rome is somewhere around Flatbush. 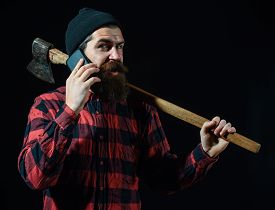 Anyone who has not been to Brooklyn recently may not know that the former stomping grounds of Spike Lee and Al Capone has now become the hippest borough in Gotham. And it is striking—surely much more than purely coincidental—how much Brooklyn hipsters look like our Orthodox friends.

The last time I was strolling around Prospect Park, I had to mug myself—steal my own wallet—to remind myself that I wasn’t in the Kievan Rus. Men with untucked shirts and frizzy beards who appeared transfixed by the philosophical gravity of their own deep thoughts were ambulating beatifically around the leafy sidewalks. Women in sackcloth (now called “sack dresses”) and headscarves who seemed to be devoted subscribers to Babushka Vogue pushed prams and spoke to one another of preferred recipes for avocado toast. What was this strange place?

The mystery deepened as I entered various buildings and met people for a chat. Here was all the Old-World charm that, to my mind, unarguably qualifies Brooklyn for Rome ver. 3.0: a fondness for antiques (antique clothes, antique table settings, antique baby carriages, antique aversion to regular baths), a predilection for ruddy wine, an organic granola-quotient that would be off the charts in any setting other than an old Roman estate or a Russian manor heavy with serfs. In Brooklyn, the fraught antiquarianism of the Brooklyn hipsters meets the uber-Rococo ornateness of the Orthodox candlestick, and there is a natural fit. Patchouli-natural. Something just clicks (and it isn’t the gun of my next mugger).

Now, to say that Brooklyn is the Third Rome is to raise some very thorny theological questions. For example, is it licit to convert to Orthodoxy simply because it is the most cosmetically hipsterish of the various creeds? Can religion follow cultural fads? Should it?

In the 1950s, everyone who was anyone was totally mad, zany, gone for Zen. Daisetz Suzuki mashed it up with Thomas Merton, while Maynard G. Krebs was the prophet of the age. In the 1960s, the craze was to travel to India and sit around in an ashram while a wiry man in billowing underpants hummed a few bars of the Bhagavad Gita. In the 1970s, religion returned to its western roots as devotees embraced the “mystic crystal revelations and the mind’s true liberation” during the Age of Aquarius. In the 1980s, the creed was greed and the guru was Max Headroom. (How humanity survived the 1980s I will never know.) In the 90s, the seeker entered a time of cultural funk, with the moping angst of Grunge (a kind of un-Bryll-Creem-ed existentialism, Heidegger in Doc Martens and plaid) passing through a Kabbala phase before gradually giving way to the hipster. 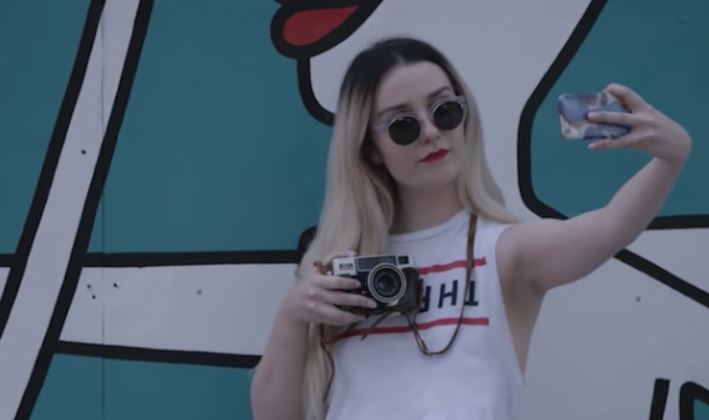 After all those wild changes, the hipster wants to get back on solid cultural ground, and so he or she reaches out for things from the past, material things, bringing the outdated back into the present as a way to counter the cultural vertigo of fifty years of kicking Christianity in the teeth.

And yet, because culture alone is not ultimately satisfying, the hipster almost inevitably tries to consecrate his antiquing hobby with the accoutrements of religion. What religion fits best? Not Zen—too sparse, too austere. Too shaved-headed. Not Hinduism—not even hipsters want to wear flower necklaces. Not Studio 54—hipsters can’t dance. Not Kabbala—because what the heck is Kabbala anyway? And definitely not Catholicism—too Western. 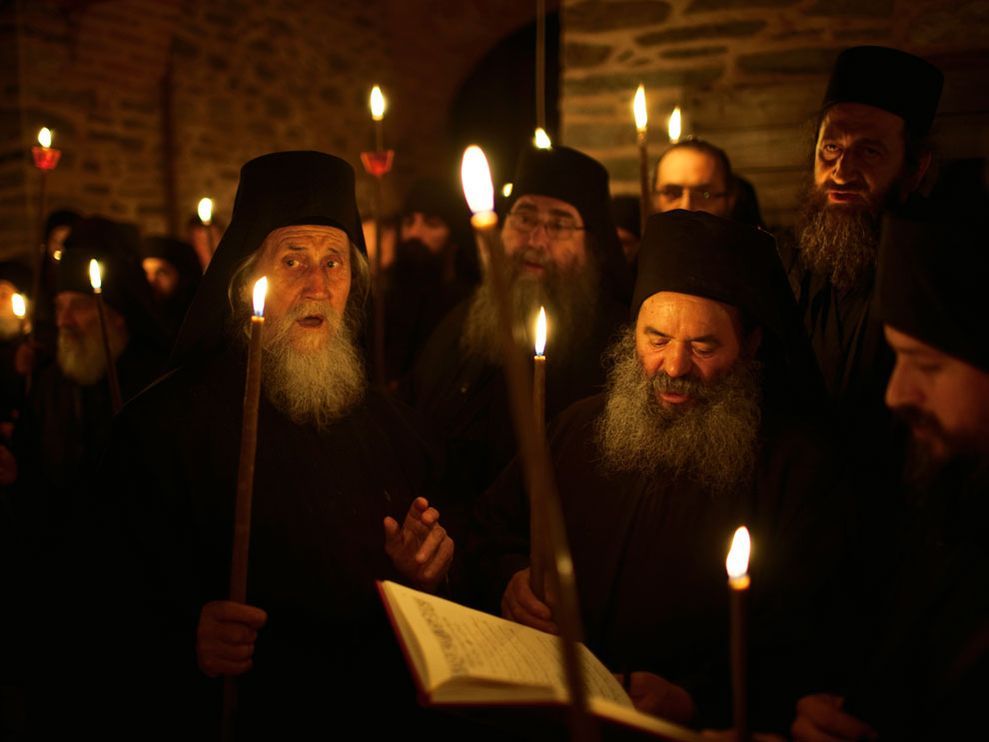 For the hipster, what is there not to love about Eastern Orthodoxy? Incense like gangbusters, gilded pictures that you actually get to kiss, ornate woodwork, peasant-cred out the wazoo, and beards, yards and yards of unkempt, exuberant facial hair. It’s a perfect cultural synergy. 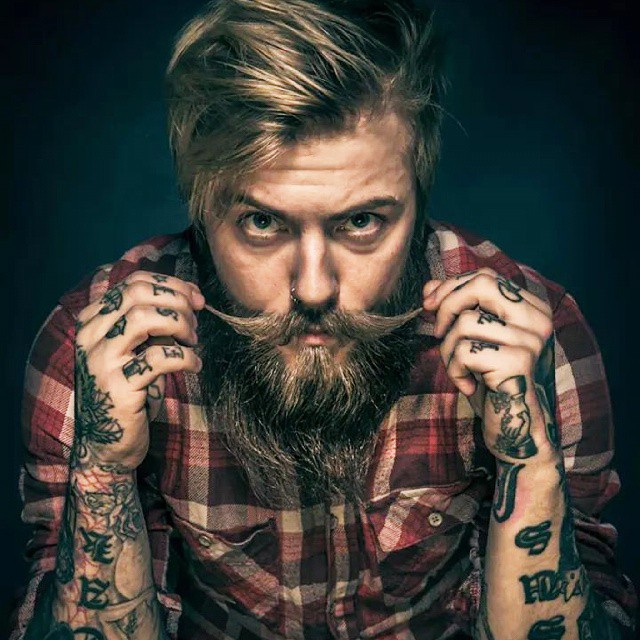 Now, maybe this is why so many in the United States are leaving the Church and joining the Orthodox. Maybe not. On a scale of one to one hundred, the Church’s handling of the abuse problem rates a negative forty million, so that’s not helping. It could also be deep-seated anti-Catholic prejudice. Having grown up in the Bible Belt, I can attest that, for many Protestants thinking of converting, a new religion’s attractiveness is directly indexable to how much that religion is not headquartered in the Vatican. For those who hail from disunified theological squalor (start counting Protestant denominations—I’ll bring you a cookie when you reach the “20,000” mile marker, but you’ll still have to keep counting), it can be difficult to make the quantum leap across the Tiber.

But in the end, someone’s conversion is a mystery, probably also to the person him- or herself. No one can really say why someone might choose to convert once and then convert again, only to look back and taunt the institutional squalor of the place he or she has left behind. All of that, the ways of the heart and the stirrings of the soul, is known only to God.

As for me, I will not seek any third Rome, or any other Rome except the first one. We’ve got it all in one place: a Marxo-Modernist pope, a criminal Curia, a Lavender Mafia, a slow-motion abuse scandal that gets more nauseating by the hour, a college of cardinals that makes Tammany Hall look like Annette Funicello’s birthday party, disagreement on every blessed point of doctrine from the Eucharist to the liturgy to the wording of the Our Father, a laity which has apparently been catechized by Sally Jesse Raphael, a Dan Brown-esque labyrinth of corruption and financial intrigue, a proclivity to choose the worst possible option at the worst possible time, and, right there over the bones of St. Peter—who had no idea how much Grace it was going to take to love Our Lord when times got hard—the One, Holy, Catholic, and Apostolic Church, against which not even the gates of hell will prevail. Even if those gates are designed by Urban Outfitters.

From wherever the Third Rome is, or the Fourth or the Fifth: look on the original seven-hilled city with anger, if you like, or even scorn, but please don’t look on it with pity. And please don’t wonder why we are not going to go anywhere else.

[Comment Guidelines - Click to view]
The Remnant values the comments and input of our visitors. It’s no secret, however, that trolls exist, and trolls can do a lot of damage to a brand. Therefore, our comments are heavily monitored 24/7 by Remnant moderators around the country.  They have been instructed to remove demeaning, hostile, needlessly combative, racist, Christophobic comments, and streams not related to the storyline. Multiple comments from one person under a story are also discouraged. Capitalized sentences or comments will be removed (Internet shouting).
The Remnant comments sections are not designed for frequent personal blogging, on-going debates or theological or other disputes between commenters. Please understand that we pay our writers to defend The Remnant’s editorial positions. We thus acknowledge no moral obligation whatsoever to allow anyone and everyone to try to undermine our editorial policy and create a general nuisance on our website.  Therefore, Remnant moderators reserve the right to edit or remove comments, and comments do not necessarily represent the views of The Remnant.
back to top
Last modified on Tuesday, December 18, 2018
Tweet

More in this category: « BREAKING THE OATH: Before they started abusing kids they were abusing God Remembering Who We Are…Hope in the Midst of the Ruins of Our Culture »