Pope Gives Bones of St. Peter to Schismatics (RESIST HIM to HIS FACE) 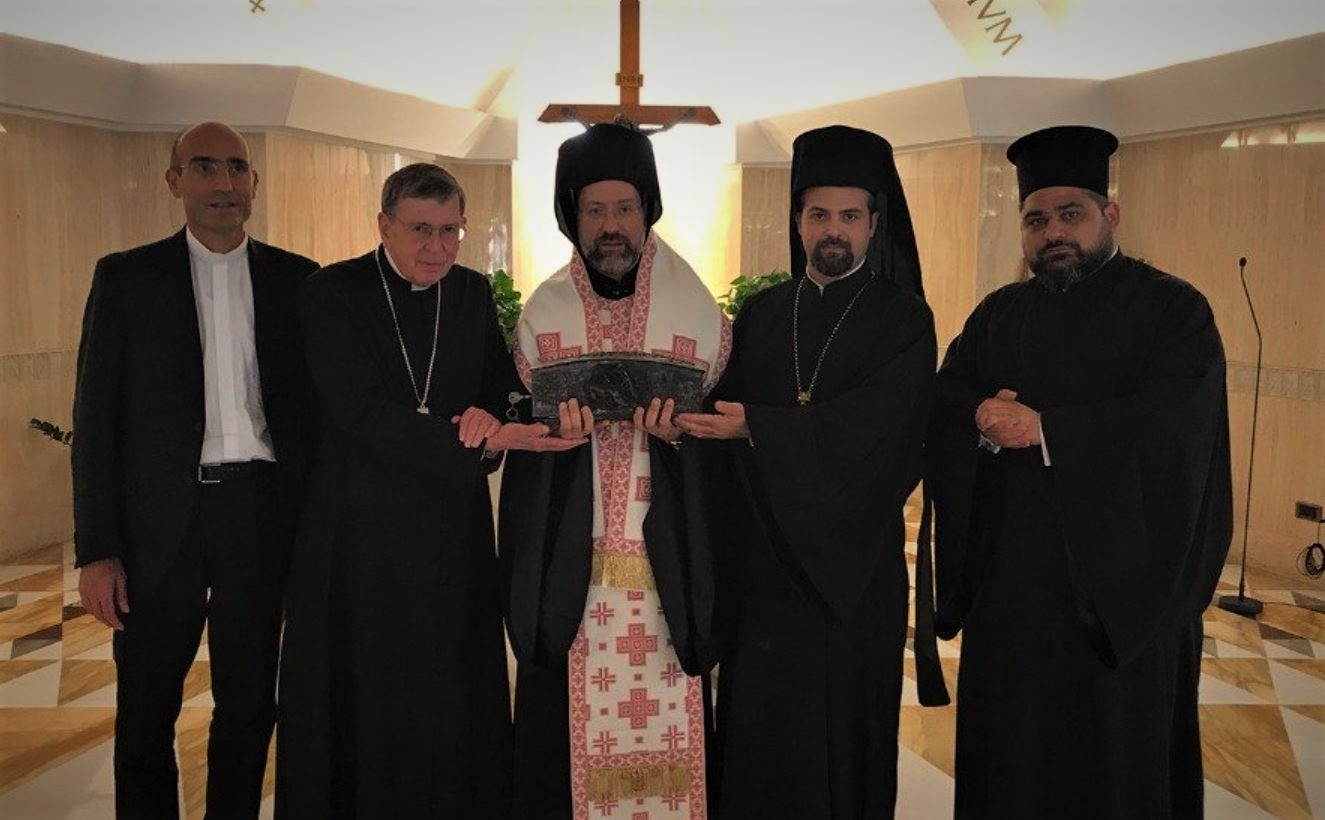 Happy Birthday, Guys.
Delegation from the Ecumenical Patriarchate of Constantinople, with the relic of St. Peter.

On June 29, the Feast of Sts. Peter and Paul, the Vatican held a large ceremony. Among those present was a delegation from the Ecumenical Patriarchate of Constantinople.

The pope presented them with precious relics of St. Peter, which had originally been venerated in the papal apartments. The relics were bone fragments found during excavations begun in the 1940s of the necropolis under St. Peter’s Basilica.

The pope claimed this was a token of “brotherhood and closeness”...whatever kind of closeness he imagines there can be with schismatics who deny the primacy of Peter.

The gesture prompted many Catholics the world over to ask: Who exactly does this man think he is, and what's next: Our Lady's Veil from Chartres Cathedral?

Meanwhile, Bishop Marian Eleganti, the auxiliary bishop of Chur, Switzerland has come out in support of Cardinal Walter Brandmüller’s critique of the Vatican’s working document for the upcoming Pan-Amazon Synod.

Bishop Eleganti stated in no uncertain terms that, if this document is accepted and adopted, it “will contaminate the whole Mystical Body of the Church – and gravely damage it.”

Keep it coming, faithful prelates. We lay Catholics support you with everything we have as we, along with you, resist Francis to his face!

As part of our Catholic propaganda campaign in full on resistance to this most dangerous pontificate, I ask Remnant readers to share this cartoon with friends and family on social media, and then ask them to share it with their friends and family. 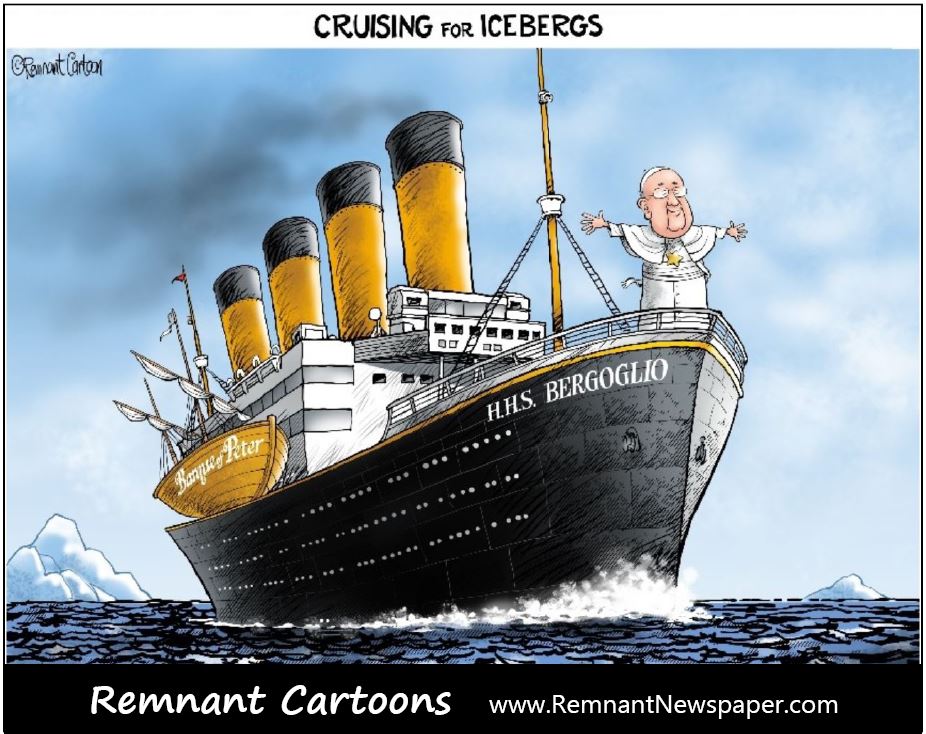 [Comment Guidelines - Click to view]
The Remnant values the comments and input of our visitors. It’s no secret, however, that trolls exist, and trolls can do a lot of damage to a brand. Therefore, our comments are heavily monitored 24/7 by Remnant moderators around the country.  They have been instructed to remove demeaning, hostile, needlessly combative, racist, Christophobic comments, and streams not related to the storyline. Multiple comments from one person under a story are also discouraged. Capitalized sentences or comments will be removed (Internet shouting).
The Remnant comments sections are not designed for frequent personal blogging, on-going debates or theological or other disputes between commenters. Please understand that we pay our writers to defend The Remnant’s editorial positions. We thus acknowledge no moral obligation whatsoever to allow anyone and everyone to try to undermine our editorial policy and create a general nuisance on our website.  Therefore, Remnant moderators reserve the right to edit or remove comments, and comments do not necessarily represent the views of The Remnant.
Last modified on Tuesday, July 2, 2019