SAINT FRANCIS and the SULTAN: All About Conversion to Christ, Not Ecumenical Dialogue 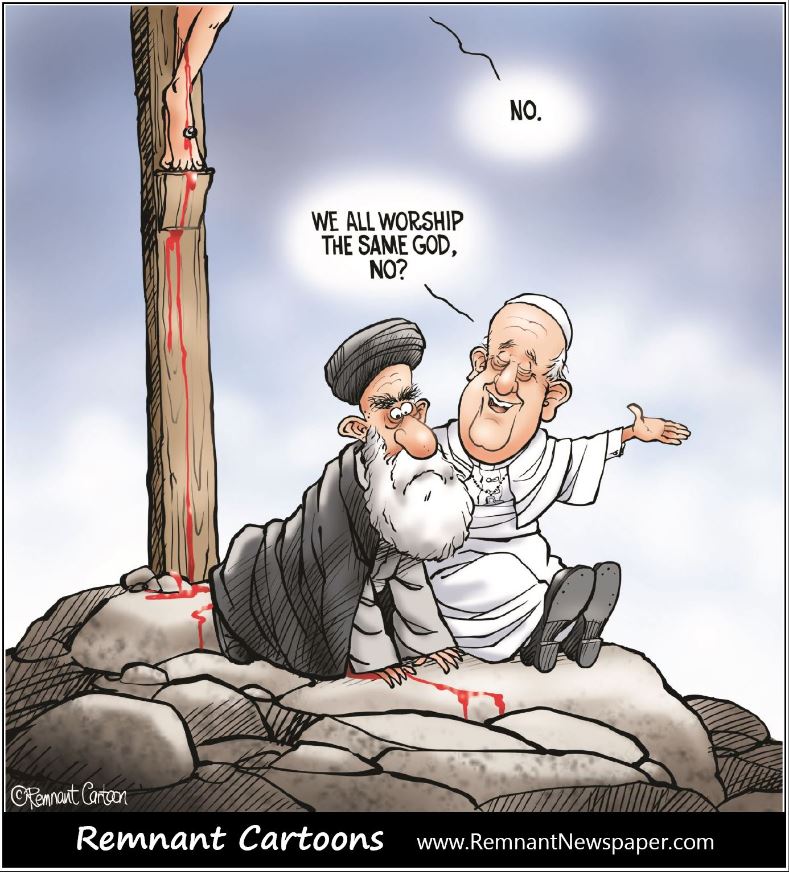 June 24th, 2019, marked the 800th anniversary of the day St. Francis met the Sultan of Egypt. The Italian Bishops Conference CEI news agency, SIR, acknowledged this in a March 1st, 2019 dispatch on the special stamp issued to commemorate the anniversary of such historical event.

Among the most recent commemoration initiatives, an exhibition with over 50 images focused on the anniversary was inaugurated on Friday, May 24, at the Sala Dono Doni of the Sacred Convent in Assisi. It will be open to the public till September 1. 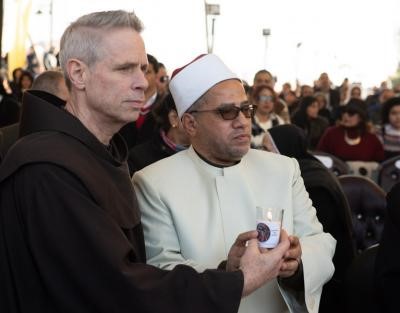 Commemoration of the meeting in 1219  took place in the area of Ras El-Bar, in that part of the city of Damietta where the river Nile flows into the Mediterranean

This encounter between St. Francis and the Egyptian sultan Melek Al Kamil, nephew of Saladin, is often described as a sort of archetypal model of interreligious dialogue and the celebration of this 800th anniversary took place in early March in Damietta and Cairo on the same vein, with the participation of national and local authorities, diplomats and top religious representatives including the Prefect of the Congregation for the Oriental Churches, Cardinal Leonardo Sandri, as personal special envoy of Pope Francis. The senior prelate celebrated the closing Pontifical Holy Mass in the Cathedral of St. Joseph, the seat of the Curia of the Province of the Friars Minor in the heart of the Egyptian capital (see HERE).

This meeting was recalled also by Pope Francis himself, during his recent trip to the United Arab Emirates last February and to Morocco in late March. “My pilgrimage followed in the footsteps of two Saints: Francis of Assisi and John Paul II”, he said again during his general audience on April 3rd, 2019.

“Eight hundred years ago Francis took the message of peace and fraternity to the Sultan al-Malik al Kamil”. 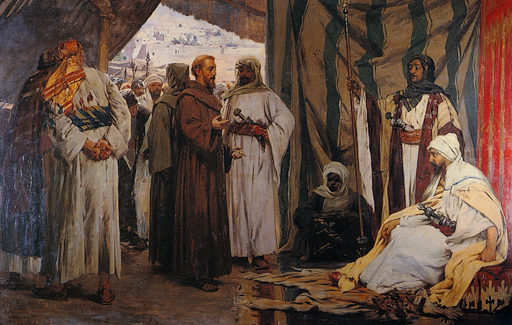 But was it really what happened in the historic encounter 800 years ago?

The facts tell a different story, in the sense that this encounter was much more than that. For example, who knows that the presence of the Franciscans in the Holy Land came about and developed from this episode?

As a matter of fact, this year 2019 also marks the 800th year of Franciscan presence in the Holy Land, where in 2016 there were 259 religious coming from 40 countries.

This was explained in a conversation to a group of pilgrims in the Holy Land, of which the author of this article had the privilege of being part, by a nice Spanish religious, the Franciscan Father Artemio Vítores González, former superior of the Church of the Holy Saviour in the old city of Jerusalem and now guardian of the Franciscan convent of St. Catherine "ad nativitatem" of Bethlehem after nine years as vicar guardian of the Holy Land, where he has been present for 48 years and has seen eight wars and two intifadas.

Do you subscribe to the Oldest Traditional Catholic Newspaper in the world?
Check it out below! 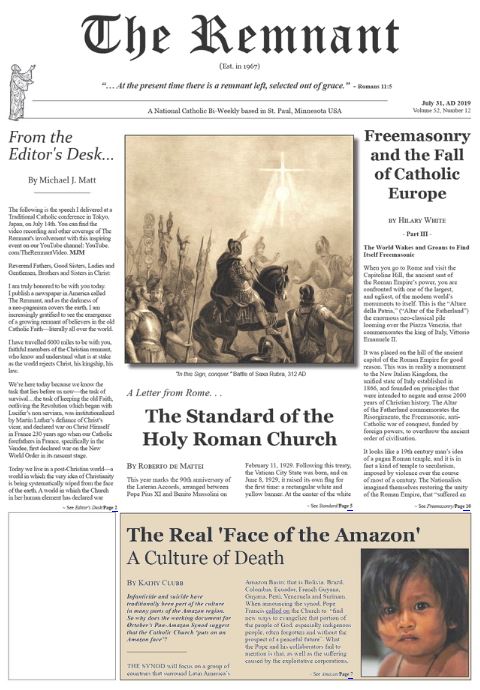 Professor at the Biblicum of Jerusalem and author of many books on the Franciscan presence in the Holy Land, the father was informed of our visit and we had a chance for him to tell us something about the activity of the Franciscans in the Holy Land, who support the Latin Patriarchate of Jerusalem in the care of the pastoral needs of faithful and pilgrims. Whereas the Franciscans are mainly responsible for the holy places and their sanctuaries, the Patriarchate is entrusted with the care of parish and diocesan structures.

In addition to writing books, he held conferences over the course of 10 years to some 85,000 pilgrims, whose influx into the Holy Land has recently increased exponentially. Until a few years ago, he said, "I had two or three groups of Mexicans, but only last year I had 57".

All this is a sign of love and interest on the part of the pilgrims to meet with Christ through the holy places, the religious noted.

And it was love that prompted St. Francis to go to the Holy Land. As Father Artemio reminded us, Francis arrived in the Holy Land in 1219, and this 800th anniversary of his arrival follows up to another anniversary in 2017—that of the establishment of the province of the Holy Land by the general chapter of the Franciscan order in 1217.

"St. Francis’ love for Christ is so radical", explained the father, "that he wants everyone to fall in love with Christ, and everyone also includes Muslims". This is why the Franciscan venture in the Holy Land began with the encounter in 1219 in Alexandria between Saint Francis of Assisi and the Egyptian Sultan Melek Al Kamil, from whom he obtained, despite the ongoing Crusades, for the Franciscans to be granted access and protection in the Holy Land.

Therefore, "the origin of the Franciscan custody of the Holy Land, however incredible it may be, is a consequence of the friendship between a Christian and a Muslim".

Although on the occasion the sultan did not convert after the saint's preaching, however, this concession was also the result of Melek Al Kamil's great admiration for his guest, for two fundamental reasons:

-the incredible courage shown by the Saint, who for his faith in his God had put his life at stake, especially if one considers that, as Father Artemio recalls, there was at the time an edict of the sultan who rewarded Muslims with a highly valuable gold coin for every head of Christians delivered;

- St. Francis' refusal of gold and silver offered as a gift by the sultan as a sign of esteem and friendship, which strengthens his conviction that he was facing a truly extraordinary person.

In the end, what did the crusades achieve?" asks Father Artemio. "While San Francesco and his friars did much more, even though it was always difficult".

To get an idea of ​​these difficulties, he cites the title of a chapter in one of his books:

"The friars buried in the Holy Sepulcher", to indicate the enormous sacrifices, and at times a real physical martyrdom, to maintain the right to possession of the holy places. Specifically in the case of the Holy Sepulcher, where "for six centuries the friars were inside the Holy Sepulcher without being able to go out and had to be replaced every three months because they died, being unable to breathe air, only the smoke of candles".

So much so that when the emperor of Austria Franz Joseph came to visit in 1860, Father Artemio goes on, he exclaimed that not even the worst criminals in the prisons of his empire lived in those conditions.

Then fortunately the situation improved and the friars returned to see and breathe the air and the light of the day. We must never forget, continues Father Artemio, that when Saint Francis arrived in the Holy Land in 1219, there were no longer Christians there. For four centuries the only Christians there were the Franciscan friars, except for a few pilgrims from time to time and in any case without parishes and other structures.

Thus, if today we Christians can freely go on pilgrimage to the holy sites with all the immense spiritual benefits which go with it, a great deal of credit goes to St. Francis, whose mission was not motivated by ecumenical dialogue, but an evangelization drive so fruitful not only for the past 800 years but also for many more centuries to come.

[Comment Guidelines - Click to view]
The Remnant values the comments and input of our visitors. It’s no secret, however, that trolls exist, and trolls can do a lot of damage to a brand. Therefore, our comments are heavily monitored 24/7 by Remnant moderators around the country.  They have been instructed to remove demeaning, hostile, needlessly combative, racist, Christophobic comments, and streams not related to the storyline. Multiple comments from one person under a story are also discouraged. Capitalized sentences or comments will be removed (Internet shouting).
The Remnant comments sections are not designed for frequent personal blogging, on-going debates or theological or other disputes between commenters. Please understand that we pay our writers to defend The Remnant’s editorial positions. We thus acknowledge no moral obligation whatsoever to allow anyone and everyone to try to undermine our editorial policy and create a general nuisance on our website.  Therefore, Remnant moderators reserve the right to edit or remove comments, and comments do not necessarily represent the views of The Remnant.
back to top
Last modified on Wednesday, July 31, 2019
Tweet

More in this category: « God’s Take on Abortion: “Before I formed you in the womb, I knew you” BAD SHEPHERDS: By Their Fruits You Will Know Them »