The "Miracle" of Bellegra, Italy: NO CASE OF CORONAVIRUS 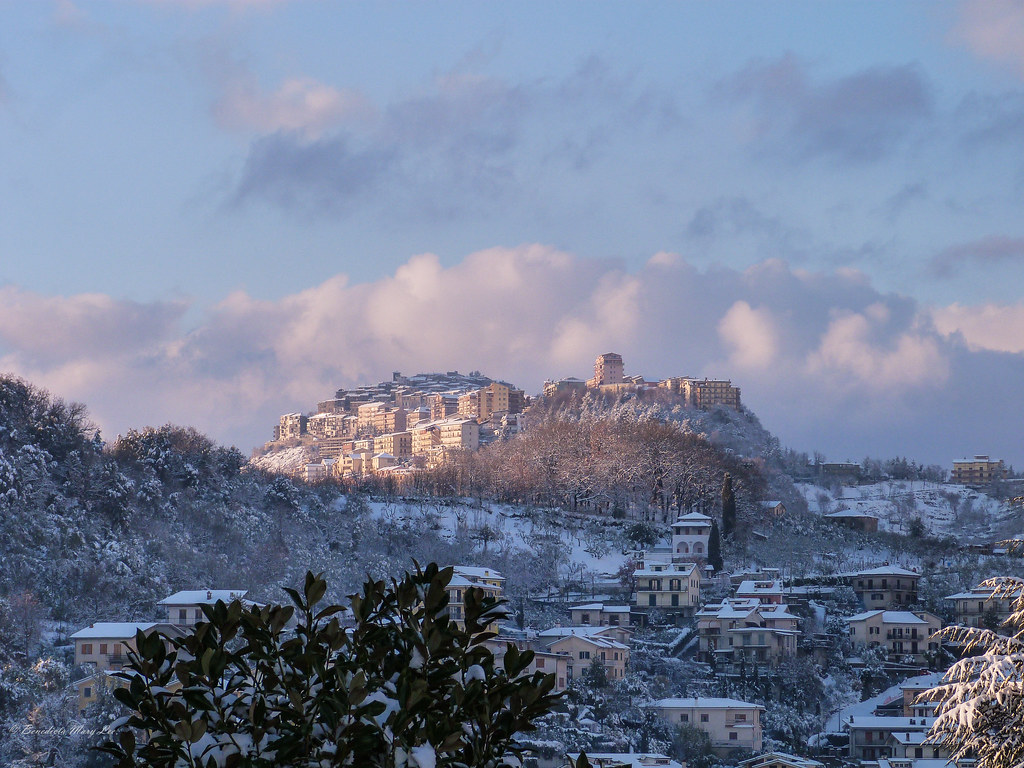 In an article of April 2, 2020, a major Italian newspaper, Rome-based Il Messaggero, reports that Bellegra, a small town in the Lazio hinterland adjacent to the Sublacense area (named after its main city Subiaco) has so far not recorded any case of contagion from coronavirus, ostensibly thanks to the timely action of its mayor, Flavio Cera.

When already on March 3 he decided to “seal” the town, 2800 inhabitants clinging to an hilltop of a Simbruini chain of mountains at almost 1000 m. altitude, many people and even some neighboring mayors thought he had become crazy. But he was adamant, deciding to immediately resort to drastic measures based on the reports of his colleagues from Bergamo and ​Brescia, the worst-hit areas in Lombardy together with Milan, so much so that today he can proudly say he was right.

In fact, Bellegra today is among very few Italian municipalities that has not registered any positive cases. “Not even one and we hope that our patron saint, San Sisto, will still protect us”, the mayor was quoted as saying. He even consecrated his town to its patron. “We carry San Sisto in procession every year. I even laid down my tricolor band (the symbol of his mayoral power, ed.) at his feet. I'll take it back when the epidemic is over”. Instead, in the nearby towns, from Olevano Romano to Affile, from Subiaco to Rocca Santo Stefano and Genazzano, the epidemic is recording several cases of positivity among their inhabitants. 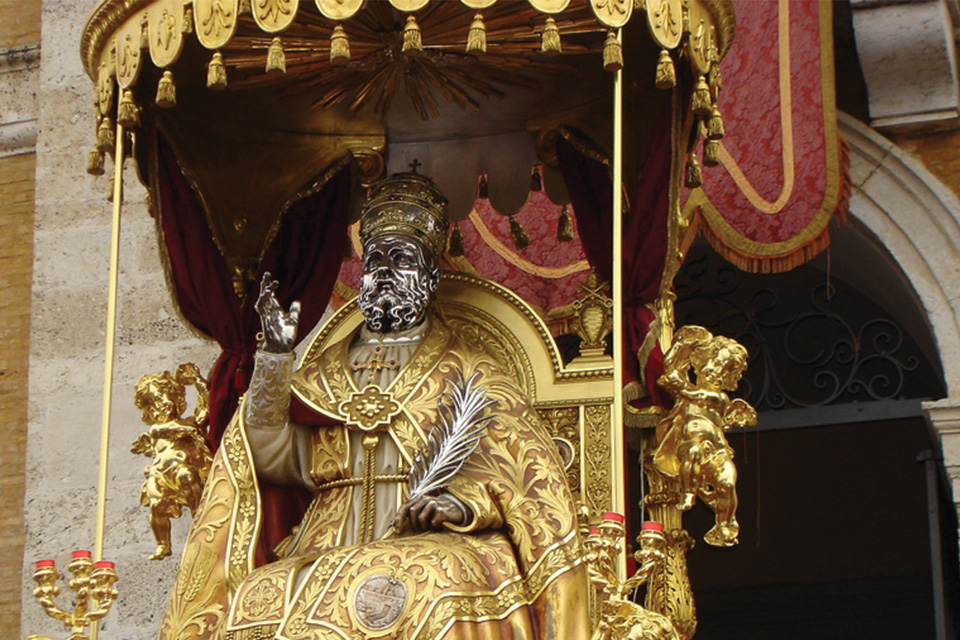 Although certainly not Catholic or Catholic-inspired, this mainstream paper recognizes the benevolence of San Sisto Pope and Martyr, to then conclude that perhaps the difference was made by the readiness with which the mayor applied the advices of his colleagues from the North.

Now it is obvious that even the intercession of a single saint is enough to obtain a grace, but the case of Bellegra is a bit special, in the sense that perhaps not many know that this town is known to host a nearby ancient Franciscan hermitage-monastery, a convent perhaps unique in the world, that over centuries has seen the presence of something like a hundred saint and Blessed religious, many of whom are also buried there.

Without underestimating the merits of the Mayor, according to the old dictum “Help yourself that God helps you”, if we add these saints and Blessed to San Sisto, not even the most lethal virus will ever have the slightest chance to survive against their combined impressive “firepower”, just to employ a military term. It could be objected that other centers in the district also enjoy the influence of great figures, just think of San Benedetto in Subiaco and the Madonna del Buon Consiglio (our Lady of Good Counsel) in Genazzano, but apparently the Bellegrans prayed and continue to pray more and better.

To describe this Franciscan convent-retreat of Bellegra during his homily at the solemn Mass honoring Blessed Fra’ Diego Oddi of Vallinfreda, Msgr. Mauro Parmeggiani, bishop of the Diocese of Tivoli-Palestrina, used the definition of “nest of saints” A charming village in the province of Rome overlooking the Piana del Cavaliere, Vallinfreda is the gateway to the Marsica, and therefore to Abruzzo, for those traveling along the old Tiburtina Valeria consular road or the more recent A-24 Rome-L’Aquila motorway. 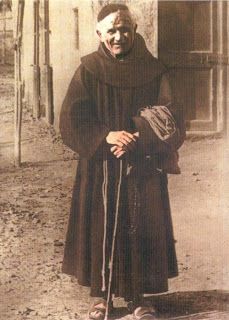 But what do Blessed Fra’ Diego Oddi and his native Vallinfreda have to do with Bellegra? He is the most recent example of a Blessed religious who was based in the latter’s convent and ultimately was also buried there.

The above Mass, which was being celebrated by Msgr. Parmeggiani in the parish church of San Michele Arcangelo in Vallinfreda, was the highlight of the two weeks celebrations from August 4 to 18, 2019, to commemorate three anniversaries of the Blessed: 180 years from his birth (June 6, 1839), 100 years from his death (June 3, 1919), and 20 years after his beatification, solemnly proclaimed on October 3, 1999 by Pope John Paul II in St. Peter’s Square.

On the occasion, the relics of the Blessed were presented for the veneration of the faithful. The relics are the mortal remains kept in the Blessed’s sepulcher at the aforementioned convent of Bellegra, where he spent most of his life.

Giuseppe Oddi was born in Vallinfreda on June 6, 1839 and spent his childhood and youth devoted to work in the fields, life at home, study of the catechism, and participation in religious services.

His vocation matured while he accompanied the friars who came to Vallinfreda from the sacred retreat of St. Francis in Bellegra, which is on one of the routes that once linked Rome to Subiaco. Here, in fact, St. Francis often stopped during his visits to the Benedictines of Subiaco, while he was in Rome for the approval of the rule of his order.

The saint was struck by the evocative setting, with the green of the chestnut and beech trees of the Simbruini Mountains. In 1223 he had the opportunity to settle down with his friars there. But St. Francis did not leave only the convent as his legacy. Most important, he imparted the spirit that shaped the religious life of his friars in the centuries to come and hence for eternity. As already said, it is estimated that on the list of saints, blesseds, venerables, and servants of God, there are a hundred religious who were based in or associated with the Franciscan retreat of Bellegra, the “nest of saints” in the expression used by Bishop Parmeggiani, or more popularly known as the “powerhouse of saints.”

A similar precedent in the history of the Church could perhaps be the ancient Benedictine abbey of Cluny, at the peak of its splendor and its influence from the second half of the tenth century until the early years of the twelfth. With the difference, however, that here we are talking about many centuries ago, while Bellegra’s “production” is continuing in our day and will continue in the future with the completion of the pending canonization procedures.

These holy persons of Bellegra include: San Tommaso da Cori and San Teofilo, Venerables Filippo da Velletri, Franceschino da Ghisoni, and Samuele Farnese, and Blessed Mariano da Roccacasale. And finally our Blessed Fra’ Diego Oddi of Vallinfreda, who on the advice of Blessed Mariano da Roccacasale at age 32 entered the hermitage of Bellegra wearing the Franciscan habit. On May 6, 1889, he professed the Rule of St. Francis and made his solemn vows on June 16, 1889 with the name of Fra’ Diego.

Since then, almost until late 1917, he exerted uninterruptedly the quest or collection of alms that made him famous everywhere, bearing witness to his faith with good examples, penance and prayer, promoting reconciliation and peace among families, bringing comfort and consolation to the sick, hope and optimism to the needy. He died singing the praises of Mary on June 3, 1919, at the age of eighty and was beatified by John Paul II on October 3, 1999.

This is why in his homily Bishop Parmeggiani pointed out that when the Blessed traveled the roads and visited houses to beg for his friars and for the poorest, “actually to those who opened the door to him... he gave much more than he asked. He knew how to convey with simple words his advice, his witnessing to a humble, poor, and chaste life, and the great love of God,” as shown by the “great esteem and confidence that everyone had in him, recognizing him as an authentic man of God.” 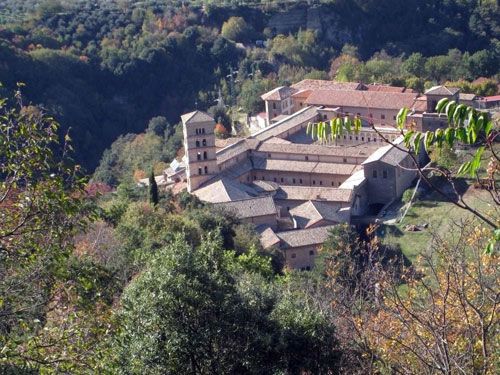 We cannot help feeling the absence of these “authentic men of God,” said Fr. Quirino Salomone, one of the various Franciscan emissaries who took part in the celebrations in honor of their illustrious confrere. Founder and spiritual father of the Celestinian Movement (after Celestine V, who instituted in 1294 in L’Aquila the first Jubilee in history, known as Perdonanza Celestiniana), as well as rector of the Basilica of San Bernardino in L’Aquila, Fr. Quirino complained that the figure of the mendicant father no longer exists. Yet it would be a grave mistake to underestimate its scope and importance.

The mendicant father was the friar tasked with collecting alms, both for the needs of his confreres in the convent, and to provide help for the poor who turned to them. On foot, with a saddlebag by the shoulder, or on the back of a donkey or mule, mendicant friars walked the country roads and went from house to house taking all that was offered to them, from a handful of wheat or corn to a loaf of bread, to a bottle of wine or oil. Generally, to the mendicant friars all gave something, even those who never went to church and did not like the clergy.

As pointed out by Bishop Parmeggiani, these mendicant friars gave much more than they received, and not so much and not only in terms of material assistance to the poorest, but especially and most of all in spiritual terms, with their example of life conformed to the highest evangelical ideals.

Even if only the Lord can measure exactly the immense good derived from their regular and direct contact with individuals and families, no one can deny the contribution of this itinerant grass-roots apostolate to the family and to the social stability of their times. The world today can only dream of this!

Back to our Blessed Diego Oddi: The fame of holiness that accompanied him in his earthly life, far from fading away, has grown after his death. His tomb in the church of the Bellegra retreat is a frequent destination for pilgrimages, as will also be his birthplace in Vallinfreda, due to be included in a “path of local sanctity” at the initiative of the Diocese of Tivoli.

“Now we just have to wait for the miracle for him to be formally proclaimed as a saint,” says the president of the association, Giovanna Oddi, whose great-great-grandfather was the brother of the father of Blessed Oddi.

“By making the public increasingly aware of this saintly figure, we also hope to speed up his canonization. In any case, it is always a good thing to promote a model of a virtuous life, who is also a powerful intercessor in Heaven for those who are still pilgrims on this Earth.”

Saint Sixtus Pope and Martyr, Blessed Fra’ Diego Oddi, Franciscan Saints and Blesseds of Bellegra, pray for us and protects us from this virus scourge!

[Comment Guidelines - Click to view]
The Remnant values the comments and input of our visitors. It’s no secret, however, that trolls exist, and trolls can do a lot of damage to a brand. Therefore, our comments are heavily monitored 24/7 by Remnant moderators around the country.  They have been instructed to remove demeaning, hostile, needlessly combative, racist, Christophobic comments, and streams not related to the storyline. Multiple comments from one person under a story are also discouraged. Capitalized sentences or comments will be removed (Internet shouting).
The Remnant comments sections are not designed for frequent personal blogging, on-going debates or theological or other disputes between commenters. Please understand that we pay our writers to defend The Remnant’s editorial positions. We thus acknowledge no moral obligation whatsoever to allow anyone and everyone to try to undermine our editorial policy and create a general nuisance on our website.  Therefore, Remnant moderators reserve the right to edit or remove comments, and comments do not necessarily represent the views of The Remnant.
back to top
Last modified on Friday, April 17, 2020
Tweet