Abortionists by Consent: The Perils of Broad Pro-Lifery 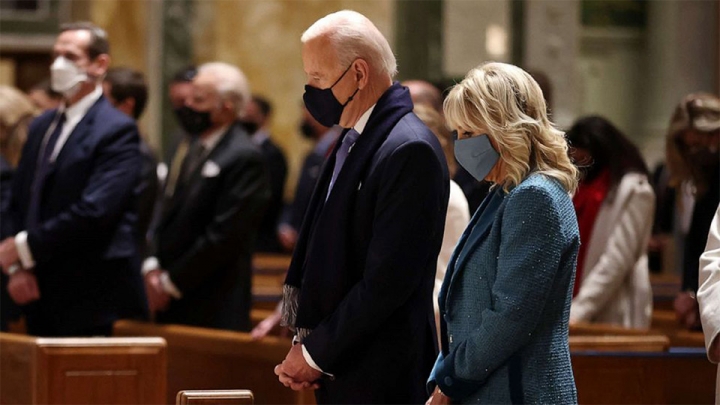 Some of you might remember Kermit Gosnell. As an abortionist serving the cause of bodily self-determination, he went a little beyond the boundaries of a very permissive set of laws and was ultimately convicted of actual positive crimes – including “snipping the spines” of babies born alive. His practice, located with altruistic intention in the Philadelphia ghetto, throve for decades with the help of Democrat city officials and, toward the end, of the zealously pro-abortion Republican governor of Pennsylvania, Tom Ridge. Gosnell’s serving time now. Eternity is waiting in the wings.

What most people don’t realize about Gosnell is that he was a prince amongst abortionists, belying the usual bottom-feeder image, which is typically accurate. Gosnell was a stellar medical student – unlike, say, Willie Parker. Gosnell was also a highly-cultured character – a fine pianist, for example, and a free verse poet of some distinction. I don’t know whether a piano is available in prison. I think he’s still publishing poems.

On exposure, arrest, and conviction, Gosnell was excoriated by his fellow abortionists. Pioneers are always treated this way by those who lag behind. Why, I asked myself at the time, are Gosnell’s acts even an issue? They’re only crimes because of fine distinctions made in the law. They’re not essentially different than what other abortionists do. And, ethically, they’re no different from what many abortion supporters do. Whoever consents to pay for an abortion is himself, as far as moral responsibility goes, an abortionist.

Which brings me to my point.

In the last presidential election season, there was a highly-visible movement to get pro-lifers to back Joe Biden, on the grounds that Trump was and is beyond the pale. Some of this was simply tendentious redefinition of what it means to be pro-life. Can a candidate be truly pro-life, in the broad sense favored by such creatures, if he opposes taxpayer-funded surgical transitions for bored crossdressers in state correctional facilities? Certainly not! But some of those pushing Biden actually professed to be pro-life according to the definition established by usage. They claimed to oppose abortion. Jimmy Martin, S.J., is in this category. He even spoke in support of Biden at the Democrat convention.

Thing is that Biden’s platform, adopted to mollify any resistance from Bernie Saunders and AOC, included abolition of the Hyde Amendment and taxpayer funding of abortions at all stages. Now that enough mail-in ballots have been found to turn Georgia’s U.S. Senate delegation a bright pro-abortion blue, this promise to the abortion lobby is more than likely to come true all across America. Biden has already made it a feature of Yankee global outreach – with an executive order abolishing the Mexico City policy. Hurray for broad pro-life principles! 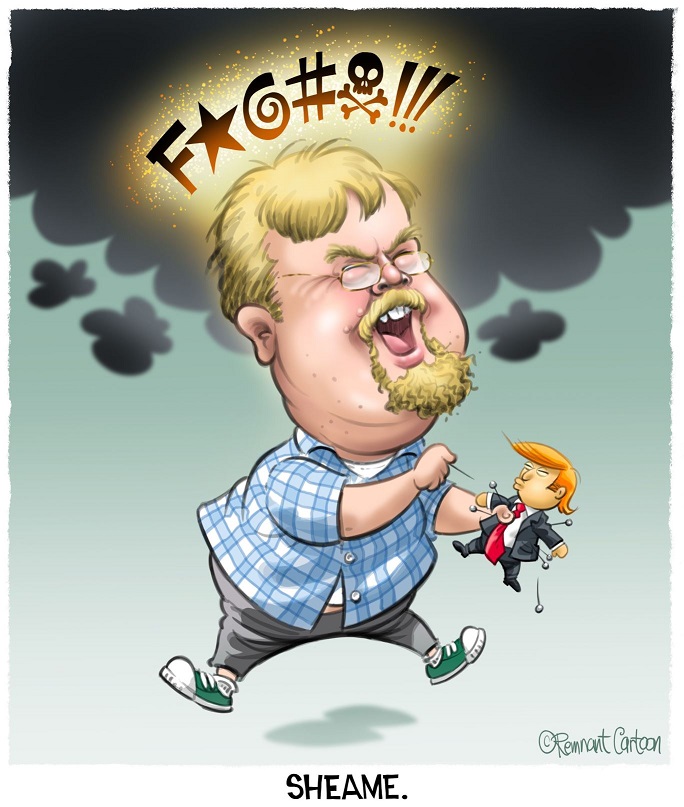 Remember the rule. Ethically, if you consent to pay for abortions, you are yourself an abortionist. Father Jimmy and his merry crew are now big-time abortionists.

Now I know how these operators will try to squirm out of responsibility for their votes. They’ll say their “cooperation” with Biden’s taxpayer-funded abortions is too “remote” to constitute a culpable action. Mark Shea in particular says this sort of thing all the time. His very belches, replete with donut gluttony, become remote the moment they foul the air. But Shea and his fellow eager funders of the abortion regime are wrong here. It is my cooperation with the regime that is remote. I’m merely paying taxes in order to avoid that super-scary IRS bayonet. But the votes of Jimmy Martin, Mark Shea, and Rebecca Bratten-Weiss were not remote actions. They were the consequences of deliberate decision. The broad pro-lifers consented. It’s their consent that makes them abortionists, not the mere destination of the dollars that the federal government under Biden extorts from them.

Even more absurdly, these clownish abortionists without medical degrees – quintessential back-alley abortionists – will protest that they didn’t vote for Biden because he was going to fund abortions with their tax dollars. No, no! They had other reasons, really good reasons, broad pro-life reasons, to vote for Biden. Kids in cages! Confederate statues and flags! Trump’s tweets! Rebecca Hamilton wrote a whole post about the pride she took in voting for Biden – because she was voting against Hitler! Yes, with her vote, Hamilton was storming the beaches at Normandy. Wasn’t that brave and noble of her?

They are all exactly as guilty as Kermit Gosnell. All they lack is his status as med school star. Oh, and his cultural achievements.

I understand that Scott Eric Alt plays the piano. Maybe he and Gosnell can take turns on the keyboard where they’re headed. Once again, I don’t know whether a piano will be provided.

(Tom Riley is a freelance copywriter and the author of Love Poems of a Hatemonger and The Ghost of Biden’s Brain.)

[Comment Guidelines - Click to view]
The Remnant values the comments and input of our visitors. It’s no secret, however, that trolls exist, and trolls can do a lot of damage to a brand. Therefore, our comments are heavily monitored 24/7 by Remnant moderators around the country.  They have been instructed to remove demeaning, hostile, needlessly combative, racist, Christophobic comments, and streams not related to the storyline. Multiple comments from one person under a story are also discouraged. Capitalized sentences or comments will be removed (Internet shouting).
The Remnant comments sections are not designed for frequent personal blogging, on-going debates or theological or other disputes between commenters. Please understand that we pay our writers to defend The Remnant’s editorial positions. We thus acknowledge no moral obligation whatsoever to allow anyone and everyone to try to undermine our editorial policy and create a general nuisance on our website.  Therefore, Remnant moderators reserve the right to edit or remove comments, and comments do not necessarily represent the views of The Remnant.
Last modified on Thursday, March 4, 2021