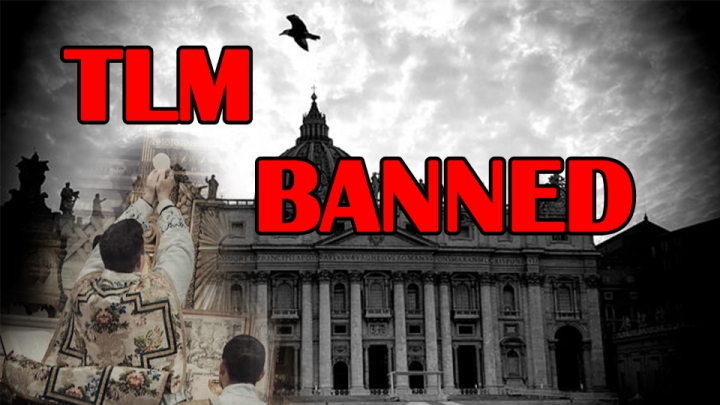 UPDATE: There was some question yesterday as to the authenticity of the Vatican directive. That authenticity has now been confirmed by Edward Pentin.

Apparently, the COVID shutdown of churches across the world wasn’t quite enough for Team Francis. A new directive from the Vatican Secretary of State cancels private Masses and all Traditional Latin Masses inside the main Basilica of St. Peter in Rome.

After hundreds of years of private masses being celebrated almost constantly over the tombs of Christendom’s holiest popes, those side altars will go dormant later this month and remain as such for good.

If this directive is authentic—and we have good reason to believe it is—it would mean that Team Francis has evidently determined that the world will be better off with fewer Masses and no Traditional Latin Masses at all inside St. Peter’s.

Earlier today, Vatican journalist Diane Montagna tweeted out that her sources indicate the directive is authentic.

Although there are irregularities in the letter (e.g. lack of signature but seeming presence of initials in the stamp), a number of sources in the Vatican say the letter is genuine. There is still no official word from @HolySeePress. https://t.co/KpuphzcQlL pic.twitter.com/BpZLROMD4J

Presuming this to be the case, we can only conclude that, with little or no appreciation for the infinite merit of even just one private Mass (regardless of how many or how few faithful are in attendance), the Vatican has determined that the world will be better off with fewer Masses here in arguably the darkest moment in the history of Christianity since the Crucifixion of Jesus Christ.

As faithful sons and daughters of the Church, we object to this outrage and call upon all faithful Catholics to resist Francis to his face even as Paul resisted Peter to his.

The Remnant is offering a €1000 reward to the first priest who breaks this demonic new law and celebrates the traditional Latin Mass in Saint Peter’s. Photos please. 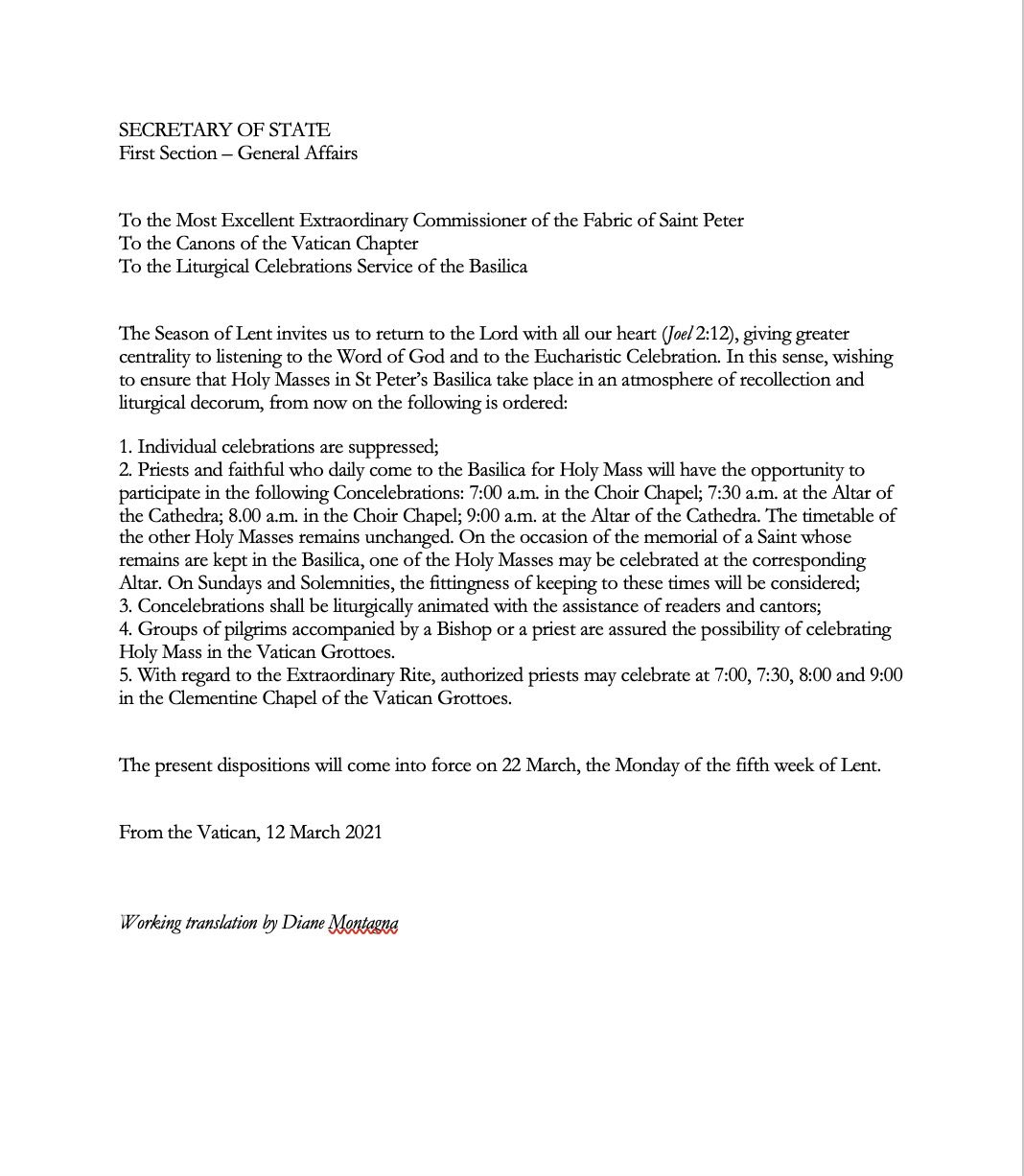 [Comment Guidelines - Click to view]
The Remnant values the comments and input of our visitors. It’s no secret, however, that trolls exist, and trolls can do a lot of damage to a brand. Therefore, our comments are heavily monitored 24/7 by Remnant moderators around the country.  They have been instructed to remove demeaning, hostile, needlessly combative, racist, Christophobic comments, and streams not related to the storyline. Multiple comments from one person under a story are also discouraged. Capitalized sentences or comments will be removed (Internet shouting).
The Remnant comments sections are not designed for frequent personal blogging, on-going debates or theological or other disputes between commenters. Please understand that we pay our writers to defend The Remnant’s editorial positions. We thus acknowledge no moral obligation whatsoever to allow anyone and everyone to try to undermine our editorial policy and create a general nuisance on our website.  Therefore, Remnant moderators reserve the right to edit or remove comments, and comments do not necessarily represent the views of The Remnant.
back to top
Last modified on Saturday, March 13, 2021
Tweet

More in this category: « TRANS-Figuration: A Word on the Equality Act CANCELLING LATIN MASS , PETER PAN & DR. SEUSS: After 50 Years, Were the Traditionalists Right? »