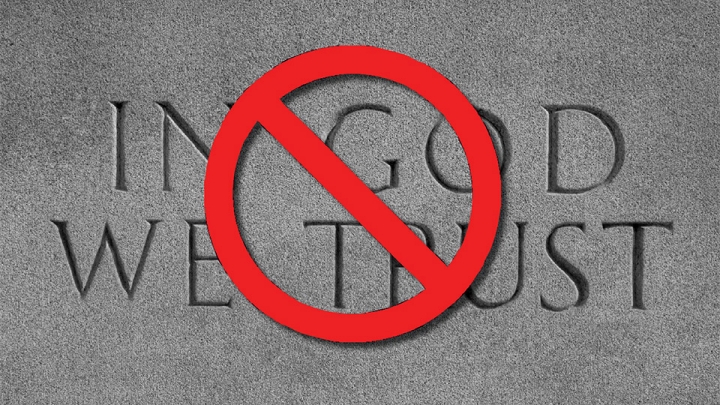 Because public opinion on these issues is divided, there will be considerable variety in the way different people answer the questions. Debates on these topics can be fairly heated, but as of early 2021 one is still theoretically allowed to hold views that differ from those of the political majority. As such, no combination of answers is completely unacceptable.

Why is it now normal to think that Christians can be penalized for their beliefs while almost all other belief structures must be respected?

Imagine, though, that at the end of the survey there is an optional question: “Do you profess any political, philosophical, religious, or other set of beliefs that has impacted your answers to the ten questions?” Although any answer is technically permitted for this question, an answer suggesting you subscribe to traditional Judeo-Christian beliefs will mean that your views on the other ten questions are effectively disregarded.

One might think that is far-fetched, but within the span of a week at the end of February we saw two prominent illustrations of the point. In the first, Republican Representative Greg Steube from Florida argued against the so-called Equality Act, stating that:

“The gender confusion that exists in our culture today is a clear rejection of God’s good design. Whenever a nation's laws no longer reflect the standards of God, that nation is in rebellion against him and will inevitably bear the consequences.”

Democratic Representative Jerry Nadler of New York responded that, “Mr. Steube, what any religious tradition describes as God’s will is no concern of this Congress.”

Presumably Mr. Nadler would not object to any member of Congress citing cultural deities such as Oprah, President Obama, LeBron James, or Lady Gaga as an authority on the topic, but “God’s will is no concern of this Congress.” Nadler faced some pushback for his comment, but he was accurately articulating the mentality of most members of Congress.

The other prominent example was from Pope Benedict XVI in response to an interview question about President Biden:

“It’s true, he’s Catholic and observant. And personally he is against abortion. But as president, he tends to present himself in continuity with the line of the Democratic Party. . . . And on gender policy we still don't really understand what his position is.”

Even if we have some hope that Benedict XVI was misquoted, there is common belief, even among nominal Catholics, that one can be “Catholic and observant” while completely disregarding the Catholic Faith to succeed within the confines of a world that rejects Christianity.

Accordingly, we find ourselves in a society that bans the Ten Commandments from classrooms while it invites drag queens to provide story hours.

Thinking about the hypothetical political survey, it seems evident that American society does not generally require politicians to disregard any non-Christian beliefs they may profess when formulating policy decisions. Why, then, is it now normal to think that Christians can be penalized for their beliefs while almost all other belief structures must be respected? Pope Benedict XVI’s answer reflects a disoriented mindset that it is fine for the Democratic Party leadership, or hidden billionaires like Soros, to dictate a politician’s belief, but we cannot possibly tolerate God having a say in politics.

America has never been an “officially” Christian country, though Christianity has helped shape its culture, laws, and education systems. Even so, we can find some valuable insight into America’s current rejection of Christianity from Pope Pius XI’s discussion of the fall of Catholic societies in his 1925 encyclical, Quas Primas:

“If We ordain that the whole Catholic world shall revere Christ as King, We shall minister to the need of the present day, and at the same time provide an excellent remedy for the plague which now infects society. We refer to the plague of anti-clericalism, its errors and impious activities. This evil spirit, as you are well aware, Venerable Brethren, has not come into being in one day; it has long lurked beneath the surface. The empire of Christ over all nations was rejected. The right which the Church has from Christ himself, to teach mankind, to make laws, to govern peoples in all that pertains to their eternal salvation, that right was denied. Then gradually the religion of Christ came to be likened to false religions and to be placed ignominiously on the same level with them. It was then put under the power of the state and tolerated more or less at the whim of princes and rulers. Some men went even further, and wished to set up in the place of God's religion a natural religion consisting in some instinctive affection of the heart. There were even some nations who thought they could dispense with God, and that their religion should consist in impiety and the neglect of God.”

America never accepted the “empire of Christ over all nations” or the right of the Church to make laws and govern peoples, so the “highpoint” of Catholicism in America was when “the religion of Christ came to be likened to false religions and placed ignominiously on the same level with them.” From there we have gradually arrived at the final state of affairs that Pope Pius XI describes and are now led by those who believe that “religion should consist in impiety and the neglect of God.”

Accordingly, we find ourselves in a society that bans the Ten Commandments from classrooms while it invites drag queens to provide story hours. Mothers have the right to kill their babies up until the moment of birth but no right to prevent their child from switching genders. In public discourse, one is cheered for advocating the most irrational causes and cursed for defending self-evident truth. One is reminded of C.S. Lewis’s observation from The Abolition of Man:

“An open mind, in questions that are not ultimate, is useful. But an open mind about the ultimate foundations either of Theoretical or of Practical Reason is idiocy. If a man’s mind is open on these things, let his mouth at least be shut.”

Our leaders once rejected the nonsense we now see but were persuaded to have open minds. Alas, those who do not have an open mind about the ultimate foundations of reason are forced to keep their mouths shut today. Idiocy is thus one of the defining characteristics of our current political discourse.

As Pope Pius XI wrote, this evil spirit “has not come into being in one day.” Not long ago, good men and women in America would have rejected this horror. The Remnant’s recent video, The Children of Winter, lays the blame at the feet of those who knew better but were too cowardly to act:

Watch CHILDREN OF WINTER: The Remnant of Christendom

Woe to those who take upon themselves the responsibility to protect the flock and then reject God’s abundant graces to do so. Their failure to act in the face of grave threats “preaches from the housetops” that God has no real concern for our lives. Like many other nations, America has heard this sermon loud and clear, and seems to be betting that God either does not exist or no longer cares what we do. In this regard, we are simply following the false shepherds, who have made that wager publicly since Vatican II.

But God does exist, and His words shall not pass away (Matthew 24:35).

If we wish to save our own souls and help others to heaven, we must act according to our Faith. At the end of Quas Primas, Pope Pius XI summarized the attitude we must have today:

God has given us the grace to do His will, and we would be fools to think that He does not care how we respond.

Commenting on Quas Primas in his Cross and Crown, Fr. Robert Mader wrote of the great plague facing our world today, that of rejecting Jesus Christ:

“Here, army opposes army, banner against banner, slogan against slogan. We have to choose. We must serve the one side or the other. This is the object of the mighty spiritual battle before which we apparently have arrived. The future belongs either to laicism or to the kingdom of Christ. As far as we are concerned, we believe that the plague, after it has laid waste to the whole earth, will gradually come to an end. Whatever the morrow may bring, the day after tomorrow belongs to Christ the King.”

[Comment Guidelines - Click to view]
The Remnant values the comments and input of our visitors. It’s no secret, however, that trolls exist, and trolls can do a lot of damage to a brand. Therefore, our comments are heavily monitored 24/7 by Remnant moderators around the country.  They have been instructed to remove demeaning, hostile, needlessly combative, racist, Christophobic comments, and streams not related to the storyline. Multiple comments from one person under a story are also discouraged. Capitalized sentences or comments will be removed (Internet shouting).
The Remnant comments sections are not designed for frequent personal blogging, on-going debates or theological or other disputes between commenters. Please understand that we pay our writers to defend The Remnant’s editorial positions. We thus acknowledge no moral obligation whatsoever to allow anyone and everyone to try to undermine our editorial policy and create a general nuisance on our website.  Therefore, Remnant moderators reserve the right to edit or remove comments, and comments do not necessarily represent the views of The Remnant.
back to top
Last modified on Thursday, March 18, 2021
Tweet