The Most Precious Blood of Jesus: A Feast Added, Withdrawn & Returning 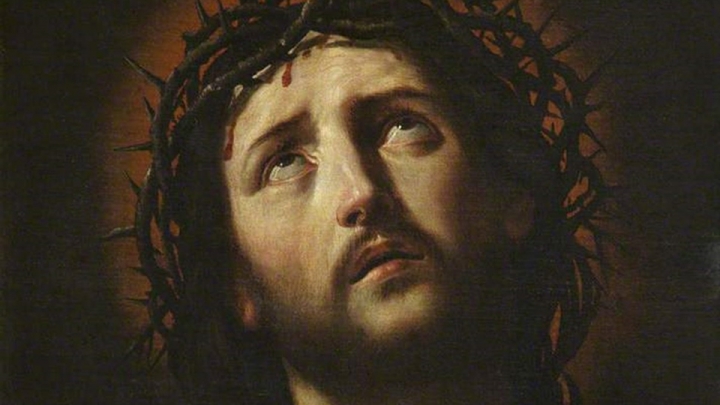 EACH YEAR, AS we turn the corner from the month of the Most Sacred Heart of Jesus into July, the height of summer in the northern hemisphere, we fittingly start off with the feast of the Most Precious Blood of Jesus that bathes the rest of the month in its vermilion glow. Like so many feasts in the calendar, this one owes its origin to an act of thanksgiving for a military victory: its inscription in the general calendar was Pius IX’s act of thanksgiving for the expulsion of a revolutionary army from Rome in 1849.

Devotion to the Most Precious Blood, of course, is much older than the nineteenth century: we have Patristic homilies devoted to the Blood of the Lamb and extensive writings and mystical testimonies from the Middle Ages. The New Testament itself, especially in the Epistle to the Hebrews, specifically focuses on the Blood as the price of our salvation, the singular means of our redemption and cleansing, foreshadowed in the animal sacrifices of the Old Testament.

By Divine Providence this Feast has survived, barely, the attempt to thrust it down the memory hole.

The purpose of the liturgical feasts of Our Lord is to look at the mysteries of His life, death, and resurrection one by one, even if they are united in Him, so that we can better contemplate and venerate the aspects of a reality too great for us to comprehend. For example, we look at the mystery of the Incarnation in three aspects: on March 25, as the invisible conception of the Word in the womb of Mary; on December 25, as the visible emergence of the Word-made-flesh from the same virginal womb; and on January 6 as the manifestation of Christ to the peoples, represented by the shepherds and the Magi. It would be absurd to say we should collapse these three into a single feast called “The Incarnation of Christ.”

By a similar logic, the Church, having celebrated from ancient times Holy Thursday in remembrance of the institution of the priesthood and of the Holy Mass, then in the 13th century introduced the feast of Corpus Christi so that the Real Presence of Christ in the Holy Eucharist could be properly venerated, and in the nineteenth century completed the arc with the feast of the Precious Blood, which focuses entirely on the great price Our Lord paid for our Redemption, and the lavish gift of Himself to the last drop of His lifeblood. These feasts are not “interchangeable.”

It was therefore typically antiquarianist, rationalist, and reductionist for the liturgical reformers to abolish the feast of July 1st and to “fold it in” to Corpus Christi, which they renamed “Corpus et Sanguis Christi.” As with the Siamese fusion of June 29 (Saints Peter and Paul, focusing on Peter) and June 30 (Commemoration of St Paul, to give him his due) into June 29 alone on the new calendar, so here, the result is not more focus, but more blur. 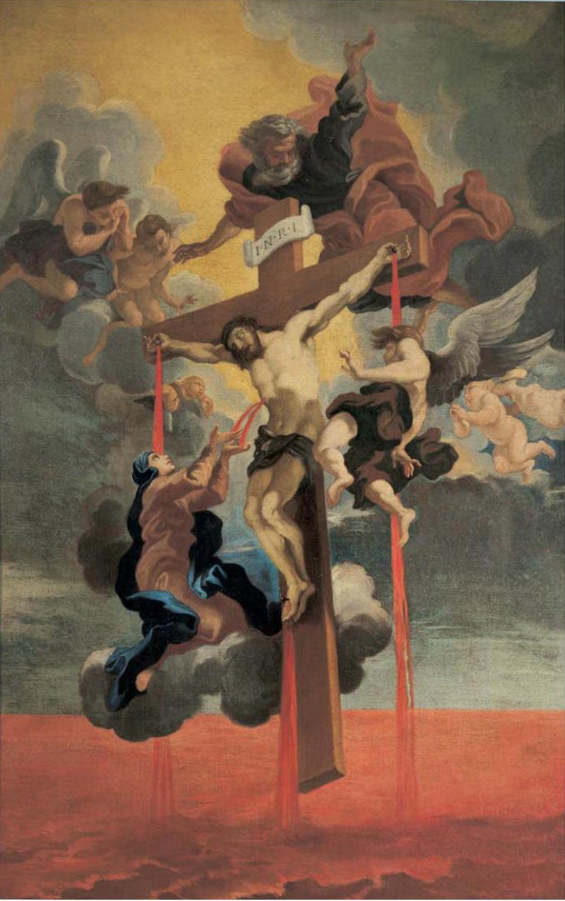 The ultimate irony is that the liturgical reformers blathered on and on about how important it is to “increase exposure to the Bible” and to make the liturgy more Scriptural. Guess what: you’d be hard-pressed to find a feast more profoundly scriptural than that of the Most Precious Blood. (Just crack open your daily missal and have a look.) As I frequently like to point out, the legitimate goals of the Liturgical Movement are always found to be more fully achieved in the tradition than in the slapdash committee product that replaced it.

We can point to yet another irony. A little over sixty years ago, on June 30, 1960, Pope John XXIII promulgated the Apostolic Letter Inde a Primis, On Promoting Devotion to the Most Precious Blood of Jesus. It offers a marvelous summary of the theology behind the devotion, and then announces the publication of an approved Litany, which will be found in most traditional missals, and is well worth praying on July 1st and any time in July.

From the very outset of our pontificate, in speaking of daily devotions we have repeatedly urged the faithful (often in eager tones that frankly hinted our future design) to cherish warmly that marvellous manifestation of divine mercy toward individuals and Holy Church and the whole world redeemed and saved by Jesus Christ: we mean devotion to his Most Precious Blood. From infancy this devotion was instilled in us within our own household. Fondly we still recall how our parents used to recite the Litany of the Most Precious Blood every day during July.

The devotion to the Most Precious Blood, which owes its marvellous diffusion to the nineteenth-century Roman priest, St. Gaspar del Bufalo, has rightly merited the approval and backing of this Apostolic See. We may recall that by order of Benedict XIV the Mass and Office in honor of the divine Savior’s adorable Blood were composed. And to fulfill a vow made at Gaeta, Pius IX extended the feast to the whole Church. Finally, as a commemoration of the nineteenth centenary of our redemption, Pius XI of happy memory raised this feast to the rank of first-class double, so that the greater liturgical splendor would highlight the devotion and bring to men more abundant fruits of the redeeming Blood.

Less than nine years later, however, John’s suppression-happy successor Paul VI, evidently feeling that “the approval and backing of the Apostolic See” was no longer warranted, audaciously went against his predecessors Benedict XIV, Pius IX, Pius XI, and John XXIII in lessening the honor paid to the Precious Blood, and thus, reversing the “more abundant fruits of the redeeming Blood” that flow from “greater liturgical splendor.” It is one thing not to have a feast and then to introduce it; this brings greater glory to God. It is quite a different matter to have a feast of Our Lord and then to abolish it for no good reason; this is like a slap in the face—one of all too many given by Paul VI to the Mystical and Liturgical Body of Christ. 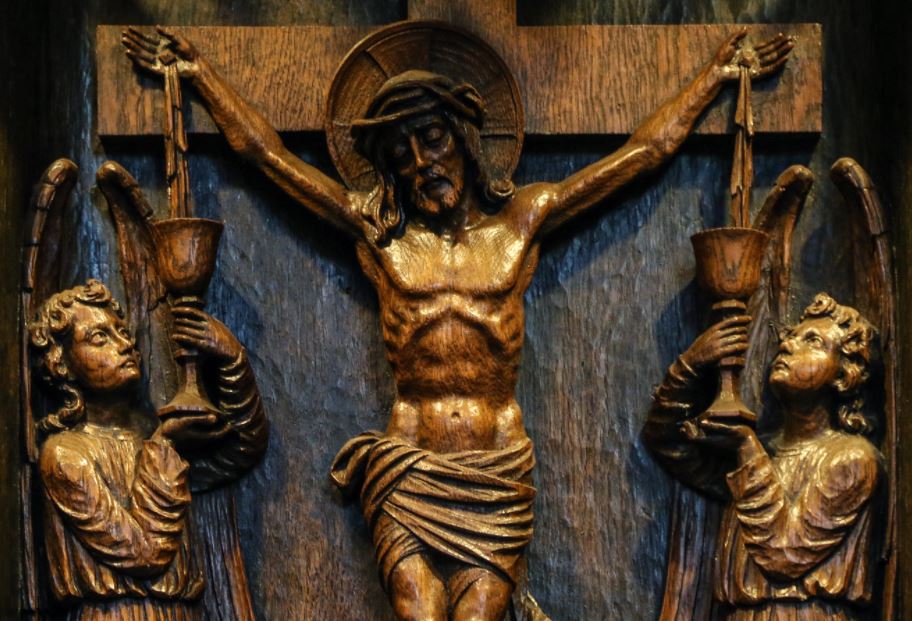 The liturgical reformers often said they acted on the basis of ancient and especially Eastern traditions. To this day one can still find Easterner-than-thou faux liturgists who will splutter: “But all these late Western devotions, like the Holy Name and the Sacred Heart and the Precious Blood—they’re not EASTERN!” (said with a particular tone of voice). “The East doesn’t venerate PARTS of the Lord! They don’t put the Host in a monstrance! We don’t have Ideenfeste, feasts about theological abstractions!”

I know that my educated Byzantine friends would never fall for such silly statements. Apart from the fact that the Byzantine liturgy does offer parallels to these Catholic devotions (even if not in the same manner), they will certainly be the first to point out, with eagerness, how frequently it is the Greek Fathers who offer theological foundations for these Catholic devotions!

For example, three lessons for Matins of the Feast of the Most Precious Blood are taken from a sermon of St. John Chrysostom:

Do you wish to know the power of Christ’s sacred Blood? Let us then review its Old Testament antecedents, let us recall what prefigured it, listening to what sacred Scripture says. Take the story of the tenth plague. The scene is Egypt, and God has foretold the death of all Egypt’s firstborn at midnight because they retained His firstborn people. But that His chosen nation would be spared—for they were living together in the same land—God devised a visible sign that would save them. A wonderful symbol, one which would vividly bring home to us the power of blood! Now the divine wrath is striking the land, now the destroyer is hurrying to every home! What does Moses do? He says, “Slay a yearling lamb and smear the doorposts with its blood.” Such advice, O Moses? Is sheep blood capable of delivering a human being? Yes, he says, not because it is blood, but because it foreshadows the Blood of the Lord.

For just as the statues of kings, which lack life and speech, in times past, delivered men with spirit and mind who embraced them—not, of course, because they were cast of bronze, but because they represented the king himself—similarly, brute blood saved the Israelites, not by its own merits, but because it pointed to the divine Blood. And the Destroyer passed by the homes whose entrances were smeared with blood, and dared not enter. Likewise, the devil must now flee from the soul sealed, not with the blood of an ancient type, but with the very Blood of Christ, the divine lamb. If the Destroyer fled in terror from the mere figure, with what unimaginable fright will Satan shrink away when he beholds the true reality! Do you desire to learn another power of this Blood? I want you to look and see whence it first runs, and from what source it flows. It comes from the Cross itself, its origin is in the Lord’s side: He laid open the wall of that temple; what I have done is to find there a magnificent treasure: I have had the joy of discovering shining riches.

To this magnificent treasure, to these shining riches, the traditional liturgy of the Roman Church, in every century of its expansive development, gives the faithful of Christ ample and welcome access. It is “truly meet and just, right and profitable” to celebrate on July 1st the feast of the Most Precious Blood of Jesus. By Divine Providence it has survived, barely, the attempt to thrust it down the memory hole. Year by year, may it return to every church, every altar, every missal, and every grateful heart redeemed by the copious shedding of this divine Blood.

[Comment Guidelines - Click to view]
The Remnant values the comments and input of our visitors. It’s no secret, however, that trolls exist, and trolls can do a lot of damage to a brand. Therefore, our comments are heavily monitored 24/7 by Remnant moderators around the country.  They have been instructed to remove demeaning, hostile, needlessly combative, racist, Christophobic comments, and streams not related to the storyline. Multiple comments from one person under a story are also discouraged. Capitalized sentences or comments will be removed (Internet shouting).
The Remnant comments sections are not designed for frequent personal blogging, on-going debates or theological or other disputes between commenters. Please understand that we pay our writers to defend The Remnant’s editorial positions. We thus acknowledge no moral obligation whatsoever to allow anyone and everyone to try to undermine our editorial policy and create a general nuisance on our website.  Therefore, Remnant moderators reserve the right to edit or remove comments, and comments do not necessarily represent the views of The Remnant.
Last modified on Wednesday, July 7, 2021