THE GOOD COP FILES: Police Protect Communities on the Front Lines, and Behind the Scenes 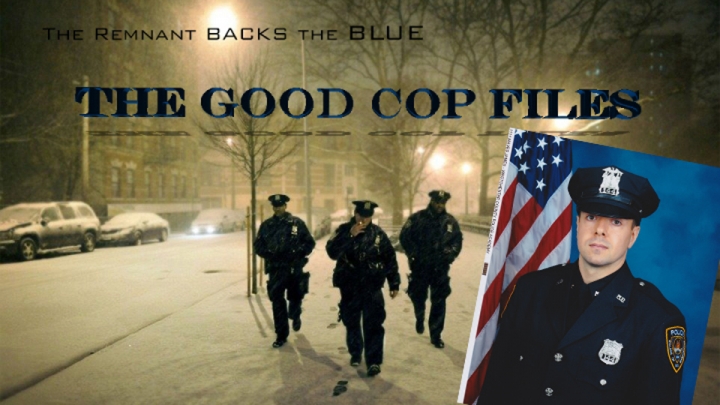 When most of us see the police, we see them on the front lines of the war for our country. The police are on the streets, chasing down Democrat-supported mobs burning down Black businesses or dealing drugs on the corners of Democrat-run cities. The police run toward gunfire, toward traffic accidents, toward scenes of domestic abuse. We see the police in uniform, the thin blue line between our safety and the chaos of the Woke American Revolution (WAR).

Because of this visibility of the police in our streets, we might tend to forget that the men and women on patrol are members of our communities, too. Often indispensable ones. I recently sat down with Dorothée Maver, wife of James Maver, a police officer in the Village of Mamaroneck in Westchester County, New York. During that brief interview, I got a glimpse of just how rooted the lives of police officers are in the communities they risk their lives to serve and protect. 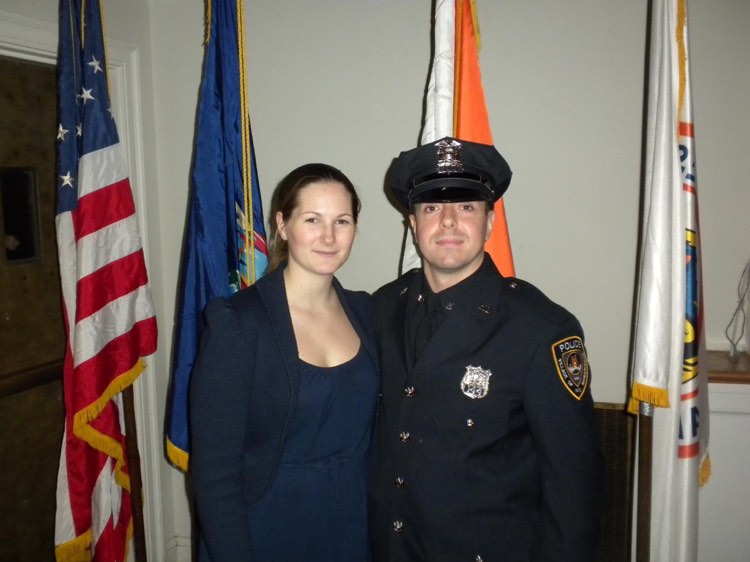 “He Brought Me Back to the Church”

James Maver grew up in Mamaroneck and attended Mass regularly with his grandmother as a young man. They sat in the front pew. James was the only male in his generation and, as Dorothée tells it, he developed into a staunch Catholic. Dorothée and James were high school sweethearts. She had fallen away from the Faith somewhat, but her courtship with James led her home. “He brought me back to the Church,” Dorothée smiles.

From an early age James wanted to be a policeman. After college he was looking for a police officer job while working as a security officer. Five years later, without having found any positions as a policeman, James went to law school, perhaps considering a change in career paths. “The same week he took the New York bar exam,” Dorothée says, “he got hired by the Mamaroneck Village Police Department.” 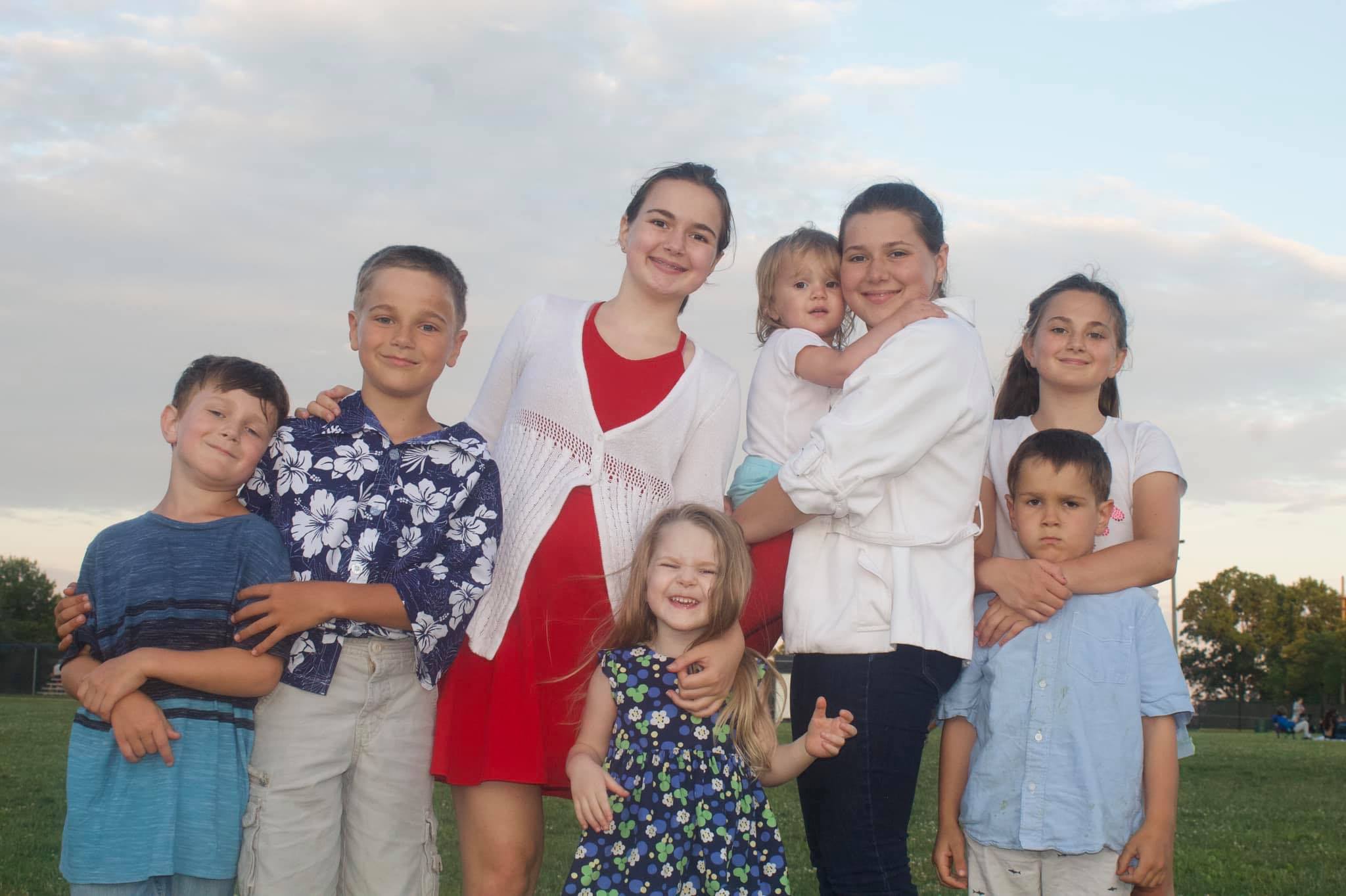 James now works second shift, four pm to midnight, protecting the community in which he, Dorothée, and their eight children—ranging in age from fourteen years to eighteen months—reside. Dorothée notices the surprise on my face when she tells me about their big family. She works full-time, too, and when I call her late at night she is just wrapping up preparing lunches for the kids for the next day. So, I could not hide my wonder at how one woman could accomplish so much, and be so upbeat and friendly despite the demands on her time.

“I just laugh to get through the day,” she says. “You have to be strong for your kids. If you give them a polite, respectful home, then as a family we can all handle whatever life throws our way.”

Keeping the Church in the Community

Now that James has a family of his own, taking his wife and children to Mass is a central part of his life. But all that was threatened in 2015, when the parish centered on The Most Holy Trinity Church, where James had attended Mass with his grandmother, was merged with St. Vito’s. In February of 2018, Timothy Cardinal Dolan issued a pastoral letter indicating that he would be closing Most Holy Trinity permanently because of a lack of funding and resources.

Using his legal training, Maver, along with two other parishioners, got involved in a Canon Law dispute with the archdiocese. Eventually their appeal went all the way to the Vatican.

But Cardinal Dolan didn’t know he would be dealing with James Maver. Using his legal training, Maver, along with two other parishioners, got involved in a Canon Law dispute with the archdiocese. Eventually their appeal went all the way to the Vatican. In 2020, Dolan wrote again—this time to say that Most Holy Trinity would remain open. In May of 2021, Holy Mass was celebrated at Most Holy Trinity for the first time in six years. For now, the church is open only infrequently, but the Mavers and the other parishioners hope to have regular Masses again someday soon. The Eucharist, the heart of the Christian community, remains in Mamaroneck, nourishing the Mavers and many other families, some of whom might not have been able to attend Mass at all were it not for the quiet heroism of one good cop. 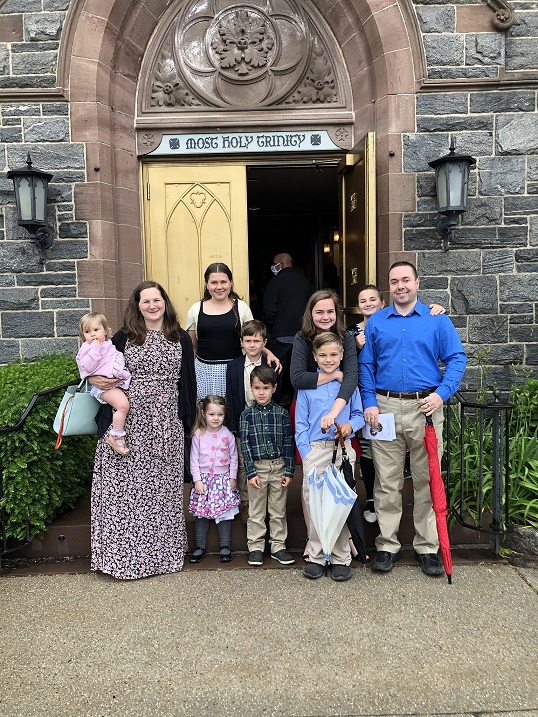 Mamaroneck to Manhattan: A Tale of Two Universes

Mamaroneck is less than twenty-five miles from downtown New York City. But as Dorothée Maver tells me, it might as well be on another planet. The crime in New York is off the charts, and police officers—who know they have had no support from within the city’s government under outgoing Mayor Bill DeBlasio—are leaving the force in droves. “New York City is out of control,” Dorothée says. “The property values around Mamaroneck are up ten percent—there is an exodus away from the chaos.”

One of the Mavers’ neighbors is a police officer in New York City, and he tells Dorothée and James what his shifts are like. “Police in New York get things thrown at them every day,” the Mavers are told. “Early retirement is common.” Crime is making its way upstream from New York City, too, Dorothée says, and the effects of the nationwide assault on the police are encroaching even in small-town America.

In Mamaroneck, however, the community embraces police officers, who in turn embrace and uplift the community.

In Mamaroneck, however, the community embraces police officers, who in turn embrace and uplift the community. The vicious cycle in Manhattan of deteriorating morals and then spiking crime is reversed upstate, where men and women like James and Dorothée Maver pour their energy and love into their families, their homes, their communities. And the community loves them back.

“Last year, people from outside the village held a BLM rally here,” Dorothée says. But the community held strong. “There was a Blue Lives Matter Rally the next week, and people turned out in big crowds. Villagers were dropping food off at the police station in Mamaroneck, showing their support for the police officers.”

The investment by James Maver of shift after shift of police work, and hour after hour of volunteering to save Most Holy Trinity, pays off in the form of good neighbors and a strong community.

Officer James never brings his work home with him. His first priority is protecting his family, keeping his children from seeing the darkness that grips so much of the modern world.

The Mavers even take their family to Latin Mass when they can. It’s a far drive, and Latin Mass is not the easiest for parents to prepare for. “The big kids wear veils,” Dorothée says, “and even the little kids wear suits.” But the dividends of families brought up in the beating heart of Holy Mother Church are apparent. Mamaroneck and Manhattan are worlds apart in many ways, but perhaps in rootedness in Faith most of all.

As our interview is winding down, one of the Mavers’ younger children squeezes into the frame to ask her Mom for some bedtime help. “Many of the kids stay up to wait for Daddy to come home,” Dorothée says to me. “We love our Daddy, don’t we?” she says to her daughter, who nods in agreement. It is almost midnight in Mamaroneck, and Officer Maver should be home soon. 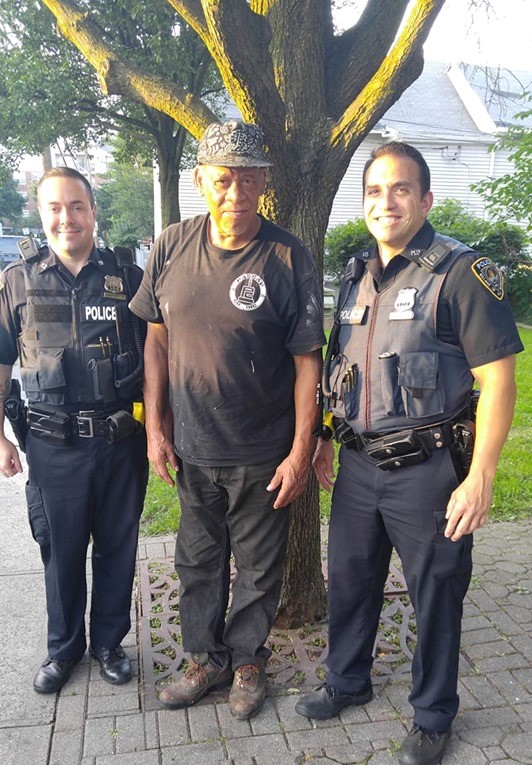 James Maver has a hard job keeping his community safe. But, Dorothée says, he never brings his work home with him. His first priority is protecting his family, keeping his children from seeing the darkness that grips so much of the modern world.

Dorothée is not entirely optimistic about big-picture America, and sees more economic turmoil ahead. She also sees 2020 as a watershed in American history. “BLM got everything they wanted,” she says earlier in our interview. She knows, as do many others, that her country has been dealt a heavy blow.

I share with her that my faith in America has been renewed by doing interviews for The Good Cop Files. There are a lot of good Americans left, I say.

“Yes, there are,” she replies. Dorothée Maver and her children pray for James Maver every day, and those prayers buoy his work and the entire community of which the family is a part. Good Americans, rooted in church and home.

“I lucked out,” Dorothée says as we prepare to close out the interview. “James is a wonderful guy.”

[Comment Guidelines - Click to view]
The Remnant values the comments and input of our visitors. It’s no secret, however, that trolls exist, and trolls can do a lot of damage to a brand. Therefore, our comments are heavily monitored 24/7 by Remnant moderators around the country.  They have been instructed to remove demeaning, hostile, needlessly combative, racist, Christophobic comments, and streams not related to the storyline. Multiple comments from one person under a story are also discouraged. Capitalized sentences or comments will be removed (Internet shouting).
The Remnant comments sections are not designed for frequent personal blogging, on-going debates or theological or other disputes between commenters. Please understand that we pay our writers to defend The Remnant’s editorial positions. We thus acknowledge no moral obligation whatsoever to allow anyone and everyone to try to undermine our editorial policy and create a general nuisance on our website.  Therefore, Remnant moderators reserve the right to edit or remove comments, and comments do not necessarily represent the views of The Remnant.
back to top
Last modified on Thursday, March 24, 2022
Tweet