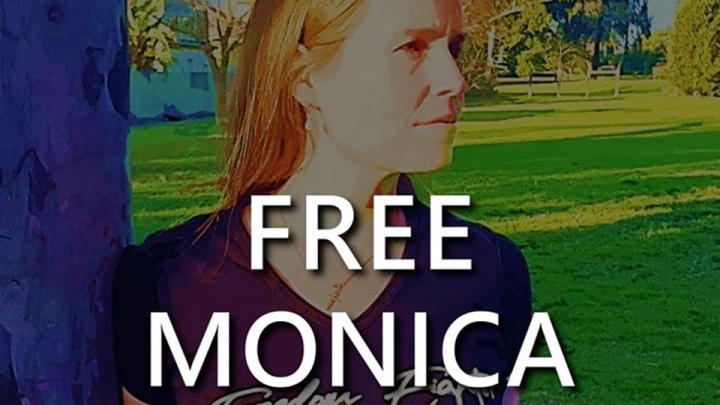 Over the last eighteen months, Australia has become a battleground for the opposing forces of freedom and totalitarianism. Some states have endured multiple, ongoing lockdowns and experimental vaccines have been mandated in many industries across the nation. At the Federal level, both the government and opposition are attempting to introduce vaccine passports while our Bishops have openly encouraged Catholics to accept the abortion-tainted vaccines. Add to this a new law that enables police to take control of private social media accounts and electoral changes that could see the end of minor parties, and it becomes obvious that Australia is in quite a mess.

Reignite Democracy Australia is one of the few groups which have mobilised to oppose the government’s vaccine mandates and its generally heavy-handed response to the coronavirus. The grassroots organisation has enlisted tens of thousands of members from around Australia and has been attempting to equip ordinary people to push back against government overreach. As reported in The Remnant this week, the founder of Reignite Democracy Australia, Monica Smit, was arrested on August 31st on what amount to trumped-up charges of “incitement.” Monica is being held on remand, after refusing to sign the onerous bail conditions which have been described by some as a threat to democracy.

DOWN UNDER ARREST: Australian Jailed Over Vaccine Mandates

These bail conditions, as set down by a Melbourne Magistrate on September 1st, included that Monica not share “any material which incites opposition to the Chief Medical Officer’s directions…”; not disclose the identity of police officers involved in her case; and that all groups and social media accounts related to RDA are to “remove any materials which incite opposition to the Chief Health Officer’s directions.”

These draconian bail restrictions undermine the very reason for the existence of Reignite Democracy Australia, and are a direct attack on the civil liberties of all Australians. This realisation led Monica to choose to remain in prison rather than set a precedent which could be used to further increase the totalitarian powers already existing in this country.

Alarmingly, the Magistrate’s bail restrictions were not as severe as those initially put forward by the Victorian Police, who had demanded that, in addition to those conditions imposed by the Magistrate, Ms Smit not publish “...any material contradictory to the Chief health Officer’s directions... “; to deactivate her personal and RDA social media accounts “for the duration of the State of Emergency in Victoria related to the Coronavirus pandemic”; “...not to engage in any public discourse in relation to the Chief Health Officer’s directions” and to operate her organisation in line with the Health Department’s “best practices.” [emphasis added]

The attack on Monica Smit and RDA shows how desperate the government is to censor any opposition to its handling of the COVID-19 outbreak.

Had she chosen freedom at the expense of her bail conditions, Ms Smit and her staff would have been prohibited from expressing concern over the harms caused by lockdowns and the experimental COVID vaccines, from promoting businesses who ignore mask mandates or from opposing vaccination mandates. This amounts to the inability to hold an opinion contrary to that of the Chief Health officer; as one lawyer put it, such restrictions “would make North Korea blush.” 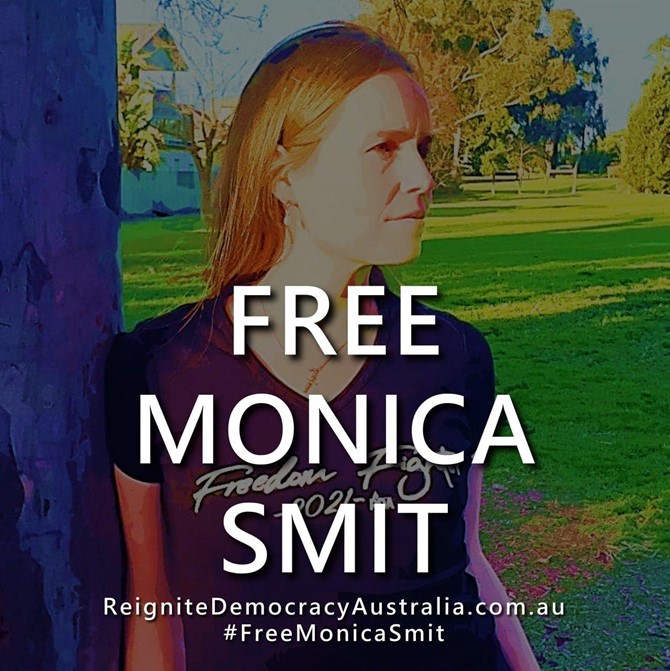 The arrest comes as Chief Health Officer, Brett Sutton, is under investigation for allegedly misleading a Health Department enquiry that led to the closure of a local catering business. The investigation involves allegations of tampering with evidence and a government coverup. Sutton was also roundly criticised for travelling interstate for an awards dinner at a time when his fellow Victorians were under harsh travel restrictions and unable to gather for large events. Suttons’ COVID restrictions have made Australian the laughing-stock of the world, with children prohibited from visiting playgrounds and millions of Victorians under curfew from 9pm to 5am. The media has shown itself to be the government’s perfect fifth column counterpart, showing little support for our courageous political prisoner.

Although Monica’s legal team has offered to work pro bono, a legal defense fund has been set up to cover some of her costs. If the case ends up in the High Court (equivalent to the US Supreme Court) then these costs could be enormous.

Monica Smit’s parents have released an emotional video in which they state that they have been unable to visit their daughter, but that she is staying strong and positive. The traditional Catholics thank RDA supporters for their messages and prayers, and her father, John Smit  tearfully explains that his family fled Communism in Europe for what they believed to be freedom in Australia and refers to Monica as the “only political prisoner on Australian soil.”

In line with COVID-19 protocols, Monica is being kept in isolation for two weeks, but is likely to be released into the general prison population at the end of her quarantine period.

The government’s relentless persecution of Monica Smit is an egregious attack on her civil rights and by extension, on those of all Australians. By rejecting her unreasonable bail conditions, Monica is now in prison on charges for which the maximum penalty is only a fine.

We pray that the patroness of Australia, Our Lady, Help of Christians, will protect Monica and her family and secure a brighter future for our nation.

LATEST FROM REMNANT TV:  RESISTENCE IS NOT FUTILE: Cancelling The Great Reset

[Comment Guidelines - Click to view]
The Remnant values the comments and input of our visitors. It’s no secret, however, that trolls exist, and trolls can do a lot of damage to a brand. Therefore, our comments are heavily monitored 24/7 by Remnant moderators around the country.  They have been instructed to remove demeaning, hostile, needlessly combative, racist, Christophobic comments, and streams not related to the storyline. Multiple comments from one person under a story are also discouraged. Capitalized sentences or comments will be removed (Internet shouting).
The Remnant comments sections are not designed for frequent personal blogging, on-going debates or theological or other disputes between commenters. Please understand that we pay our writers to defend The Remnant’s editorial positions. We thus acknowledge no moral obligation whatsoever to allow anyone and everyone to try to undermine our editorial policy and create a general nuisance on our website.  Therefore, Remnant moderators reserve the right to edit or remove comments, and comments do not necessarily represent the views of The Remnant.
back to top
Last modified on Sunday, September 5, 2021
Tweet

More in this category: « Reimagining Redemption: From Vatican II to Francis and Beyond No Country for Bold Men »