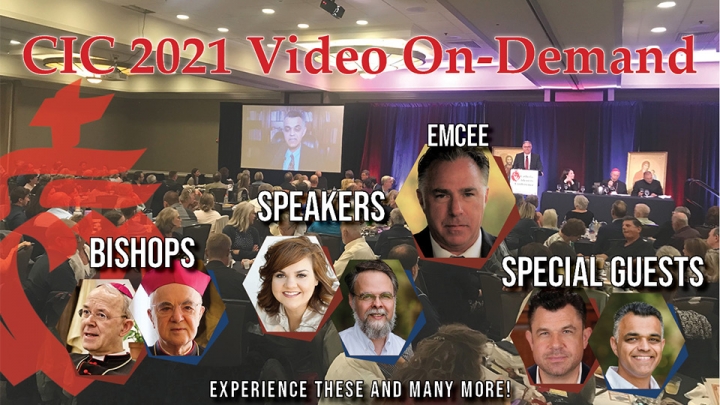 Eric Frankovitch and I are very pleased to announce that this year’s CIC in Pittsburgh, PA, exceeded all expectations. With some 700 attendees on hand over the three-day event, the CIC provided all of us here at The Remnant with an incredible “shot in the arm” that inoculated us all against the twin pandemics of Modernism and Globalism. The conference was made up of not only seasoned veterans of the traditional Catholic movement, but also an unexpected influx of new recruits, including hundreds of young people, students, and families who have only recently discovered the Traditional Mass.

In a manifestation of God’s Providence at work, many attendees of the CIC have discovered the traditional Latin Mass only recently, due to the Great Reset’s forced lockdown of the Novus Ordo churches. If the CIC’s infectious enthusiasm and commitment to resist the enemies of the Cross is any indication of what’s happening throughout the country, I can honestly report that there is more hope for the future of the Catholic Counterrevolution now than any of us thought possible even a year ago. 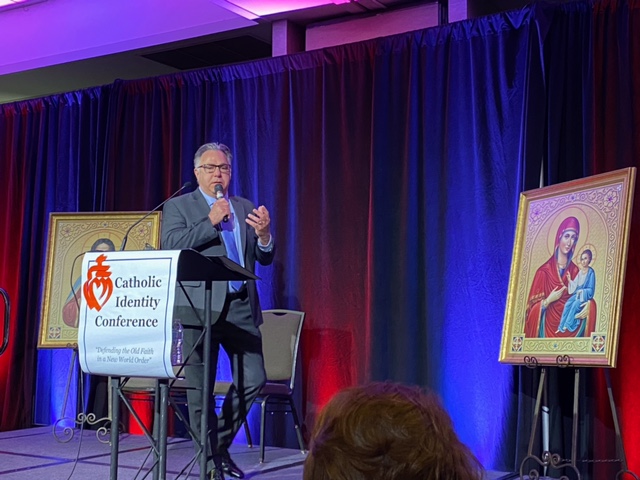 Whereas last year’s CIC delved into the hopeful possibilities of a political outcome offsetting the Globalist war against Christianity, this year’s event focused exclusively on the last best hope of the world, which is the proclamation of the Kingship of Christ and the restoration of Traditional Catholicism. It seems evident that the swamp creatures from the Vatican to Washington, D.C., have no idea of the extent to which they have awakened the sleeping giant of resistance worldwide.

I would strongly encourage you to discover for yourself the tremendous manifestation of Faith and principled resistance that was this year’s Catholic Identity Conference.

The overwhelming reaction to this year’s CIC was that we should continue to make this not only a weekend conference but an international movement, and we are already planning an event next year that will be even larger than that which took place this year.

So the plan is, God willing, to forge ahead which the Catholic Identity Conference, uniting once again Catholic activists, writers, leaders, priests and bishops from nearly every camp to make a strong and principled stand against not only the Great Reset which is exploding all around us, but also the anti-Catholic, anti-Christian, anti-God World Order. 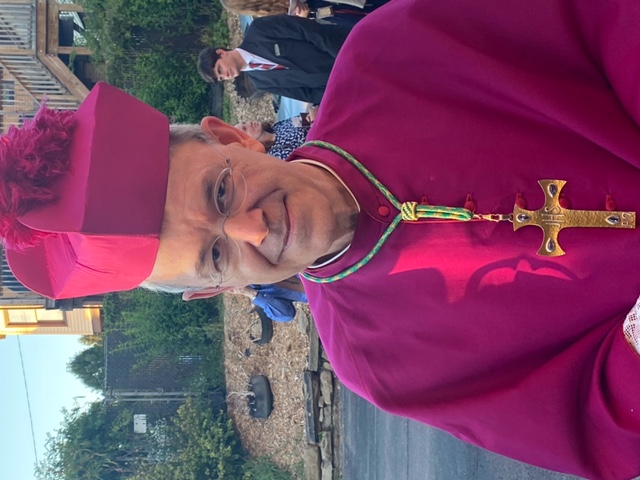 Gustav Mahler writes that “Tradition is not the worship of ashes, but rather the preservation of fire.” It became abundantly obvious at this year’s CIC that that fire and its preservation have become the defining feature of the Traditional Catholic movement going forward. The die has been cast, the line drawn in the sand, and the war declared.

I would like to make public my gratitude to all the excellent speakers and special guests who made this event what John Rao called the “best conference ever” and the most powerful manifestation of united clans to date. I was honored to stand with them all, but especially with three princes of the Church who stood as the CIC’s apostolic reminders of what Our Lord meant when He promised that He would be with us always, even unto the consummation of the world: Bishop Athanasius Schneider, Archbishop Carlo Maria Viganò, and Chorbishop Anthony Spinosa.

There are entirely too many CIC highlights for me to enumerate here—from veteran traditionalists to new recruits such as Abby Johnson—but I would strongly encourage you to discover for yourself the tremendous manifestation of Faith and principled resistance that was this year’s Catholic Identity Conference, which by all accounts was a massive success. 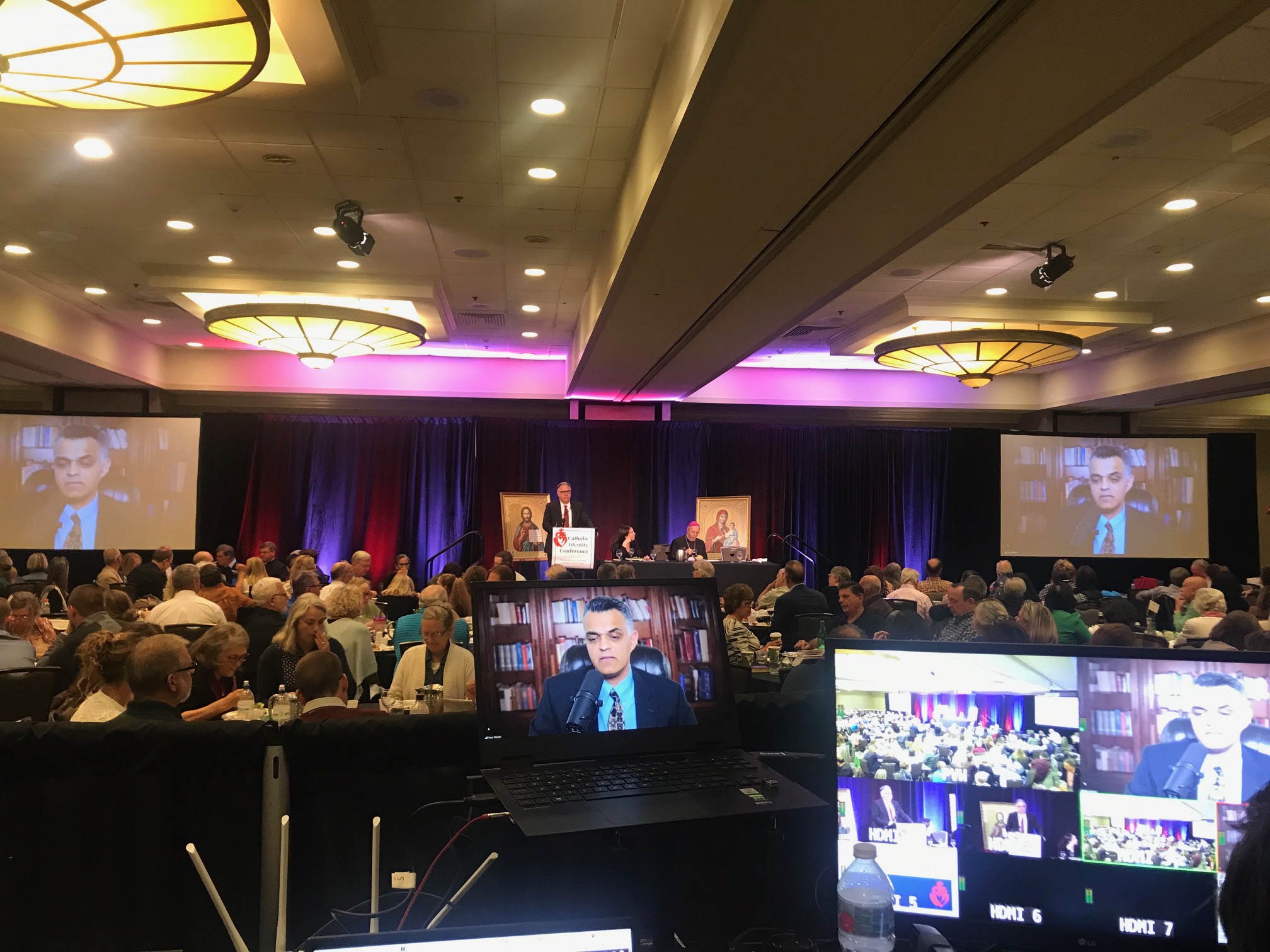 Help us spread the word and support the effort by watching all the talks online as on-demand video from Remnant TV. The long-term objective is to continue to grow the CIC both in terms of attendees and the worldwide, online audience. The entire conference, as well as surprise interviews, is available right now and I hope you will consider purchasing the videos for yourself, your family and your friends (perhaps even for Christmas). The proceeds will be used to help The Remnant the Catholic Identity Conference “build back better” than ever.

Thank you for your support of this important piece of Catholic Action, which unites the clans of Holy Tradition beneath the banner of Christ the King. All is not lost, friends, God is in His heaven and the armies of Christendom are on the move. I know this to be a fact, having just returned from the Catholic Identity Conference. I hope you will join the movement so that we can all make this the very last stand for God, Country and Tradition.

[Comment Guidelines - Click to view]
The Remnant values the comments and input of our visitors. It’s no secret, however, that trolls exist, and trolls can do a lot of damage to a brand. Therefore, our comments are heavily monitored 24/7 by Remnant moderators around the country.  They have been instructed to remove demeaning, hostile, needlessly combative, racist, Christophobic comments, and streams not related to the storyline. Multiple comments from one person under a story are also discouraged. Capitalized sentences or comments will be removed (Internet shouting).
The Remnant comments sections are not designed for frequent personal blogging, on-going debates or theological or other disputes between commenters. Please understand that we pay our writers to defend The Remnant’s editorial positions. We thus acknowledge no moral obligation whatsoever to allow anyone and everyone to try to undermine our editorial policy and create a general nuisance on our website.  Therefore, Remnant moderators reserve the right to edit or remove comments, and comments do not necessarily represent the views of The Remnant.
back to top
Last modified on Thursday, October 7, 2021
Tweet