In the 1960s the rapid displacement of its ancient Latin liturgy within the Catholic Church, first vernacularised, then supplanted by a new rite in 1969, has ever since occasioned perennial conflict between those who call the process a reform and those who term it an anti-liturgical and unhistorical revolution replete with cultural illiteracy. One instance of this conflict, covertly conducted, is provided by the foundation and continuance of the annual Père Receveur Commemoration at La Perouse on the north headland of Botany Bay. This February event commemorates the death of an eighteenth century French naval chaplain and the inception of the Catholic Mass at Botany Bay during the initial weeks of the British First Settlement in Australia in 1788. The lengthy sojourn of the Laperouse Expedition in Botany Bay from 26th January to 10th March that year occasioned both.

Commemorating the First Masses in Australia in 1788, Historically or Fictitiously 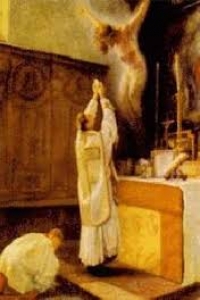 Latin must be retained because vernacular is always subjected to changes, would give rise to false interpretations, diminish reverence for the Most Holy Sacrifice, and might endanger the faith itself.

Editor’s Note: Knowing that many devout souls are trying to bring back the Latin Tridentine Mass, we are presenting an article written by Rev. Leonard Goffine over 200 years ago. Catholics who still love the Latin Mass will enjoy reading the part the priest plays as compared with Christ’s. By following the priest step by step in the celebration of the Holy Sacrifice and seeing how the Mass is the reenactment of Christ’s last days on earth, many will gain a better and deeper understanding of the Mass and may come to realize why it is necessary to continue to preserve the Latin Tridentine Mass. May the Blessed Mother bestow her graces on all who seek to preserve the Holy Sacrifice.

In order to hear Mass profitably in the sense and spirit of the Church, we should know, in the first place, that the Mass is that sacrifice, which we should offer with our whole being, with all that we are or have, to Almighty God for His glory, in satisfaction for our sins, in thanksgiving for graces received and in supplication for those still necessary, a sacrifice which we ourselves, because of our wretched sinfulness, cannot offer and therefore Christ Himself offers for us; we should be united with God by the most intimate participation in the Sacrifice of Jesus, and we should understand that the Sacrifice of the Mass is also an unbloody renewal of the sacrifice on Calvary. Thus we must hear Mass in a three-fold manner.

The Traditional Latin Mass: A Reenactment of Christ’s Last Days on Earth

This article is my take on the impact of the latest scandal caused by the latest papal press conference at the back of an airplane: the one during the flight from Manila to Rome, reported around the world under the eminently predictable headline: “Pope Francis: Catholics Don’t Have to Breed Like Rabbits.” Objectors need not pester me or this newspaper with complaints about “bad translation” or the “whole context” of the Pope’s remarks, nor with such quibbles as “the Pope said be like rabbits, not breed like rabbits.” I have watched the entire interview in Italian and compared it with the transcript provided by America magazine and can confirm that the Pope said what he is reported to have said and that its “context” does not diminish but rather only exacerbates the scandal he has caused—yet again—by speaking off-the-cuff.

That is, the scandal caused by Francis telling us what he really thinks, which is supposed to be the great benefit of his insistence on “speaking from the heart” rather than relying on prepared texts like his overly inhibited predecessor.

Rabbitgate: Could This Be a Good Thing? Featured

"The worst evil of all is to say that neither good nor evil is anything in itself, but only matters of opinion."   - St. Justin Martyr

They came from far and wide, a veritable sea of humanity whose outer limits could not be easily determined from my vantage point. Printed on their banners, written on their hats, or sewn onto their clothing were the telltale signs of people who had traveled long distances, including contingents from the Netherlands and Canada, to come to Washington's Mall on this day, one that has been called, "a day of infamy."

From Alaska to Florida, from the Bronx to Texas, as well as from areas in-between, tens - no, hundreds - of thousands of people descended on the nation's capital for one, and one purpose, alone: to call for the repeal of the most infamous Supreme Court decision of the 20th century: Roe v. Wade, which now provided a legal "right" to a practice that previously had been outlawed since the founding of the nation. 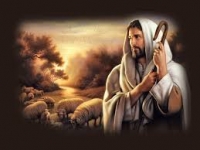 Today we are in the midst of doctrinal and moral errors so great that even the anathemas of Trent are beginning to pale in insignificance. Hardly a dogma or a moral principle is not being undermined or perverted: Sacred Scripture reduced to myths, Christ downgraded to a mere man, the Church labeled as a medieval outmoded institution. Do we desert the Church? Or do we stay, watch and pray!

(Editor’s Note:  Msgr. Bandas was a member of two commissions during the Second Vatican Council, one on dogma and the other on seminaries. He attended every session of the Second Vatican Council, and he died on June 26, 1969. The founding editor of The Remnant, Walter L. Matt, a close friend of Msgr. Bandas, used to say that Vatican II brought on the early death of Msgr. Bandas—a brilliant, holy priest who died of a broken heart over the Council.  Msgr. Bandas himself, upon his return from Vatican II, predicted that, before all this was over, “the blood of faithful Catholics would flow in the sanctuaries.”  May the following words of the late, great Msgr. Bandas remain with us always. The article is reprinted from The Remnant, Feb. 12, 1968. MJM)

Almost a year ago our Holy Father proclaimed the Year of Faith. Towards the end of that year we join him now in a special way and pray with him in the words of the Collect of the Mass for Holy Pontiffs: “O God, you have saved Your Church from all threat of the powers of hell, by establishing her upon the foundation of the apostolic rock, grant that she may remain unswervingly in the way of truth and so be strengthened in continual security.”

With a Common Core clearinghouse of materials “authorized” for use, Catholic schools will succumb to being just like the public schools. Are you okay with that?

This week is Catholic Schools Week – it is typically held during the last week of January with many schools having activities planned for each day of the week, including Mass. This might be a good time to look around, ask questions and see what kind of Catholic Identity your (arch-) diocesan schools really possess.

If your children don’t attend a Catholic school, it might be worth inquiring what the nearest school or your college alma mater is really doing in teaching the Faith – unless, of course, you attended Notre Dame, Georgetown, BC, LMU, most Jesuit high schools and universities because you already know how much they have resisted the Magisterium because they’re usually in the newspapers often enough.

Looking for a different game for house parties and rainy days?   Try matching Popes with American presidents who are roughly contemporary.

In the style of Plutarch’s Lives of the Noble Grecians and Romans, you might match, say, Eisenhower with Pius XII, Kennedy with John XXIII, Johnson with Paul VI, Reagan with John Paul II, and Obama with Francis.   The premise is that each age gives us Popes and Presidents to reflect it.   Push the comparisons too far and they will break down, but determining exactly how and when would be half the fun of the game.

On Popes and Presidents 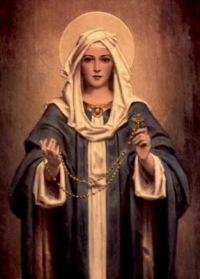 There is no mention whatever of the Rosary in the documents of the Second Vatican Council. Not even in the Dogmatic Constitution Lumen Gentium, whose final chapter deals exclusively with our Lady ’s role in the Church. A vague reference in Article 67 to “practices and exercises of devotion towards her” might be assumed to include it, but according to Bishop Rendeiro of Coïmbra, the Bishops who wished to add to the text “the Rosary with meditation on the Mysteries of the life of Christ and the Blessed Virgin” were voted down. Apparently the Council deemed it best to follow the recommendations of the Theological Commission and make no mention of particular devotions, for fear of encouraging manifestations of piety beyond what they termed “the limits of sound and orthodox doctrine.” [1] 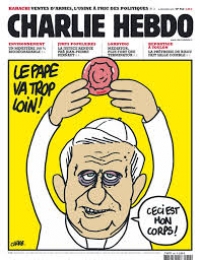 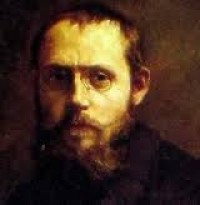