Written by  Christopher A. Ferrara
Rate this item
(23 votes) 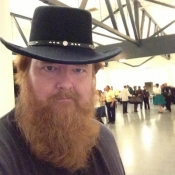 There is more that needs to be said about Jimmy Akin’s contorted attempt to demonstrate the complete orthodoxy of Pope Francis’s discussion of the “parable” of the loaves and fishes feeding the multitude.

It is not that the Pope’s words concerning the miracle on different occasions deserve further discussion in themselves, for Francis has made a plenitude of similarly dubious pronouncements, and we can make too much of one in particular as opposed to the general neo-Modernist tenor of his informal homilies, addresses and interviews, none of which are (or could be) part of the authentic and binding papal Magisterium.

What merits further consideration, however, are Akin’s efforts as representative of the ongoing neo-Catholic project of finding a way to conceal all signs that the unparalleled crisis in the Church today—whose existence they deny or minimize at every turn—emanates from acts and omissions of the Roman Pontiff, the dicasteries of the Holy See, and the upper hierarchy.

First of all, Akin should not have wasted his time with the Vatican’s English translation of the now infamous Angelus Address in Saint Peter’s Square: “This is the miracle: rather than a multiplication it is a sharing, inspired by faith and prayer. Everyone eats and some is left over: it is the sign of Jesus, the Bread of God for humanity.” Instead of the English, we have an accurate transcript of the Pope’s words in Italian, to which I have listened:

This is the miracle: more than a multiplication, it is a sharing, animated by faith and prayer. Everyone eats and some is left over: it is the sign of Jesus, the bread of God for humanity.

But even the correct rendering reduces the miracle of the multiplication to a spiritual happening rather than what a miracle really is: an actual physical occurrence that defies the laws of nature. According to Francis, the miracle was “more” than multiplication, it was “sharing motivated by faith and prayer.” But it was precisely the point of Our Lord’s miracle to eliminate any need whatsoever for “sharing” because He defied the laws of nature by increasing the very small quantity of the loaves and fishes so that (to quote only the account in 14 Matthew): “they did all eat, and were filled. And they took up what remained, twelve full baskets of fragments.”

In other words, “sharing” has nothing to do with the miracle of the multiplication of the loaves and fishes. Nothing. By means of this miracle Our Lord was showing that both in earthly terms and in terms of grace (the miracle being an anticipation of the Holy Eucharist), He provides us with a superabundance of goods. Just as the baskets overflow with a great quantity of leftover fragments, vastly greater than the matter comprising the original loaves and fishes (which Francis reduces to “some left over”) so does the grace of God fill the cup to overflowing and infinitely beyond.

Confronted with Francis’s blatant allusion to what even Akin calls “the lame ‘miracle of sharing’ theory,” Akin writes: “Here’s where I think he [Francis] phrased himself awkwardly.” That’s one way of putting it! Akin then proceeds to offer the following “repairs” to Francis’s version of the miracle:

First of all, note that he does [Akin’s emphasis] call it a miracle involving multiplication.

He refers to it as “the miracle of the Multiplication of the Loaves.”

This tells us that he may not be denying the multiplication when he stresses sharing but is instead stressing a particular aspect of the event [emphasis mine].

Well, that’s comforting: Akin has determined that the Pope may not be denying the literal miracle recounted in all four Gospels. He then offers the following preposterous suggestion to reconcile Francis’s “sharing” of loaves and fishes with the Gospel’s miraculous superabundance of the same food, requiring no sharing:

I think the point he was trying to make is that God accomplished the miracle through an act of sharing, but it wasn’t the crowd sharing the food it was hoarding. It was the Apostles sharing the five loaves and two fish. [Akin’s emphasis]

Give us a break, will you? Does Akin seriously expect anyone to believe that Our Lord “inspired” the otherwise selfish Apostles to share the superabundant food He created for the multitude, and that this is “what the Pope really means”?

Am I being unfair to Akin and Catholic Answers? Consider this commentary from 2008 on the heterodoxy of the “sharing” interpretation:

For some theologians and priests, the real miracle was not the multiplication of loaves, but the act of caring. Jesus was able to convince selfish people to share: the real miracle….

Except for the Resurrection, the multiplication of loaves is the only miracle told in all four Gospels. It was considered important enough to include in all four. And here we come to the next big problem. If these events were so important, why do the writers not offer the slightest clue that sharing was the primary import of the event?

Here we see, for the umpteenth time, how the neo-Catholic establishment is perfectly willing to defend the truths of our religion against shifty Modernist interpretations and outright denials, unless and until it becomes inexpedient to do so. When it was only nameless “theologians and priests” who were the target of Catholic Answers’ criticism, there was no hesitancy in affirming a right reading of the Gospel. But when it is a bishop, cardinal or Pope who says or does something that compromises the integrity of the Faith, we can count on organizations like Catholic Answers, so tightly integrated into the decrepit Novus Ordo status quo, to remain silent or to engage in a cover-up of the obvious.

That is why Mr. Akin’s attempt to read Francis through himself is important: it serves as an object lesson in the indispensable role of the neo-Catholic establishment in denying, minimizing, explaining way, and even aiding and abetting the ecclesial crisis as an emanation of confusion in Rome, while denouncing “rad trads” for noting the obvious: that the crisis began in Rome, that it continues as an event centered on Rome, and that only in Rome can it be brought to a definitive end.
Published in Fetzen Fliegen
back to top
Last modified on Thursday, October 2, 2014
Tweet

More in this category: « Whodunnit? (Someone Else at Catholic Answers Claims Authorship of Post by Jimmy Akin) Was Archbishop Lefebvre Really Excommunicated? »