Written by  Christopher A. Ferrara
Rate this item
(42 votes) 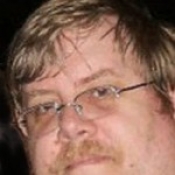 Cardinal Burke on the Relatio: “Clearly, the response to the document in the discussion which immediately followed its presentation manifested that a great number of the Synod Fathers found it objectionable. The document lacks a solid foundation in the Sacred Scriptures and the Magisterium. In a matter on which the Church has a very rich and clear teaching, it gives the impression of inventing a totally new, what one Synod Father called ‘revolutionary’, teaching on marriage and the family. It invokes repeatedly and in a confused manner principles which are not defined, for example, the law of graduality.”

Mark Shea on the Relatio:  "Hysterical Reactionaries like Christopher Ferrara in my email box are calling it a “catastrophe” ... So what’s all the hysteria about? Well, to put it simply, it’s  a sort of whirlwind of media theological illiteracy and Reactionary panic, all generated by the completely non-volatile mixture of Catholicism, politics and sex being tackled by #Synod14.  Easy peasy… And again, I ask, what is the problem here?….  [A] draft that makes some decent points in surprisingly accessible language."

This is no time for mincing words.  Mark Shea is a buffoon whose "arguments" are on the level of taunting in a high school hallway.  His Catholic blog site is ultimately not about the Faith, but about Mark Shea.  In this moment of crisis for the Church Shea's misled followers should abandon him and seek the guidance of true defenders of the Church such as Cardinal Burke or sound lay sources such as LifeSiteNews.

While suggesting that I am "a hysterical reactionary" and  theologically illiterate, this showboating, self-promoting clown does not even perceive the glaring problem identified by Cardinal Burke: that of applying the principle of "gradualism" to sin as opposed to progress in the life of faith following the required definitive break with sin.  In Familiaris consortio, John Paul II specifically condemned the idea Shea thinks is perfectly Catholic: a "gradualism of the law." The Pope warned that "the law of gradualness' or step-by-step advance [in faith] cannot be identified with 'gradualness of the law,' as if there were different degrees or forms of precept in God's law for different individuals and situations."   But that grave error is exactly what the Synod's relatio proposes.

And now we see that, precisely in the manner of Vatican II, a cabal of progressives has hijacked the proceedings.  Every one of them was handpicked by Pope Francis, who was seen slipping note after note to the General Secretary of this travesty, Cardinal Baldisseri, clearly guiding the proceedings, including the publication of the relatio.  And there is little doubt the Pope saw the relatio before it was published, and that he (unlike the courageous Cardinals) will not repudiate it.

It is Shea who is theologically illiterate.  His blog site is a clear and present danger to the unwary faithful.  Worse than this Protestant convert's lack of knowledge, however, is his apparent lack of the sensus catholicus that should have told him this evil document could not be right.

If Shea had any sense of loyalty to the Church he would simply stop talking---after apologizing for his latest blunder.  That said, Shea does provide a classic example of how the neo-Catholic "normalist" provides cover for the continuing advance of the post-conciliar revolution.  To this extent, Shea's knee-jerk defense of the corrupt status quo in this instance is quite instructive and could serve as a case study in the problem of neo-Catholicism.

Published in Fetzen Fliegen
back to top
Last modified on Wednesday, October 15, 2014
Tweet

More in this category: « Welcome to Costco, the Pope Loves You BREAKING: Ft. Worth Diocese (Bishop Olson) Uses Ebola Scare to Ban Communion on the Tongue »