A Remnant Teaser: How the Internet is Destroying Us Featured 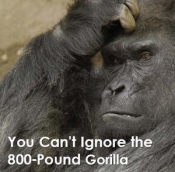 Remnant Editor's Note: I was spending a few quite hours after Mass today editing some articles for The Remnant's last issue of 2015 (delayed by the holiday weekend, but to be mailed on Monday), when suddenly something rather startling happened.  Halfway through Hilary White's latest, I became convinced I was reading one of the more important articles I've read in some months and felt compelled to share a taste of it here.  Why? Because, clearly, our society is being systematically driven mad and at an accelerated rate of speed. The question Hilary is asking is this: What part does the Internet play in expediting our societal madness?

Today I want to swing the camera outwards to the wide world and ask what do we see has been the effect on our civilisation of the nearly total take-over of our institutions by the online culture and internet technology. What is it doing to our cultures? What effect has instant global communication had on geopolitics? What about the gruesome spectre of Islamic jihad?

When I was a kid, my elders called the television a number of derogatory nicknames, “the gogglebox,” “the idiot-box.” I remember that serious parents took to heart the warnings of the documentaries and books that children’s TV time should be strictly rationed. They were worried about kids sitting in front of the screen all day while Leave it to Beaver was still being made. What would Ward and June have thought of kids taking the TV with them wherever they went? I know an orthodox Jewish rabbi in New York who has nine children and still refuses to get an internet connection at home. I asked him about it once, and he said it wasn’t the porn, he just didn’t want his children growing up to be idiots.

One of the greatest unnoticed effects of the internet, particularly of social media and the habit of including comment boxes with nearly every article, has been a great social flattening. The internet has made it possible to make true in a practical sense the idiotic notion, first popularized in the 70s, that “everyone’s opinion is equally valuable.” It was neatly illustrated in a conversation on Facebook in which the great British conservative writer Theodore Dalrymple had made some kind of assertion of objective truth, only to be suddenly attacked by what seemed like a swarm of virtual mosquitoes. These were persons of dubious mental ability and stability who dove in and started what they clearly thought was a courageous challenge to the “hater” and “bigot” and his “linear, hierarchical thinking.” The internet had granted them the ultimate expression of their “right to express their opinions,” that they had obviously heard about all their lives from their parents and teachers and the progressivist world in general.

I clicked on one or two of their pages. These were teenage girls, graduates of some kind of London inner city remedial school where these kinds of mantras were clearly all they had been taught to recite. They were little girls, and for some reason, no one had the intestinal fortitude to tell them, “Be quiet children. The grownups are talking.”

And it seems to take quite a bit of spine to stand up to the swarms of online zombies, orcs and morlocks who seem to have nothing to do with themselves but to go back to the same kill-site again and again for another chunk of carrion. The stories we hear in the press of celebrities, mainstream journalists and high-level bloggers being forced to issue fawning apologies, or to quit, by the screeching of the mob over a Twitter post, end that way mainly because of the lack of spine of editors and publicists.

We who use the internet a great deal will have nearly endless processions of such stories. This medium has made nearly impossible the kind of reasoned discussions that adults used to consider normal in printed periodicals and journals. It has done to our thinking institutions, to academia – in which professors are terrified of their students – and finally to the Church, what the most optimistic Gramsciist dreamer could not possibly have imagined. And now, at the bitter end of this parched road of idiocy, a pope who glories in taking selfies with teenaged girls..." READ MORE IN THE NEXT PRINT EDITION OF THE REMNANT

Don't feel too bad-- I haven't finished it, either. But I'm going to do so in a few moments. You, on the other hand, will have to subscribe to The Remnant to see where this episode of Hilary and the 800-Pound Gorilla goes from here. (Kuddos to you, Hilary! I guess it takes the silence of Norcia to hear the cackling Demons of the Internet.) - Michael J. Matt

[Comment Guidelines - Click to view]
The Remnant values the comments and input of our visitors. It’s no secret, however, that trolls exist, and trolls can do a lot of damage to a brand. Therefore, our comments are heavily monitored 24/7 by Remnant moderators around the country.  They have been instructed to remove demeaning, hostile, needlessly combative, racist, Christophobic comments, and streams not related to the storyline. Multiple comments from one person under a story are also discouraged. Capitalized sentences or comments will be removed (Internet shouting).
The Remnant comments sections are not designed for frequent personal blogging, on-going debates or theological or other disputes between commenters. Please understand that we pay our writers to defend The Remnant’s editorial positions. We thus acknowledge no moral obligation whatsoever to allow anyone and everyone to try to undermine our editorial policy and create a general nuisance on our website.  Therefore, Remnant moderators reserve the right to edit or remove comments, and comments do not necessarily represent the views of The Remnant.
Last modified on Friday, January 1, 2016