Time Is Running Out: A Huge Gathering of Traditional Catholics on the Shores of Lake Garda, Italy Featured 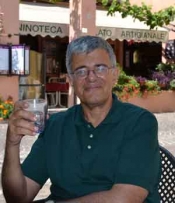 
This Year's Theme: Half a Millennium of Total Depravity (1517-2017): A Critique of Luther’s Impact on the Eve of His “Catholic” Apotheosis

Although we already have a “full house” for this 24th annual Summer Symposium of the Roman Forum at Gardone Riviera, we can still squeeze in 6-8 young participants willing to share two rooms large enough for 3-4 people. Ideally, we would like to get one room for young men and one for young women. Doing this would lower the cost from the full fee of $2,900 to $1,200 a person for everything except airfare. Given the difficulties of putting together even that lower sum of money, donations backing these young participants would be most welcome.


This year’s Summer Symposium is extremely important, given the way in which the five hundredth anniversary of Martin Luther’s appearance on the broad Christian scene will most certainly be turned into a carnival involving his near canonization. We are holding this “Luther Symposium” one year earlier than the anniversary in question for two reasons: 1) to indicate that Luther did not “pop out of nowhere”, since the problems of the Middle Ages in general helped mightily to prepare the way for him; and, 2) to have the speakers’ presentations ready for a book that will be published in the anniversary year of 2017 itself. 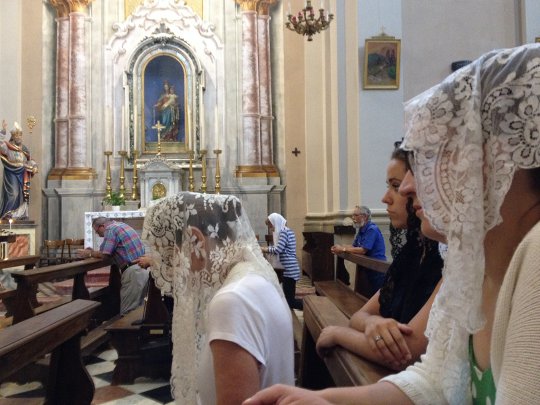 Our future lies with our youth, and we really need their presence at programs such as that held every year in Gardone, which we turn into a traditionalist Catholic microcosm of Christendom for eleven glorious days.

Accommodation and lectures are at the Locanda agli Angeli and the Hotel Villa Sofia in Gardone Sopra, on Lake Garda, in the foothills of the Alps in northern Italy. Both hotels, with swimming pools of their own, are only a ten-minute walk from the lakefront, where free, clean beaches with a number of amenities can be found. Meals are taken at the Angeli and at other trattorie several minutes walk away. Mass is in the parish church, also within walking distance. Gardone is within easy traveling distance of the opera season in Verona, Venice, Trent, Brescia, Milan, Ravenna, Pavia and Padua. The region offers opportunities not only for swimming, but for hiking, biking, boating and scenic walks as well.

Each day involves two lectures with discussion (morning and pre-dinner), and Sung Mass in the Extraordinary Rite (Tridentine Mass) at noon. Other masses are offered throughout the day. There are no lectures on Sundays. Musical and theatrical entertainments provided by participants and the town of Gardone take place in the garden of the Angeli and in the Piazza dei Caduti in the evenings after dinner.

Several Remnant writers will be at this important event, including Michael J. Matt and Christopher Ferrara. This is a great opportunity to meet and get to know some of the best known defenders of Catholic Tradition and the Catholic intellectual tradition.

Join us for the Catholic experience of a lifetime -- in one of the most beautiful places on earth...

Here's a little video flavor of the location and the event that was shot a few years ago.

[Comment Guidelines - Click to view]
The Remnant values the comments and input of our visitors. It’s no secret, however, that trolls exist, and trolls can do a lot of damage to a brand. Therefore, our comments are heavily monitored 24/7 by Remnant moderators around the country.  They have been instructed to remove demeaning, hostile, needlessly combative, racist, Christophobic comments, and streams not related to the storyline. Multiple comments from one person under a story are also discouraged. Capitalized sentences or comments will be removed (Internet shouting).
The Remnant comments sections are not designed for frequent personal blogging, on-going debates or theological or other disputes between commenters. Please understand that we pay our writers to defend The Remnant’s editorial positions. We thus acknowledge no moral obligation whatsoever to allow anyone and everyone to try to undermine our editorial policy and create a general nuisance on our website.  Therefore, Remnant moderators reserve the right to edit or remove comments, and comments do not necessarily represent the views of The Remnant.
Last modified on Sunday, May 29, 2016