SSPX Regularization: To Be Or Not To Be Featured 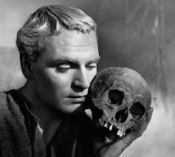 In case you missed it, an interesting article on the potential SSPX regularization was posted last week on the Deus Ex Machina blog. Here's the summation of Desperately Seeking Regularization .

·         The reason Francis desperately needs reconciliation is in order to gain some sort of control over the SSPX and ring-fence the NORMALIZATION PROCESS™ inside the Ecclesia Dei Commission. Hence Diocesan bishops must consult with the Vatican before establishing a diocesan religious order, Pope Francis ruled.

·         Francis needs to gain control over the SSPX so as to block off any escape route for the Catholics stuck in NUChurch. Hence clampdown on contemplative orders.

·         Francis is planning a repression of the larger Western Church and understands that it will not go as easily as with the suppression of the Franciscan Friars of the Immaculate. Hence Come una madre amorevole in case of rebellion.

·         But most importantly, Francis needs to do something IMMEDIATELY since the Restoration is spreading in the Catholic Church, especially in the wealthy Western countries.

·         The neo-modernist’s who support Francis are freaking out since they see that with their demise, so will end their Novus Ordo NUChurch.

·         This will end their IDEOLOGICAL life’s work and consign them to not only the trash-heap of history, but will earn them the hatred of future generations of the Faithful.

The article is well worth reading, since it strives to find constructive balance between the Never Regularization camp on the one hand, and those who believe the cause of Catholic restoration would be much better served were the SSPX not so easily dismissed as "schismatic" by the enemies of Tradition.

As far as The Remnant is concerned, our position hasn’t changed in decades. Of course the “schism” must end eventually, there can be no doubt of that. Archbishop Lefebvre never wanted it, and his spiritual sons in the SSPX obviously (and rightly!) yearn to see it healed. The question is when and according to whose terms.

We’ve all been fighting in the hills for a long time, and every Catholic heart longs for a return to normal life and an end to the war. But is this possible just now, especially after what happened to the FFI under the exceedingly problematic pontificate of Pope Francis? In my opinion, no, it is not possible... or at least it does not seem prudent. But I hasten to add that not a few good men, those who have only the best intentions where the Catholic counterrevolution is concerned, disagree with me.

Regardless of my opinion on the matter, I think we can exchange accusations of betrayal and "sell out", for an honest admission that Bishop Fellay and his team are measuring everything in light of what they sincerely believe to be best for the Church, for souls and for the future of our world at war with Christ.

Historically speaking, in many conflicts and revolutions involving Catholic men—whether it be the Crusades, the rising in the Vendee, the Cristeros in Mexico—controversy inevitably arose over when and how to negotiate a peace settlement that best served the common good. There were plenty of disagreements, with good men on the one hand resolving to fight to the death and never surrender, while their brothers argued in favor of a truce, if it could be accomplished without unjust compromise.

This situation with the SSPX and the Vatican is no different. If the time is right for rapprochement then great good for the Church will surely be realized through the efforts of  600-plus traditional priests of the SSPX more rapidly establishing Tradition throughout the mainstream Catholic Church.

If, on the other hand, an accord is reached prematurely and according to unjust compromise, then the most significant body of organized Catholic counterrevolution in the world today would likely be neutralized.

As we’ve said so many times here in these pages: What’s in this for Francis? Why is he so eager to regularize the SSPX? What does he have up his sleeve? And it's not enough to say: "Well, look at the FSSP. Francis hasn't crushed them."  True, at least not yet; but neither would he if, as the so-called "conspiracy theorists" insist, the FSSP is the bait needed to lure the SSPX into the trap.  It's difficult to evaluate Rome's relationship with the FSSP so long as the SSPX remains on the outside since, if Rome were to manhandle the FSSP, the SSPX would simply head back into the hills and dig in.

Bishop Fellay and his brother bishops and priests are obviously aware of the potential for a trap, which is why they've been proceeding with caution. It is incumbent upon us to storm heaven’s gates with prayers on their behalf, since only God knows how this will end.

In the meantime, here’s a Remnant TV bit we did some years ago, using a scene from the film The Outlaw Josey Wales, which may provide a little food for thought:

[Comment Guidelines - Click to view]
The Remnant values the comments and input of our visitors. It’s no secret, however, that trolls exist, and trolls can do a lot of damage to a brand. Therefore, our comments are heavily monitored 24/7 by Remnant moderators around the country.  They have been instructed to remove demeaning, hostile, needlessly combative, racist, Christophobic comments, and streams not related to the storyline. Multiple comments from one person under a story are also discouraged. Capitalized sentences or comments will be removed (Internet shouting).
The Remnant comments sections are not designed for frequent personal blogging, on-going debates or theological or other disputes between commenters. Please understand that we pay our writers to defend The Remnant’s editorial positions. We thus acknowledge no moral obligation whatsoever to allow anyone and everyone to try to undermine our editorial policy and create a general nuisance on our website.  Therefore, Remnant moderators reserve the right to edit or remove comments, and comments do not necessarily represent the views of The Remnant.
back to top
Last modified on Thursday, August 11, 2016
Tweet

More in this category: « Missionaries of Mercy: Catholic Priests of the Titanic It's Pizza and Beach Time for Rome's Homeless »