When we think of Cancun, Mexico, we think of a rich vacation spot, but here in the heart of the city there is poverty and a deep Catholic piety among the Mayan Indians and Mexicans from the whole republic.

This past August 5-13 of 2017, Cancun, Mexico had its first Traditional Latin Mass since perhaps the liturgical changes of 1969. The Fraternity of St. Peter had celebrated some Masses nearby in Playa de Carmen, Mexico, several years ago, and now it was Cancun’s turn. Away from the beaches, the heart of the inner city saw the Traditional Latin Mass.

Fr. Jeffery Jambon, a resident priest in the diocese of Covington, Kentucky, conducted a weeklong parochial mission at St. Miguel’s Parish, including its Cristo Buen Pastor chapel and San Juan de Dios chapel. Each day from Monday to Friday, The Latin Mass started at 8am (which averaged about 50 people) and followed by catechism class (which averaged about 50 people) on the 3 stages of the spiritual life by St Teresa of Avila. Each evening there were chances for confession and a preached meditation on the eternal truths, the evil of sin, God’s mercy, the love of Mary and the Passion and death of Christ (which averaged about 100 to 120 people each night). 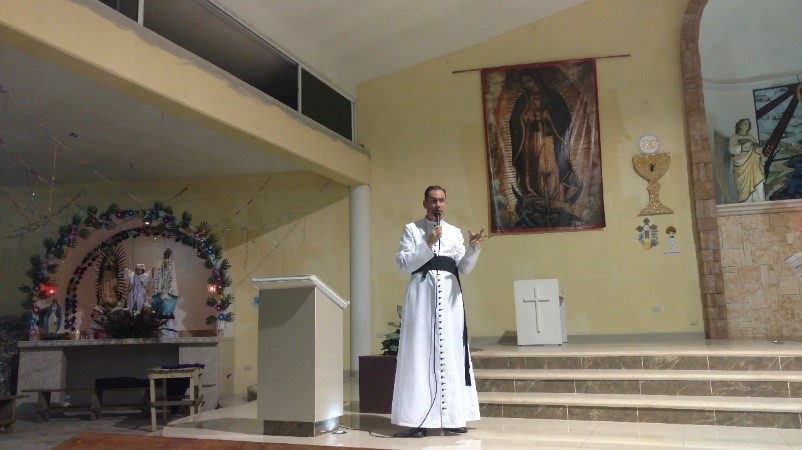 Fr. Jambon directing on of the Evening Meditations at St Miguel’s Parish during the Parochial Mission

The week was followed by a High Mass on Sunday which about 120 persons attended. The people seemed to love the traditional Latin Mass, certainly a novelty for them. The people heard that this Mass was the Mass of the Cristeros and this perked up more interest. Some people asked if they can keep the Latin / Spanish Mass booklets, since they thought the prayers were “deeper and stronger” and could be useful to their prayer life. 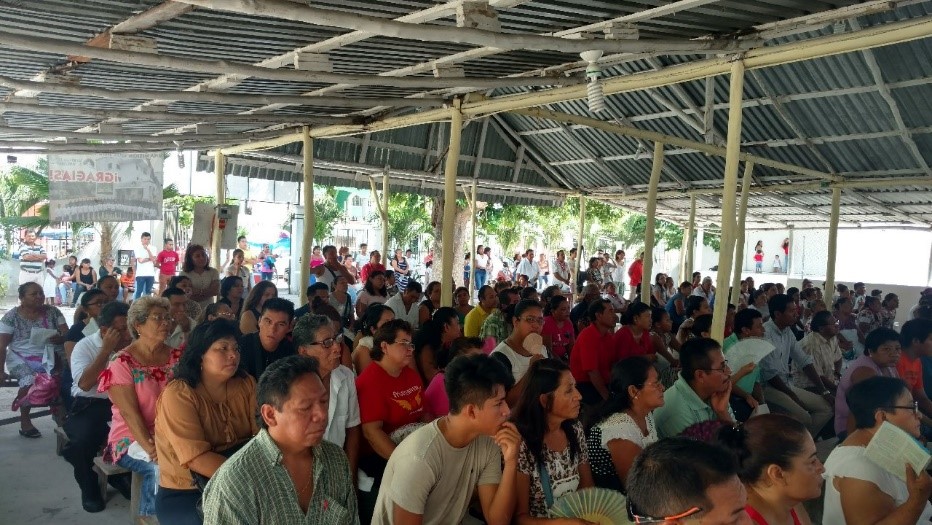 98 people were enrolled in the Brown Scapular and a visible handful of people seemed to have had a life-changing experience. We thank God for the opportunity. 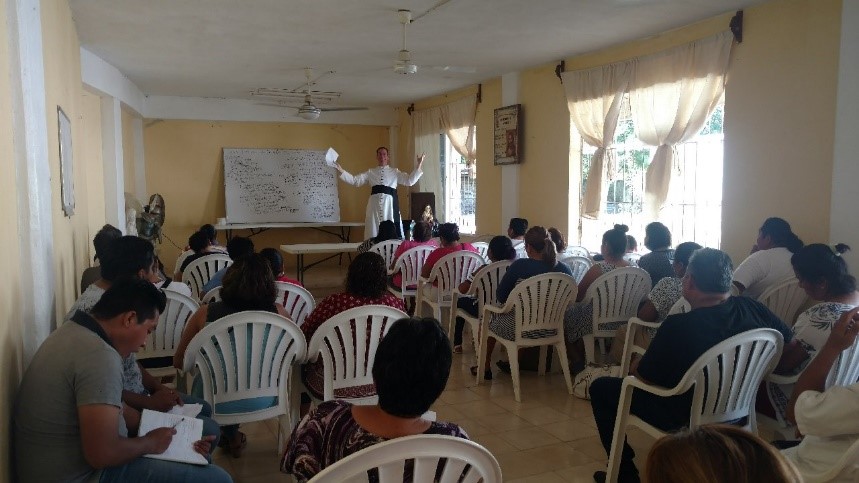 Fr. Jambon teaching in the morning catechism class in the Hall of St Miguel during the week of missions.

[Comment Guidelines - Click to view]
The Remnant values the comments and input of our visitors. It’s no secret, however, that trolls exist, and trolls can do a lot of damage to a brand. Therefore, our comments are heavily monitored 24/7 by Remnant moderators around the country.  They have been instructed to remove demeaning, hostile, needlessly combative, racist, Christophobic comments, and streams not related to the storyline. Multiple comments from one person under a story are also discouraged. Capitalized sentences or comments will be removed (Internet shouting).
The Remnant comments sections are not designed for frequent personal blogging, on-going debates or theological or other disputes between commenters. Please understand that we pay our writers to defend The Remnant’s editorial positions. We thus acknowledge no moral obligation whatsoever to allow anyone and everyone to try to undermine our editorial policy and create a general nuisance on our website.  Therefore, Remnant moderators reserve the right to edit or remove comments, and comments do not necessarily represent the views of The Remnant.
back to top
Last modified on Wednesday, September 13, 2017
Tweet
More in this category: « Summorum Pontificum Pilgrimage In Rome: Tenth Anniversary of the Motu Proprio Akin: Protestants Aren’t Heretics, Catholics Should Commemorate the Reformation »