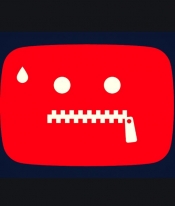 YouTube is the most visited website in the world.  It is a cybernetic Areopagus, where every viewpoint can be found – except for those that don’t jive with their political agenda under the pretext of “community standards and terms of service.” Such criteria compels censorship of any nonconforming perspectives that challenge the leftist zeitgeist.

Painful truths must be banned, just ask Prager University who has had plenty of videos barred, but continues to fight the internet behemoth in court. Across the conservative ideological continuum, Prager’s case is certainly not unique.

YouTube has adopted Ray Bradbury’s understanding of censorship in Fahrenheit 451.  “If you don’t want a house built, hide the nails and wood.  If you don’t want a man unhappy politically, don’t give him two sides to a question to worry him; give him one.  Better yet, give him none.”

YouTube is playing a virtual cat and mouse game consistently hunting down and removing a compelling COVID-19 interview with a doctor who examines and questions the value and wisdom of the national lockdown.  After a million views, YouTube dropped the video’s curtain. 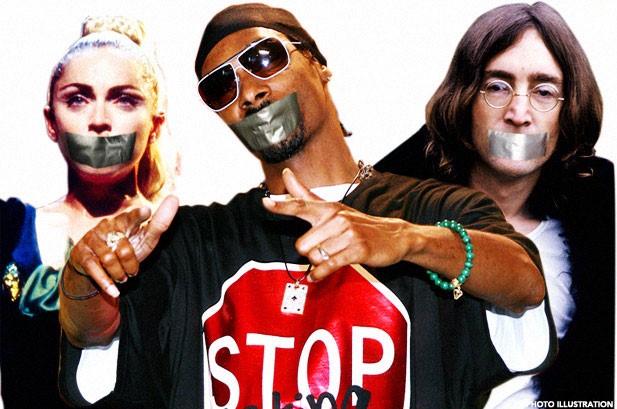 Remember when opposing censorship was cool? What kind of shizzle is this, YouTube?

I was able to watch it in its entirety, but within an hour the video was gone only to reappear and then disappear like a magic trick gone wrong.  The judicious 20-minute interview was by no means bigoted, insulting, or profane.  The latest data was examined and analyzed; while a compelling argument made that the present conditions are anything but beneficial both medically and economically.

Describing the shameful coalition of the Centers for Disease Control (CDC), the National Institute of Allergies and Infectious Diseases (NIAID), and the pharmaceutical industry, medical researcher Dr. Judy Mikovits articulates how they have worked to quash the use of hydroxychloroquine that has been successful in treating the virus.

Mikovits pulls no punches questioning the link of Dr. Tony Fauci, who is the director of NIAID, and Dr. Robert Redfield, director of the CDC, and the substantial payments Big Pharma will generate in a classic follow the money upshot.  In 2017, Fauci predicted there would be a pandemic during Trump’s first term. In another video that so far has eluded censors, Dr. Rashid Buttar says that Fauci should be arrested and tried for treason.

YouTube's refusal to broadcast Mikovits’ interview should be enough for anyone who wants to make their own decisions and not rely on a bunch of anonymous, unschooled media censors who cannot distinguish between Charles Manson and Charles Barkley.

The coronavirus infection fatality rate is much lower than initially predicted and has been juxtaposed to the seasonal flu for many segments of the population, in which two other physicians testified before a recent Senate panel.

Mikovits questioned why physicians are being coerced to categorize so many deaths as COVID-19, where there are justified grounds that other underlying conditions are the cause.  She also examines treatments and conceivable vaccines that seem at best, questionable, while the vaccine-frenzied ideologues smell profit from the spooked who seek some sort of vaccination salvation.

In this era of disinformation and fake news, social media patrons must become more judicious in order to separate fact from fiction.  YouTube, Twitter and Facebook however, do it for you by determining what you need to think, talk, and believe.  Within this malevolent media trifecta, there is no room for sincere and genuine social, theological, and political analysis.  We are not so much being informed by media as we are being herded, lead and addicted.

Too often critical decisions are justified based on fear, ideology, and egotism. Our partisan aversion to risk more often than not results in strategies that only serve to compound the problem. Such decisions then add, rather than assuage the consequences that are the direct opposite of rational public health and economic policy.

Those who cannot win an argument, they must silence their opposition.  YouTube is overrun with crackpot medical advice that never goes away.

Mikovits is entitled to be heard. Big Pharma needs as much cleaning as the rest of the Washington swamp, including the CDC and NIAID.

For bibliophiles, Mikovits and Kent Heckenlively, JD, co-authored, Plague of Corruption: Restoring Faith in the Promise of Science that collectively has not come into contact with 451 degrees Fahrenheit.

At least not yet.

More in this category: « THE WATER CARRIERS: Citizen, where is your mask? THE PARKING LOT PRIEST: “I promise to always give you the Mass!” »