NOW OR NEVER: A Plea for Concerted Traditionalist Action 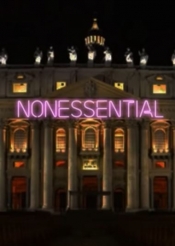 The caricature of the Roman Church that emerged from Vatican Two to dominate nearly every diocese and parish in the world is as dead as the proverbial doornail, and all I can say is good riddance to bad trash.

She already proclaimed her demise, sociologically and morally speaking, from the moment she dedicated herself to the project of “accompanying” the “dignity” of the fallen human person, thereby gradually baptizing and divinizing his every irrational thought and tyrannical desire rather than correcting and transforming them in Christ. Already decades ago, this absurd modus operandi pointed the way to the reality we now experience: a Church more united with and subservient to the State and the Zeigeist than at any time under any bad emperor or king.

Now, having obeyed the worldly Masters she has loved and served to the bitter end, publicly declaring her sacraments to be less essential than the stationery store that has never closed its doors around the corner from me in lower Manhattan and rejoicing in her chains, this caricature of the Roman Church has committed herself to certain financial death as well.

“When are they opening the parish?” a wise old codger in the square where I am writing this plea asked someone in the know yesterday. “September,” came the answer, along with his on the spot, common sense rejoinder: “Why bother? There won’t be any church left by then”.

He is absolutely right. The already 80% empty parish pews will lose almost everyone else. Why should the holdouts return to hobnob with priests and parishes telling them that their services were not needed? Revenue will now definitely disappear. After all, people will need their dwindling dollars for dealing with the Depression that our maniacal leaders have ensured will take place by unleashing Armageddon to kill a bug.

I have no idea how this virus mess began, but there is no question that it has offered a golden opportunity for the modern lovers of liberty---known in plain English as Tyrants---to foist their diabolical will on all of us. Their executive actions and legislative plans make this obvious to anyone who does not possess the Slave Mentality that modern education has guaranteed to its victims; which, alas, means almost no one. They sense the chance finally to snuff out everything true, good, and beautiful that remains in a civilization that doomed itself to death the moment their Enlightenment ancestors were first heeded in their work of crushing the human mind and soul. This is the last act. They smell a chance to deliver the coup de grace.

My project starting this year has been the writing of a History of the Traditionalist Movement. That Movement has won great victories for the revival of a Roman Church that cannot really die, but whose caricature has certainly given a good semblance of doing so, in our time, under her all too legitimate leaders, who are merely heirs to many failed pontiffs and bishops of centuries gone by. 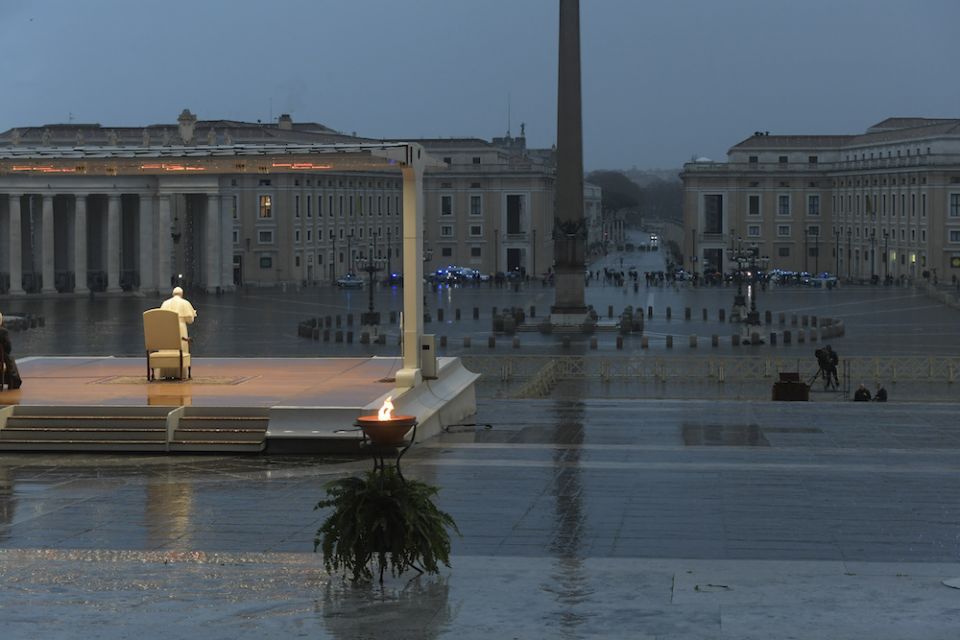 After months of silence, will there be a Church to go back to?

Nevertheless, I cannot in good conscience, relate the triumphs of the past while neglecting a duty to urge my fellow Traditionalists to join together to raise up our moribund Mother in her present plight. I do so through this four-pronged Plea that is as simple to state as it will require the greatest self-effacement and willpower to act upon effectively.

1. Let each segment of the Traditionalist Movement---each “clan”, to use The Remnant’s terminology—avoid the very understandable temptation to secure its own particular survival in this moment of worldwide pandemonium, and work together as one unit;

2. That a Central Committee of representatives of each Traditionalist “clan” be established---clerical and lay, or lay supporters alone if there be danger to the priestly fraternities and congregations concerned----to coordinate intellectual, spiritual, and practical advice and actions, whether formally or informally;

3.  That every opportunity be exploited immediately to restore public worship according to the Traditional Rite, whether they are permitted by unjust State or episcopal fiat or not;

4. That as a symbol of our failure to accept the mass hysteria around us, we visibly wear a symbol of the Sacred Heart of Christ instead of the Mask of Oppression.

It is now or never. This is the last act in the modern revolutionary drama and the enemy is determined.

[Comment Guidelines - Click to view]
The Remnant values the comments and input of our visitors. It’s no secret, however, that trolls exist, and trolls can do a lot of damage to a brand. Therefore, our comments are heavily monitored 24/7 by Remnant moderators around the country.  They have been instructed to remove demeaning, hostile, needlessly combative, racist, Christophobic comments, and streams not related to the storyline. Multiple comments from one person under a story are also discouraged. Capitalized sentences or comments will be removed (Internet shouting).
The Remnant comments sections are not designed for frequent personal blogging, on-going debates or theological or other disputes between commenters. Please understand that we pay our writers to defend The Remnant’s editorial positions. We thus acknowledge no moral obligation whatsoever to allow anyone and everyone to try to undermine our editorial policy and create a general nuisance on our website.  Therefore, Remnant moderators reserve the right to edit or remove comments, and comments do not necessarily represent the views of The Remnant.
back to top
Last modified on Friday, May 29, 2020
Tweet