PRAISE AND WORSHIP: The Day the Music Died 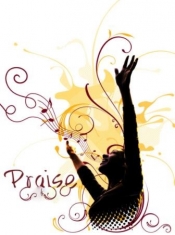 I seek in this manifesto of sorts to articulate particular issues posed by what is popularly called “praise and worship.” Indeed, it is curious that this (large) wing of the CCM (Christian contemporary music) movement, often so visually and conceptually indistinguishable from Christian pop and rock concert culture, seems by its very name to claim a monopoly on the concepts of “praise” and “worship”, the highest forms of which are in actuality the Catholic Mass. For the purposes of this article, I will refer to this musical-spiritual movement as “Praise & Worship™.”

My concerns with P&W™ (and the culture surrounding it), which are generally textual, musical, emotional, spiritual, historical, cultural, theological, liturgical, economic, social and visual, are as follows:

Which is more befitting the praise and worship of the Divine Godhead? You make the call:

In short, P&W™’s general lack of sophistication on nearly every level.

If P&W™ is somehow inherently incompatible with the Catholic worship space, is it not also at least somewhat incompatible with the concept of Catholic worship (which is largely supposed to take place in Catholic worship spaces)? If Catholics hold P&W™ events in non-church spaces, such as basements or auditoriums, are they not still prone to many (or most) of the emotional, spiritual, cultural, social, physical, musical and visual issues that P&W™ poses? When a person prays in a Catholic church with the Blessed Sacrament reposed in the tabernacle or exposed in the monstrance, the object of prayer is clearly the Eucharist. At Mass, of course, the object of worship is Jesus in the consecrated host. In a basement or auditorium with a powerpoint and/or a band on stage or otherwise up front, what is the object of worship? The idea of Jesus in the mind and heart, a Protestant might answer. How typically gnostic.

As Catholics, we materially, tangibly worship Christ through receiving His body, soul, blood and divinity in the Most Holy Eucharist. When Catholics pray the Divine Office, novenas, the Rosary, the Divine Mercy Chaplet or other authentically Catholic prayer forms in non-Catholic-church places such as at home, where the Eucharist is not physically present, they are not prone to the aforementioned myriad problems that P&W™ poses. This is because these authentic Catholic prayer traditions (constituted by chants, hymns and other texts that are integral to their structure) by their very nature do not pose such problems. 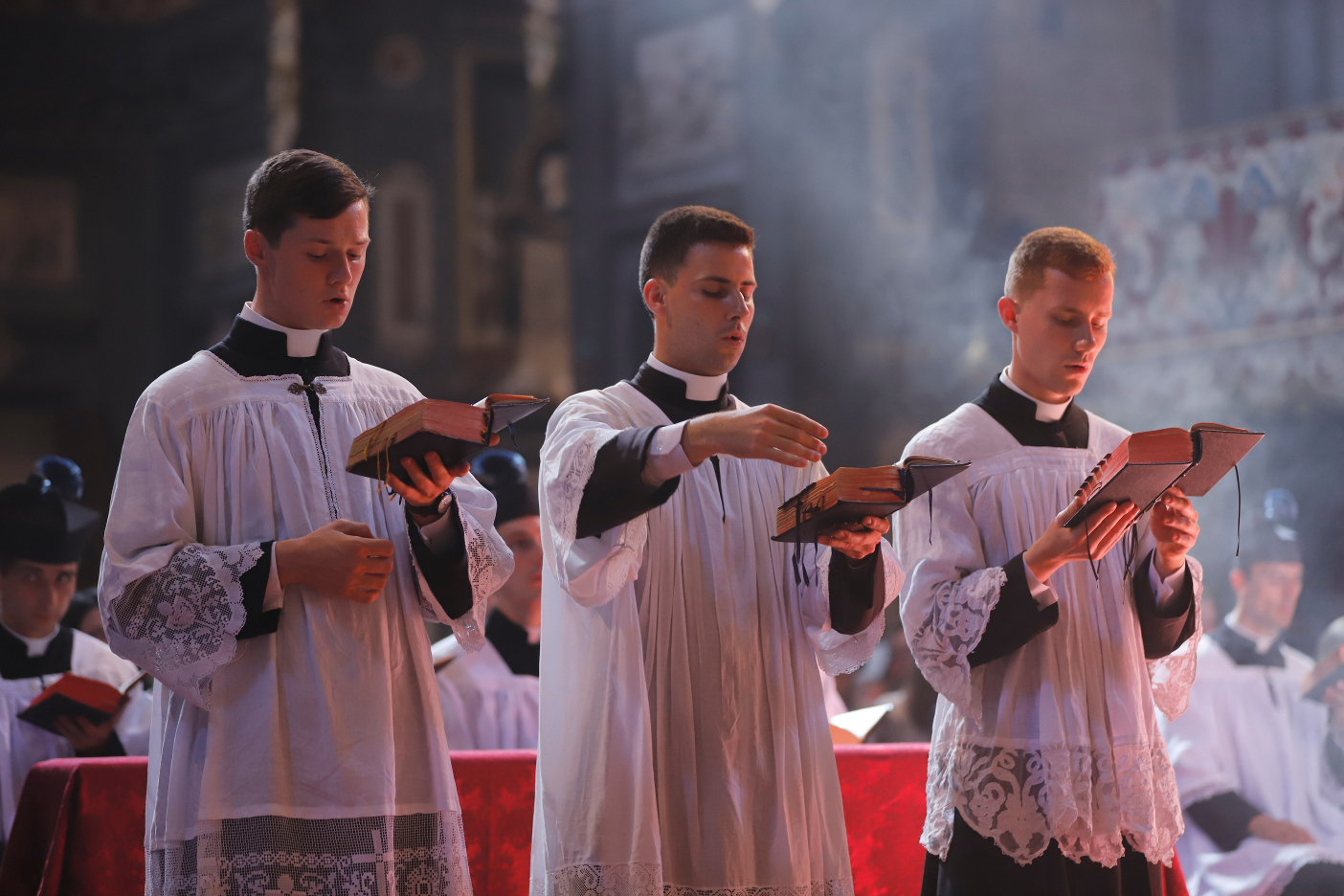 In a Catholic church, the eye is drawn to the tabernacle that is normatively in the center of the church sanctuary. At home, Catholics are encouraged to pray with eyes focused upon the image of a crucifix, icon or other similar object. P&W™ intrinsically seems to either A) require a visual focus on the powerpoint and/or band or B) induce and/or encourage the shutting of one’s eyes, which facilitates retreat into the darkness of relativism and an even more individualistic, non-communal worship (or “worship”) experience.

We should strive to provide more answers to the question of what it is exactly about P&W™ that makes people feel that they are having such an intense religious and/or spiritual experience. Sociologists and researchers know a good amount about the effect that pop and rock music have on human emotions and brains, but the spiritual/religious/Christian element needs to be brought into the research - how does the emotional and psychological state that P&W induces contribute to a feeling of religious conversion or closeness with God?

[Comment Guidelines - Click to view]
The Remnant values the comments and input of our visitors. It’s no secret, however, that trolls exist, and trolls can do a lot of damage to a brand. Therefore, our comments are heavily monitored 24/7 by Remnant moderators around the country.  They have been instructed to remove demeaning, hostile, needlessly combative, racist, Christophobic comments, and streams not related to the storyline. Multiple comments from one person under a story are also discouraged. Capitalized sentences or comments will be removed (Internet shouting).
The Remnant comments sections are not designed for frequent personal blogging, on-going debates or theological or other disputes between commenters. Please understand that we pay our writers to defend The Remnant’s editorial positions. We thus acknowledge no moral obligation whatsoever to allow anyone and everyone to try to undermine our editorial policy and create a general nuisance on our website.  Therefore, Remnant moderators reserve the right to edit or remove comments, and comments do not necessarily represent the views of The Remnant.
back to top
Last modified on Tuesday, August 25, 2020
Tweet
More in this category: « LETTERS FROM HELL: III. Modern Freedom, Criminal Ignorance, and Diabolical Wisdom Interview with Dr. Joseph Shaw »