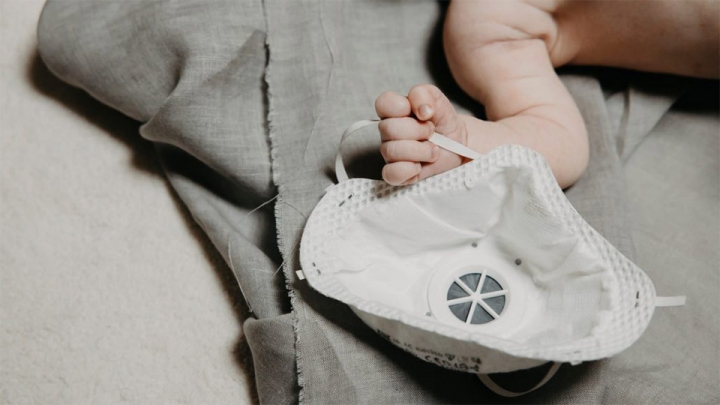 As we observe the one-year anniversary of the World Health Organization’s proclaimed COVID-19 pandemic, one gratuitous prediction failed to materialize.

The combined effects of quarantines and lockdowns were supposed to result in a pandemic baby boom. The boom fizzled out quicker than wearing your mask while showering.  As a result, the Brookings Institution reported the nation will experience an 8% decline or 300,000 fewer births.

The baby bust’s prevailing wave will wash over a generation and will have a greater effect on the future than the pandemic that spawned it.

Makes you wonder what else the “experts” got wrong throughout a pandemic that has yet to break the top 20 with the Swine Flu of 2009-2010 ranked 18th, according to LiveScience.com.

The reasons are as plentiful as disposable masks.  School closures and public-gathering restrictions along with parents dealing with the stress of coalescing work and supervising their children, who no longer attend school five days a week, has taken its toll.  The Guttmacher Institute reports 34% of women want to delay pregnancy, while a study from the IZA Institute of Labor Economics is predicting a double-digit drop in births this year.

According to a New York Times editorial, “Add these missing births to the country’s decade-long downward trend in annual births and we can expect consequential changes to our economy and society in the years to come.”

University of Southern California demographer Dowell Myers told CBS, America’s shrinking fertility rate is an economic crisis.  For generations, the media and academia claimed overpopulation was wreaking havoc with the planet, taking the same line of reasoning as Ebenezer Scrooge who griped about reducing “the surplus population.”

Provided there are no people, what exactly is the planet being saved for?

Paul Ehrlich’s “The “Population Bomb” in 1970 wrongly predicted that “Sometime in the next 15 years, the end will come … an utter breakdown of the capacity of the planet to support humanity.” What did occur, however, was the Western world declared war on fertility and birth rates dropped below replacement.

The consequences of abortion, contraception and disdain for the natural law coupled with an aging society has produced a cultural and demographic quagmire with no end in sight.

Demographics have always been the canary in the coal mine.  Low birth rates have historically resulted in a loss of population, less ingenuity and economic stagnation as the economy is fundamentally linked to the birth rate.  Studies show that for every 1% increase in the unemployment rate is directly linked to a 1% drop in the birth rate.  According to a study by the Federal Reserve in 2016, the decrease in fertility rates throughout the ‘60s and ‘70s was the largest factor for declining economic growth after 1980.

When the old outnumber the young, who will pay for Social Security and Medicare since existing workers fund those collecting?  Moreover, there will be fewer in the work force to pay taxes and keep our economy growing among an aging population.

Throughout the West, governments have tried to increase birth rates through economic incentives like tax credits, paid childcare and paid parental leave for not just the mother, but father, too.  All have been met with little effect as the overall birthrate continues to decline.

Historically, we have solved many of our economic problems that derive from fewer births through immigration – a political football that politicians continue to fumble.  One country can increase its demographics with immigration, but globally it remains a zero-sum game.

One of the most interesting and ironic statistics involving birth rates was the one developed country with twice the birthrate of the U.S.: Israel.

Obligation and sacrifice are both four letter words, and byproducts of our loss of religiosity.  Many non-religious westerners care little about tradition and history.

Birth rates that have been precipitously dropping for two generations are now below replacement and not expected to increase.  The West, having disregarded much of its Judeo-Christian footing, is not interested in reproducing itself as the command to be “fruitful and multiply” has been dismissed along with God who commands it.

[Comment Guidelines - Click to view]
The Remnant values the comments and input of our visitors. It’s no secret, however, that trolls exist, and trolls can do a lot of damage to a brand. Therefore, our comments are heavily monitored 24/7 by Remnant moderators around the country.  They have been instructed to remove demeaning, hostile, needlessly combative, racist, Christophobic comments, and streams not related to the storyline. Multiple comments from one person under a story are also discouraged. Capitalized sentences or comments will be removed (Internet shouting).
The Remnant comments sections are not designed for frequent personal blogging, on-going debates or theological or other disputes between commenters. Please understand that we pay our writers to defend The Remnant’s editorial positions. We thus acknowledge no moral obligation whatsoever to allow anyone and everyone to try to undermine our editorial policy and create a general nuisance on our website.  Therefore, Remnant moderators reserve the right to edit or remove comments, and comments do not necessarily represent the views of The Remnant.
back to top
Last modified on Friday, March 19, 2021
Tweet

More in this category: « FLAWED: SSPX Advice on Abortion-tainted Vaccines Elton John has a point, Your Holiness! »