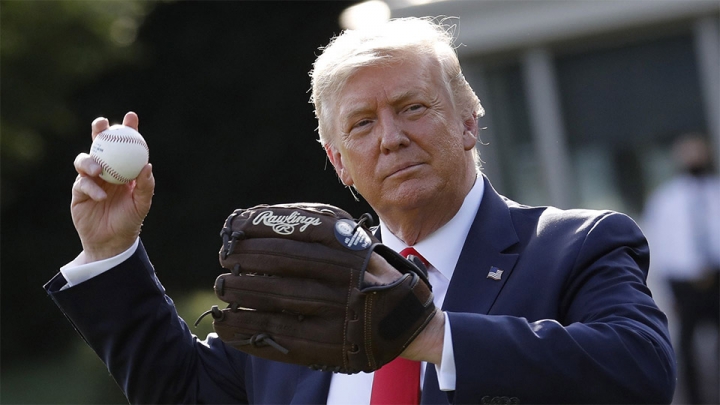 When Major League Baseball joined the Cancel Culture by moving their All-Star game out of Georgia thanks to legislation that enhanced the state’s election integrity, talk of boycotting MLB and those that do business with them went vogue.

Politically driven boycotts have deep nationalistic roots. In the 1760s, American colonists exasperated with high British taxation boycotted English goods giving rise to that American revolutionary rally: “taxation without representation.”  The civil-rights crusade was initiated by the 1955 boycott of the segregated bus system of Montgomery, Alabama led by Rosa Parks.

In the 1960s, the United Farm Workers boycotted California farmers who employed nonunion workers.  After Nike was exposed exploiting foreign sweatshops, sales dropped.  However, these two boycotts were about changing business practices.

The comparison to someone burning a $150 Nike football jersey is laughable. Since the jersey has already been paid for such shenanigans only impacts the jersey’s owner.  Pseudo-boycotts are identity politics and ineffective.

If a quarter of the 74 million who voted for Trump started boycotting businesses, a long overdue message would be heard and done peacefully, unlike how the left operates.

They are not a solution, but an illusion.

When politics cannot find common ground, boycott.  Boycotters must sacrifice. Those who took part in the Montgomery boycott knew their lives would be more difficult.

A sincere and authentic boycott must be logical, organized, and sustained.  These qualities are too often lacking in contemporary America.

CEOs do not fear offending the silent majority, who are presumed not to boycott or protest. They see conservatives as submissive and wanting to get along.  Political and personal insult are of no substance to them.  The time has arrived for the silence to end, particularly when it comes to money.  If you want change, spend accordingly.

Companies are not immune to the bottom line; they are its hostage.

Do not buy from companies who pay more attention to politics and social media than they do running their businesses.

If a quarter of the 74 million who voted for Trump started boycotting businesses, a long overdue message would be heard and done peacefully, unlike how the left operates.  The strength of conservative buying power was realized when Alexandria Ocasio-Cortez called for a boycott of Goya and when the Left called out Chick-Fil-A.

In both instances, sales increased.

Economic pain is possible, but it takes a conscious effort.  If the corporate world feels the economic heat, change could follow, but keep in mind Rome did not fall in a month.

Neutrality in business is best, but that is lost on Delta Air Lines and Coca-Cola who also adamantly opposed Georgia’s legislation.  It is easier to vote in Georgia today than it is to check a bag, go through TSA security, and get on a Delta flight that has always required identification.

Coca-Cola promotes racism by telling employees to “be less white” associating whites as being domineering, condescending, and boorish.  Imagine the media storm had Coca-Cola asked people to “be less black.”  Recall that “New Coke” flopped a generation ago.  Today’s Woka-Cola could be its 2.0.

Stop waiting for politicians to collectively change the culture. Change begins with the reflection you see in the mirror.

Democrats want to eliminate CO2.  Every Coke product and consumer emits CO2.  Delta might consider their rising fuel costs in this green era of Biden.  Being the Left’s useful idiot is not going to protect them from their extremism, but some must learn the hard way.  Their fiduciary responsibility is to their shareholders and customers.

They are failing both.

The power of the bottom line exists, provided it is exercised.  It is not complicated.  Do not buy from companies who pay more attention to politics and social media than they do running their businesses.

There are no good reasons for any corporation to become involved in politics that don’t directly impact their profitability.  As Michael Jordan said, “Republicans buy sneakers, too.” America is already too politically polarized.  Corporate leaders could help rather than hinder by not making their brands a political baseball.

Too many conservatives offer up nothing but excuses for not boycotting. The only thing they loathe more than injustice is inconvenience.  W.B. Yeats’ poem “The Second Coming,” written in the aftermath of World War I speaks to us today: “The best lack all conviction, while the worst are full of passionate intensity.”

Stop waiting for politicians to collectively change the culture.

Change begins with the reflection you see in the mirror.

MLB Hall of Famer Yogi Berra summarized it like only he could: “If people don’t want to come to the ballpark you cannot stop them.”

[Comment Guidelines - Click to view]
The Remnant values the comments and input of our visitors. It’s no secret, however, that trolls exist, and trolls can do a lot of damage to a brand. Therefore, our comments are heavily monitored 24/7 by Remnant moderators around the country.  They have been instructed to remove demeaning, hostile, needlessly combative, racist, Christophobic comments, and streams not related to the storyline. Multiple comments from one person under a story are also discouraged. Capitalized sentences or comments will be removed (Internet shouting).
The Remnant comments sections are not designed for frequent personal blogging, on-going debates or theological or other disputes between commenters. Please understand that we pay our writers to defend The Remnant’s editorial positions. We thus acknowledge no moral obligation whatsoever to allow anyone and everyone to try to undermine our editorial policy and create a general nuisance on our website.  Therefore, Remnant moderators reserve the right to edit or remove comments, and comments do not necessarily represent the views of The Remnant.
back to top
Last modified on Thursday, April 15, 2021
Tweet

More in this category: « A REMNANT BOOK REVIEW: How the Catholic Church Built Western Civilization, by Tom Woods SSPX Pastor on COVID Vaccinations »