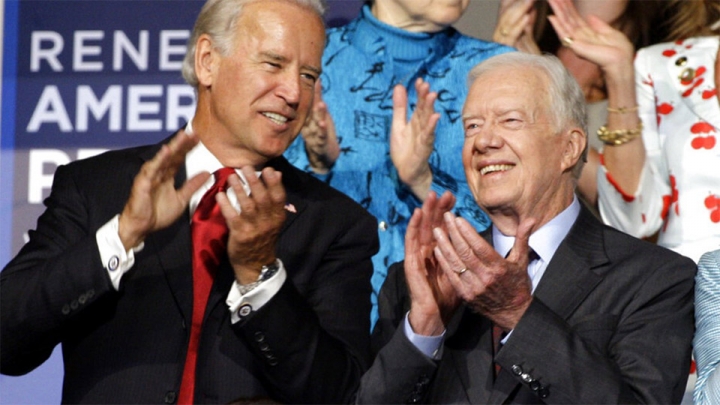 You do not have to be a scholar with a dollar to notice how prices are increasing.  The Consumer Price Index that measures costs for goods and services increased 4.2% in April.  Gas jumped 9%, while housing prices rose 17%.

The Powerball Lottery jackpot is now a tank of gas, a bag of groceries and a sheet of plywood.

A late seventies ambiance has returned with the cyber-attack on the Colonial pipeline and its resulting gas lines.  Add to it emboldened Iranian Ayatollahs in a cooking Middle East; an increasing U.S. crime rate; a refugee crisis at the southern border, and a simmering Cold War II.  The recent visit Joe and Jill Biden had with Jimmy and Roslyn Carter makes it official that the torch has been finally passed.  Their photo op, if you have not seen it, is one for Ripley’s Believe it or Not. 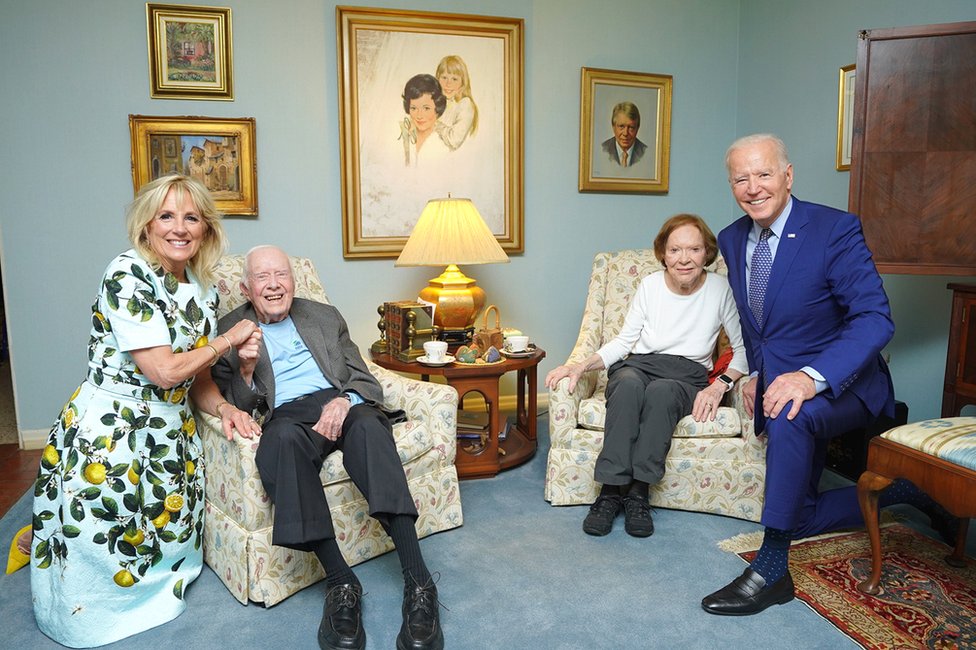 In 1979, the Carter coast-to-coast malaise paved the way for Ronald Reagan’s conservative reform. History would do well to not only rhyme but repeat itself.

The Carter’s even gifted to Hunter Biden their home-brewing recipe to Billy Beer.

It is time travel Democrat style and for those 41 and younger, welcome to 1979.

At least back then the music was better, and you didn’t need a second mortgage to attend a major league baseball game.  Kids went to school and actually played outside, and mask wearing was strictly for Halloween.

It was also in the summer of ‘79 that Carter gave his infamous “malaise speech” about “the erosion of our confidence.”  Today, Biden successfully dismantles the myth of white privilege and primacy every time he comes in contact with a microphone.

Many are choosing not to work since being paid to stay home is now an option.

The Labor Department’s latest jobs report had employers adding only one-quarter of an anticipated one million jobs, while unemployment claims actually increased. Many are choosing not to work since being paid to stay home is now an option. Such a major disincentive to work is unprecedented and brings with it the predictable consequence of labor’s availability.  With jobs plentiful combined with escalating unemployment benefits only serves to grease the rails for socialism.

Former Treasury Secretary under Bill Clinton and former head of the National Economic Council for Barack Obama, Larry Summers spoke truth to power when he warned against too much stimulus.

There is no true stimulus, only irrational leftist reasoning that justifies increased deficit spending that is endorsed by bogus good intentions that leads down a path to fiscal ruin.

No one on either side of the aisle gave Summer’s reasoning a second thought.

Perhaps this dynamic economic duo needs to go grocery shopping and fill the gas tank before making their next inflation forecast.

Biden and his Treasury Secretary Janet Yellen actually claimed, “there is no significant inflation.”  Record-low interest rates coupled with a rise in prices is what happens when central banks have a surplus of money that outstrips demand.  When we stifle the supply side with handouts while printing dollars by the trillions, the result is Inflation.  Prudent advice to any weather forecaster is to look out the window first.  Perhaps this dynamic economic duo needs to go grocery shopping and fill the gas tank before making their next inflation forecast.

In a recent press conference, Vice President Kamala Harris ignored a question about inflation with her infamous laughing crackle as she quickly walked away.  Perhaps she was on her way to the southern border?

Perhaps Biden should consider surrounding the White House with an orchard since he and his economic team believe money grows on trees.  The only problem would be when Biden ends up chopping down all the trees for the paper to print even more money.

When the Federal Reserve finally admits that there is too much inflation, interest rates will rise and polarize the economy followed by a toxic bout of stagflation.  Such economic malaise hurts the same people that the spend and tax Biden Democrats say they want to help.

Moreover, any stock market gains will be deceiving thanks to inflation where any capital gains taxes will be a direct result of the dollar’s decline.

In 1979, the Carter coast-to-coast malaise paved the way for Ronald Reagan’s conservative reform.

History would do well to not only rhyme but repeat itself.

[Comment Guidelines - Click to view]
The Remnant values the comments and input of our visitors. It’s no secret, however, that trolls exist, and trolls can do a lot of damage to a brand. Therefore, our comments are heavily monitored 24/7 by Remnant moderators around the country.  They have been instructed to remove demeaning, hostile, needlessly combative, racist, Christophobic comments, and streams not related to the storyline. Multiple comments from one person under a story are also discouraged. Capitalized sentences or comments will be removed (Internet shouting).
The Remnant comments sections are not designed for frequent personal blogging, on-going debates or theological or other disputes between commenters. Please understand that we pay our writers to defend The Remnant’s editorial positions. We thus acknowledge no moral obligation whatsoever to allow anyone and everyone to try to undermine our editorial policy and create a general nuisance on our website.  Therefore, Remnant moderators reserve the right to edit or remove comments, and comments do not necessarily represent the views of The Remnant.
back to top
Last modified on Saturday, May 29, 2021
Tweet

More in this category: « What’s the Big Deal with the Pentecost Octave? June is the Month of the Sacred Heart, Join the Remnant's Sacred Heart League! »