Booked and Cooked: The State of Police in America 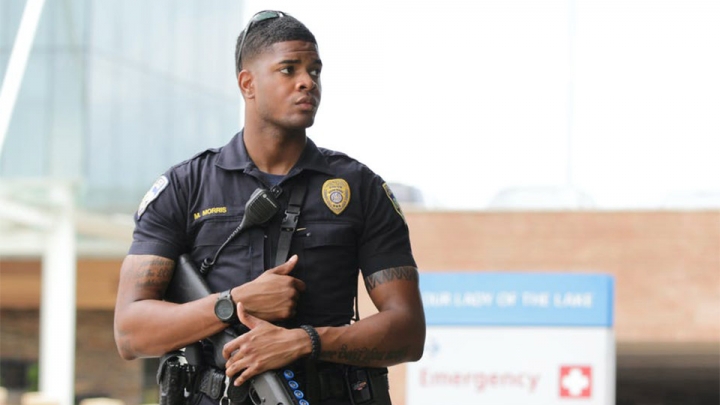 In the mid-1980s, it was perhaps the nation’s most anticipated civil service exam.  After a series of layoffs, retirements (my Dad being one of them) and a hiring freeze courtesy of the late ‘70s malaise, the NYPD was looking to replenish their diminished ranks.

Despite a sweeping crack cocaine epidemic and a record number of homicides, there were many more applicants than openings.  Aspiring candidates hailed from not only the city’s five boroughs, but throughout the country.  Having taken the test on Manhattan’s Lower East Side, it was quickly evident that the test site, Seward Park High School, was for those from outside the city.  And we were there in droves, classroom upon classroom.

Today, the NYPD is shedding officers like a Siberian Huskey in late June.

According to the Philadelphia Inquirer, “The Philadelphia Police Department has 268 vacancies, and are expecting plenty more.” The New Jersey State Policemen’s Benevolent Association said their state is also facing a recruiting crisis as they usually receive up to 20,000 applications – this year only 2,023 qualified applicants applied.

As the summer policing season heats up nationally, the stories of how police departments are dwindling are legion.  Recently, a Portland, Oregon volunteer rapid response police unit resigned en masse.  Many city halls are seemingly defunding their police through attrition.

The National Law Enforcement Officers Memorial Fund said police officers suffered 295 on-duty deaths in 2020 – the most ever since they started keeping records in 1786. When a city is not supporting their police, the working conditions become nearly impossible.  When police stand-down, criminals step-up proving that criminality abhors a vacuum.

When you vilify every police officer for another’s poor decision, who wants the job?  The “defunding the police” crusade and the endless negative media coverage of law enforcement has made anti-police sentiment mainstream.  Such overt posturing has only fueled a police shortage nationwide. Provided a cop killed Hitler, the national media would mourn the loss of a promising Austrian artist and vegetarian.

Related: The Good Cop Files, Priesthood of the Streets

This anti-cop virus has become a pandemic in high-crime neighborhoods that are in most need of policing.  It remains a deterrent for police to act and most of all, it is a disincentive to remain on the job.

Black Lives Matter (BLM) prefers community watches, preferably Omega, Tag Heuer and Rolexes. Atlanta City Councilman Antonio Brown, a defund the police disciple, had his Mercedes stolen and it took police over an hour to respond.  The BLM communities that support defunding deserve a year of no policing.

This universal defund movement is a logical incoherence with French Revolution overtones that underscores how critical the Second Amendment is as a constitutional right.

How far left will the anti-cop pendulum swing and disincentivize good people from pursuing a career in law enforcement and what will be the long-term damage to our communities?

Once upon a time in America, the police were to be respected. You cannot expect law and order when you malign its enforcement, while at the same time failing to hold certain groups responsible for their criminality. We demoralize police by treating criminals like victims and cops like criminals.

Apparently, nothing justifies deadly force.  That’s what future victims hear and it will only encourage more recklessness.  The left beatifies as paragons of humanity those who resist arrest.  For those who disagree with this woke ideology: fear and intimidation and perhaps loss of their job.

Feckless leadership that ended quality of life “broken-windows” policing, imposed no-bail laws, disbanded street-crime units, while adopting policies to empty prisons.  Catch and release may work while fishing, but it is a lousy way to police a community.

The protagonists of the defund movement reside in communities where crime is not much of an issue. To people living in crime-ridden neighborhoods, having an effective police department is a crucial part of daily life.

Make no mistake, our freedoms are in jeopardy and the facts are difficult to ignore.  We must respect the law and those who work to enforce it because any war on policing puts everyone at risk.

[Comment Guidelines - Click to view]
The Remnant values the comments and input of our visitors. It’s no secret, however, that trolls exist, and trolls can do a lot of damage to a brand. Therefore, our comments are heavily monitored 24/7 by Remnant moderators around the country.  They have been instructed to remove demeaning, hostile, needlessly combative, racist, Christophobic comments, and streams not related to the storyline. Multiple comments from one person under a story are also discouraged. Capitalized sentences or comments will be removed (Internet shouting).
The Remnant comments sections are not designed for frequent personal blogging, on-going debates or theological or other disputes between commenters. Please understand that we pay our writers to defend The Remnant’s editorial positions. We thus acknowledge no moral obligation whatsoever to allow anyone and everyone to try to undermine our editorial policy and create a general nuisance on our website.  Therefore, Remnant moderators reserve the right to edit or remove comments, and comments do not necessarily represent the views of The Remnant.
Last modified on Friday, June 25, 2021