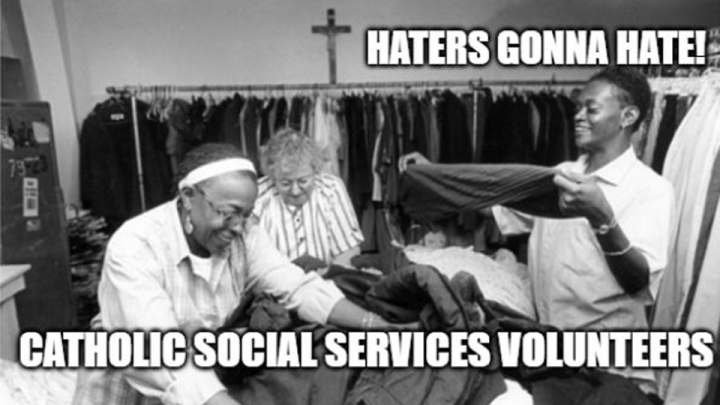 Supreme Court decisions are national news, but a 9-0 decision in today’s world of partisan politics is an anomaly. Fulton v. City of Philadelphia was based on discrimination of the Free Exercise Clause of the Constitution’s First Amendment and although unanimous, religious liberty still hangs in the balance.

In 2018, despite a critical need for foster families, the city of Philadelphia prohibited Catholic Social Services (CSS) from providing foster care. CSS had been at it for over two centuries long before fostering was a government service. Holding fast to Catholic moral teaching, CSS excluded gay couples from participating. Moreover, CSS will not place children with unmarried heterosexual couples either.

As other Philadelphia foster care Christian ministries surrendered to the city’s demands, CSS chose to fight claiming their First Amendment rights were violated.

The kicker is no gay couple has ever asked CSS for foster service because 27 other organizations throughout Philadelphia already do.  As other Philadelphia foster care Christian ministries surrendered to the city’s demands, CSS chose to fight claiming their First Amendment rights were violated.

CSS lost at the Third Circuit but were vindicated last month by the Supreme Court.   All nine justices agreed Philadelphia violated the Free Exercise Clause of the First Amendment.

Chief Justice John Roberts wrote CSS’s work is not “public accommodation,” since “certification as a foster parent . . . is not readily accessible to the public.”  Philadelphia’s fault was not in excluding a ministry that follows biblical morality, but not considering it to be “public accommodation.”

Herein lies the crux of the issue.

Justices Thomas, Alito and Gorsuch panned the vulnerability of Robert’s words since it fails to answer the greater question of religious liberty protections for Christian ministries.  All three justices are constitutional originalists.

The Court has once again struck a glancing blow for religious liberty rather than establishing a rock-solid precedent.

Roberts has routinely sought unanimous consent while deciding on specifics and diluting principle.  Such jurisprudence only guarantees future litigation. Roberts is so bound to legal precedent that writing clearly on Constitutional matters is nearly impossible.  His fear of originalist context would rule Dred Scott as still relevant.

This is what morally confused thinking produces.

There is much to be said for distinct moral clarity when laws are written and adjudicated.

The powers that be are too willing to compromise on principle to make it appear fair to both sides.  Eventually, there will be no principles left worth defending.

Roberts is arguably one of the weakest chief justices in the court’s history.

The unanimous ruling has little significance, as Alito wrote, “This decision might as well be written on the dissolving paper sold in magic shops.  The City has been adamant about pressuring CSS to give in, and if the City wants to get around today’s decision, it can simply eliminate the never-used exemption power. The Court has emitted a wisp of a decision that leaves religious liberty in a confused and vulnerable state.”  In its future dealings in foster contracts, Alito asks, “What if it simply deletes the exemption clause? Voilà,” Alito writes, “today’s decision will vanish and the parties will be back where they started.”

How many times does the Supreme Court have to decide in favor of the religious before the harassment ends?

The Court has once again struck a glancing blow for religious liberty rather than establishing a rock-solid precedent.

Just last week the court refused to hear Arlene’s Flowers, Inc. vs. Washington, another case where fighting for one’s religious liberty ends without justice while damaging one’s livelihood.  Colorado baker Jack Phillips is still a target after he won his Supreme Court case and the Little Sisters of the Poor have had to make two court appearances.

Given the left’s enmity to religious liberty, the nation is in desperate need of a Supreme Court that boldly defends it.

How pathetic that any of these cases had to petition the Supreme Court, let alone make a trip to court at all.   Throughout this litigation, the charitable works of CSS were partially derailed, hurting the very people the leftists in Philadelphia claim to care about.

How many times does the Supreme Court have to decide in favor of the religious before the harassment ends?

Here’s hoping they will not miss the next one because there will be a next one.

Such proceedings only underscore how our ultimate trust lies not with the Supreme Court, the Congress, or who sits in the Oval Office, but in Divine Providence.

[Comment Guidelines - Click to view]
The Remnant values the comments and input of our visitors. It’s no secret, however, that trolls exist, and trolls can do a lot of damage to a brand. Therefore, our comments are heavily monitored 24/7 by Remnant moderators around the country.  They have been instructed to remove demeaning, hostile, needlessly combative, racist, Christophobic comments, and streams not related to the storyline. Multiple comments from one person under a story are also discouraged. Capitalized sentences or comments will be removed (Internet shouting).
The Remnant comments sections are not designed for frequent personal blogging, on-going debates or theological or other disputes between commenters. Please understand that we pay our writers to defend The Remnant’s editorial positions. We thus acknowledge no moral obligation whatsoever to allow anyone and everyone to try to undermine our editorial policy and create a general nuisance on our website.  Therefore, Remnant moderators reserve the right to edit or remove comments, and comments do not necessarily represent the views of The Remnant.
Last modified on Thursday, July 8, 2021