Is Pope Francis ‘fighting against God’? 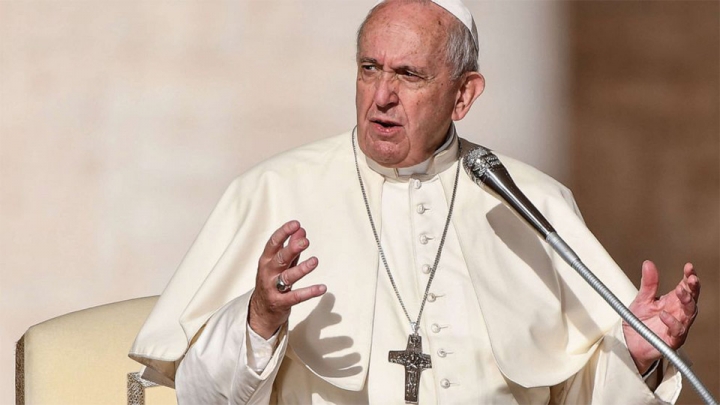 Gamaliel warned his colleagues in the Sanhedrin, “Men of Israel, be careful how you deal with these people”. The learned lawyer was referring to St Peter and a number of the apostles who had been thrown into prison, but who had somehow been released and were “at this very moment” preaching to the people in the Temple in Jerusalem.

Gamaliel advised them: “I suggest you leave these men alone and let them go. If this enterprise, this movement of theirs, is of human origin it will break up of its own accord; but if it does in fact come from God you will not only be unable to destroy them, but you might find yourselves fighting against God.’

He wants the Novus Ordo Missae (NOM) to be the “unique expression of the Roman rite”.  The TLM is to be excluded from parish churches and relegated to the outer margins of Catholic life.

There are two ways in which the Pope is definitely fighting against God.  First, and most obviously, because he is fighting traditional Catholicism. The TCF/TLM take their doctrines and rites from tradition which goes back to Our Lord Jesus Christ and the apostles, whereas the NOM is barely 50 years old and was largely put together by Archbishop Bugnini, of dubious repute.

There is in fact a two-way relationship between lex orandi and lex credendi.  In the 5th century Pope Celestine I and St Prosper of Acquitaine emphasised the impact of lex orandi (prayer/liturgy) on lex credendi (belief).  Pope Pius XII, in his encyclical Mediator Dei published in 1947, said the reverse was also true.

Below replacement fertility and dying countries are evidence that the beliefs and behaviour that lead to them do not conform to Objective Reality.

The traditional Catholic Faith (lex credendi 1) condemns contraception and abortion (C&A).  There is evidence that those attending the TLM (lex orandi 1) strongly follow this teaching, whereas those attending the NOM (lex orandi 2) are very much more likely to support the use of C&A (lex credendi 2).  There are two religions in the Catholic Church: traditional and conciliar.

By banning the TLM (lex orandi 1) in favour of an exclusive reliance on the NOM (lex orandi 2), Pope Francis is trying to change the lex credendi which will change the lex vivendi and subsequently the lex consequenti that follow.  The growth of the TLM with its associated rejection of C&A is obviously “from God”.  To attack the TLM, as the Pope has done, is certainly “fighting against God”.

The truths embodied in the lex orandi, credendi, vivendi and consequenti relationships are confirmed by a secular model based on evidence.  Beliefs and behaviour conflict with or conform to objective reality (OR).  Conflict leads to negative consequences such as dying countries. Greater support for C&A must by definition be fighting against God.

Francis must have felt he could not afford to leave it alone, because he knew the TLM would eventually triumph. He had to destroy it before it grew any bigger.

Below replacement fertility and dying countries are evidence that the beliefs and behaviour that lead to them do not conform to OR. Conformity with OR leads to positive consequences – growth and human flourishing.

Pope Francis’s blast against the TLM and support for the NOM will have negative temporal consequences by damaging the economies of many poor countries. Support for C&A is leading to catastrophic collapses in the working populations of many countries.

Pope Francis has therefore taken a very big risk.  If, ultimately, his attempted suppression of the TCF/TLM fails – as is likely, even certain - then his reputation will be in ruins because he and his signature policy will be condemned as not from God.

Is Traditionis Custodes just the last big gamble of a dying pontificate?

In the process he will have also turned his back on what is the biggest and most dynamic youth movement in the Catholic Church.  Have his advisors ever shown him videos of the Chartres TLM Pilgrimage which attracts as many as 17,000 young people to their annual event? To ignore completely the negative consequences associated with the NOM and the positive consequences of the TCF/TLM is delusionary.

The TLM’s power of attraction to the young is growing, as church’s full of TLM-goers, teeming with young people, adolescents, children, and plenty of babies proves every Sunday in many TLM parishes.

The fact that the Pope did not choose to follow the sound advice of Gamaliel and leave the TLM alone is a public admission by him of its crucial importance.  He must have felt he could not afford to leave it alone, because he knew the TLM would eventually triumph. He had to destroy it before it grew any bigger.  But is Traditionis Custodes just the last big gamble of a dying pontificate? 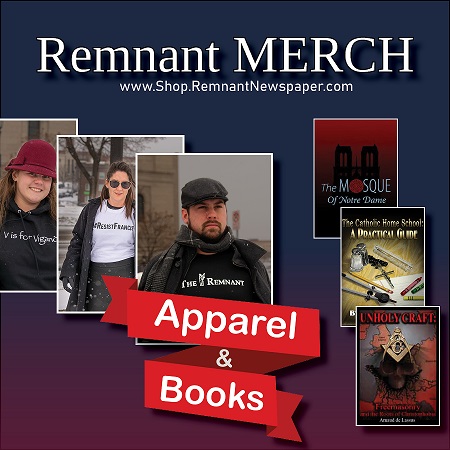 The NOM church Pope Francis defends is in serious decline, damaged by Covid, riddled with sexual misbehaviour, full of corruption and diocesan pay-outs for sexual abuses. NOM mass attendances are falling, and vocations are a fraction what they were before the 2nd Vatican Council.

The draconian action taken by Pope Francis to destroy the TLM is a clear indication of the size of the threat posed by tradition to the conciliar church. But the Pope’s attack will not destroy true religion because it is, in the words of Gamaliel, “from God”.

The TCF and TLM do come from God – they are true belief, true lex orandi/lex credendi. They conform to OR and to tradition. They lead to positive consequences. True belief is essential because the negative temporal consequences of false belief will punish us very severely. The TLM comes from God. It ensures human survival.

Pope Francis’s motu proprio conflicts with objective reality and with tradition.  He is undermining the survival of countries.  His denial of reality will inevitably lead to population disaster. Fighting the TCF/TLM is simply “fighting against God”. Inevitably, he will lose.

[Comment Guidelines - Click to view]
The Remnant values the comments and input of our visitors. It’s no secret, however, that trolls exist, and trolls can do a lot of damage to a brand. Therefore, our comments are heavily monitored 24/7 by Remnant moderators around the country.  They have been instructed to remove demeaning, hostile, needlessly combative, racist, Christophobic comments, and streams not related to the storyline. Multiple comments from one person under a story are also discouraged. Capitalized sentences or comments will be removed (Internet shouting).
The Remnant comments sections are not designed for frequent personal blogging, on-going debates or theological or other disputes between commenters. Please understand that we pay our writers to defend The Remnant’s editorial positions. We thus acknowledge no moral obligation whatsoever to allow anyone and everyone to try to undermine our editorial policy and create a general nuisance on our website.  Therefore, Remnant moderators reserve the right to edit or remove comments, and comments do not necessarily represent the views of The Remnant.
back to top
Last modified on Monday, August 2, 2021
Tweet
More in this category: « You do NOT Have my Permission A Letter of Consolation to Latin Mass Catholics From the Chinese Patriotic Catholic Association  »