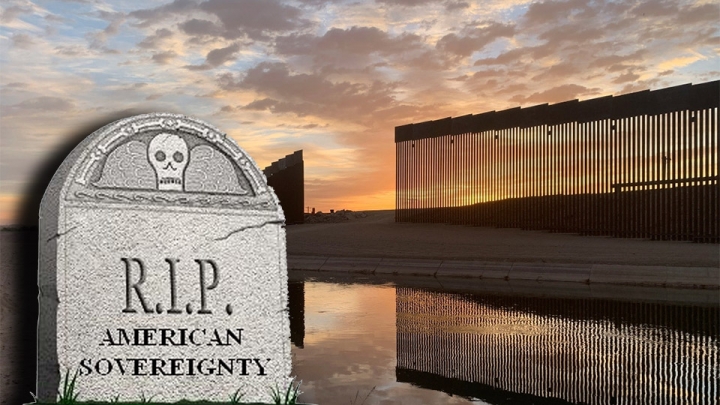 In 1887 Alexander Tyler, a Scottish history professor at the University of Edinburgh , had this to say about the fall of the Athenian Republic some 2,000 years prior:

"A democracy is always temporary in nature; it simply cannot exist as a permanent form of government. A democracy will continue to exist up until the time that voters discover that they can vote themselves generous gifts from the public treasury. From that moment on, the majority always votes for the candidates who promise the most benefits from the public treasury, with the result that every democracy will finally collapse over loose fiscal policy, (which is) always followed by a dictatorship."

"The average age of the world's greatest civilizations from the beginning of history, has been about 200 years. During those 200 years, these nations always progressed through the following sequence:

It doesn't hurt to read this several times.

Professor Olson adds: "In aggregate, the map of the territory Romney won was mostly the land owned by the taxpaying citizens of the country. Obama territory mostly encompassed those citizens living in low income tenements and living off various forms of government welfare..."

Olson believes the United States is now somewhere between the "complacency and apathy" phase of Professor Tyler's definition of democracy, with some forty percent of the nation's population already having reached the "governmental dependency" phase.

If Congress grants amnesty and citizenship to twenty million Criminal invaders called illegals   - and they vote, then we can say goodbye to the USA in fewer than five years.

If you are in favor of this, then by all means, delete this message.

If you are not, then pass this along to help everyone realize just how much is at stake, knowing that apathy is the greatest danger to our freedom.

[Comment Guidelines - Click to view]
The Remnant values the comments and input of our visitors. It’s no secret, however, that trolls exist, and trolls can do a lot of damage to a brand. Therefore, our comments are heavily monitored 24/7 by Remnant moderators around the country.  They have been instructed to remove demeaning, hostile, needlessly combative, racist, Christophobic comments, and streams not related to the storyline. Multiple comments from one person under a story are also discouraged. Capitalized sentences or comments will be removed (Internet shouting).
The Remnant comments sections are not designed for frequent personal blogging, on-going debates or theological or other disputes between commenters. Please understand that we pay our writers to defend The Remnant’s editorial positions. We thus acknowledge no moral obligation whatsoever to allow anyone and everyone to try to undermine our editorial policy and create a general nuisance on our website.  Therefore, Remnant moderators reserve the right to edit or remove comments, and comments do not necessarily represent the views of The Remnant.
back to top
Last modified on Sunday, September 26, 2021
Tweet
More in this category: « Milling Around How Does Francis Actually Use Vatican II? »