ARCHBISHOP VIGANO: Statement in Defense of Convents of Religious Sisters of Contemplative Life 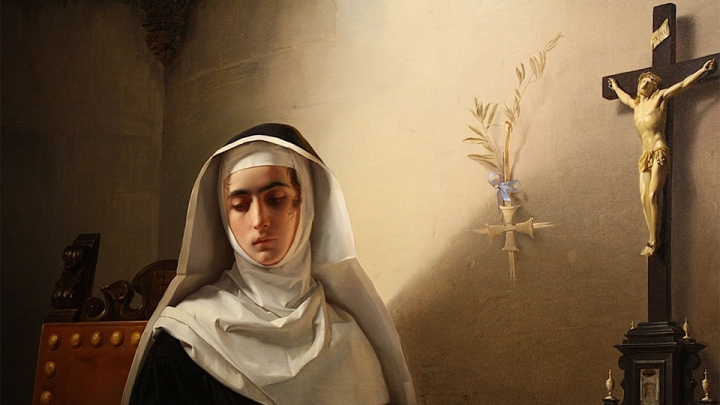 With profound sorrow and strong indignation, I follow the events related to the Apostolic Visitations that the Congregation for Institutes of Consecrated Life and Societies of Apostolic Life is carrying out in various Convents of contemplative women religious in the United States.

The manner in which these Apostolic Visitations are conducted, in violation of the canonical norms and the most elementary principles of the law; the intimidation and threats that characterize the interrogations to which the Nuns are subjected; and the psychological violence exercised over the members of these Convents, against the principles of charity and justice that ought to inspire the action of officials of a papal Dicastery – all of these reveal in all of its disturbing evidence the prejudice of the persecutory intentions of the Visitators, who are cynical executors of the orders already given by the Prefect Cardinal João Braz de Aviz and by the Secretary Archbishop José Rodriguez Carballo, following Bergoglio’s precise instructions. No matter which community is targeted, the mobbing or group bullying by the Visitators, with the purpose of dividing the sisters is always the same, as is the attempt to create strong psychological pressure, even to the point of violating their private conscience, and serious disturbance to individuals who are accustomed to living in silence, prayerful recollection, and penance.

I consider it my precise duty as a Pastor to denounce in no uncertain terms the systematic work of demolition being carried out by the Congregation for Institutes of Consecrated Life.

Behind this purging operation, like everything that distinguishes the work of the Bergoglian church, there is a hatred and an iconoclastic fury towards the Communities of Contemplative Life, and in a particular way against those tied to Tradition and the Ancient Rite. This hatred has become commonplace with the infamous Instruction Cor Orans and its cruel and merciless application. What also stands out is an insane interest in the finances and donations that these communities receive, which the Vatican tries to grab for itself using any pretext it can. 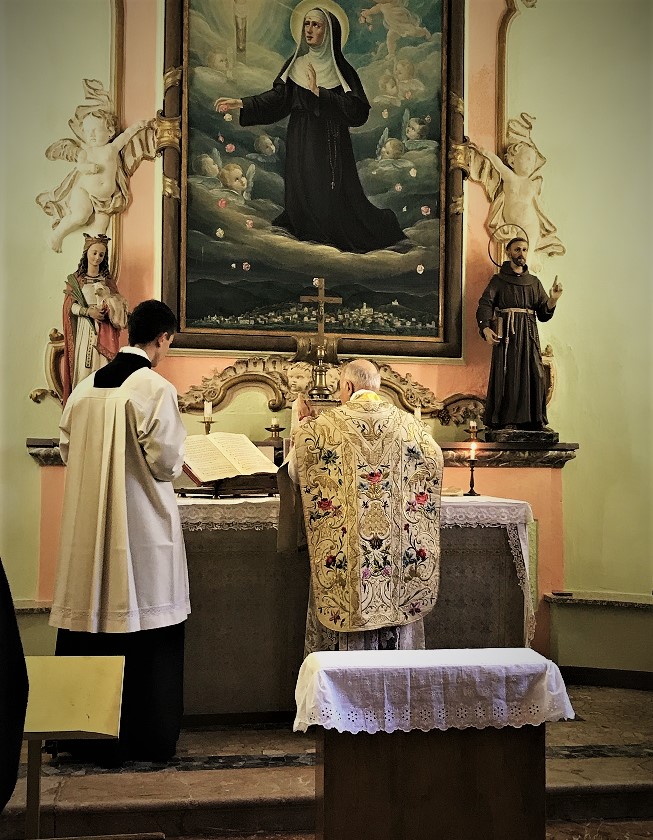 This hatred has no juridical or disciplinary justification, since these Convents targeted by the Vatican limit themselves to living according to the charism of their Order, in fidelity to their Holy Founders and in a spirit of sincere communion with the Church. The number of their vocations is increasing, as is happening for all the Institutes in which the Rule of the Founders is put into practice and the Tridentine Liturgy is celebrated. The “fault” of these Religious Sisters is that they want to remain faithful to the immutable Magisterium of the Church and her two-thousand-year Tradition, to her venerable Liturgy. In the end, this is the only “fault” of all of the secular and religious communities, both of men and of women, in the face of the ruthless destructive action of Bergoglio.

We cannot forget that the merciless persecution of the Vatican has already struck other flourishing communities of religious women, which are now totally destroyed.

I consider it my precise duty as a Pastor to denounce in no uncertain terms the systematic work of demolition being carried out by the Congregation for Institutes of Consecrated Life, whose leaders make no secret of their aversion to any form of consecrated life, in perfect harmony with the one who has given them their mandate, and accompanied by the most disconcerting, inert silence of the Ordinaries, who are incapable of defending and protecting the most precious and vulnerable part of the Mystical Body.

We cannot forget that the merciless persecution of the Vatican has already struck other flourishing communities of religious women, which are now totally destroyed: I am thinking of the Franciscan Sisters of the Immaculate (Italy), the Little Sisters of Mary of Saint-Aignan-sur-Roe (France), the Sisters of Auerbach (Germany), and the Dominican Sisters of the Holy Spirit (France) – to name only a few.

I also mention that the ones responsible for this action are the first ones against whom a disciplinary action should have been undertaken, following the very serious financial scandals that involved Carballo when he was Minister-General of the Franciscan Friars Minor. His position is so compromised that he had to reside inside the Vatican, even though the Secretaries of the Congregation usually reside outside the Leonine Walls. Cardinal Braz de Aviz, a notorious follower of liberation theology, was appointed by Bergoglio as head of the Congregation for Religious precisely in order to “re-educate” the members of institutes of consecrated life, following the Stalinist methods that distinguish the government of the Bergoglian deep church. It is a purge worthy of the worst dictatorial regimes, in line with the climate of terror that has reigned in the Vatican since 2013. 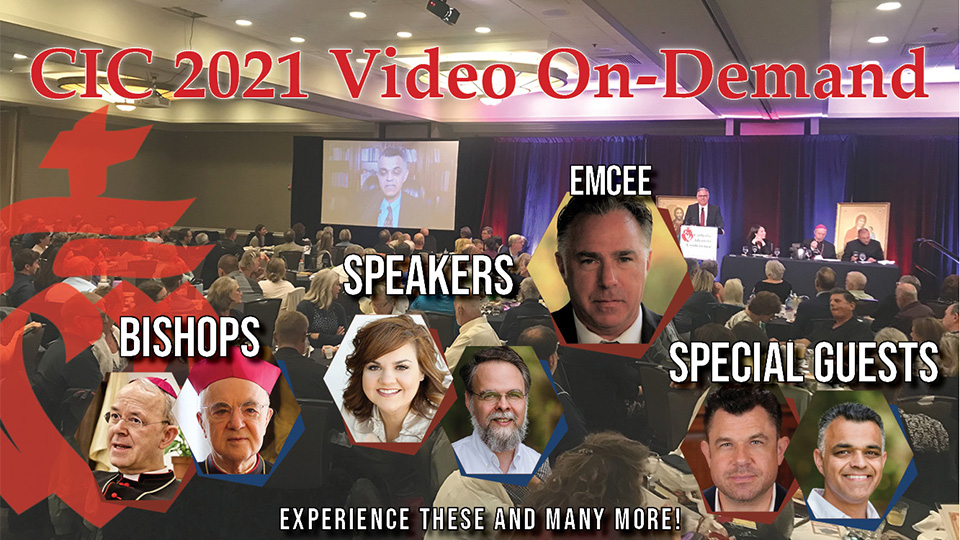 I urge my brother Bishops, priests, and above all the faithful laity to raise their voices against the destruction of Convents of contemplative life and traditional religious Communities. It is necessary to give not only spiritual and moral support, but also material and media support to the victims of an attack that has been getting worse in recent weeks after the promulgation of the Motu Proprio Traditionis Custodes, so that the persecuted religious sisters may be defended and those who are responsible for this persecution that is hateful in the eyes of God and the entire ecclesial community may be exposed.

I understand well how difficult it is, in the face of the perversion of ecclesiastical authority, to combine one’s solemn Vow of Obedience to one’s Superiors with the evidence of the evil purposes they pursue, and how painful it is to have to resist those who should be exercising authority in the name of Our Lord. Nonetheless, any collaboration with them would constitute a form of complicity and culpable connivance. Obedience to God and fidelity to the Church cannot be linked to blind servility towards those who show themselves to be enemies of both: “We must obey God rather than men,” according to the words of Saint Peter (Acts 5:29). And this applies to Religious as well as to secular clergy, whose silence in the face of the dissolution of the ecclesial body cannot last any longer.

May these silent Brides of Christ unite themselves spiritually to the painful Calvary of the Carmelite martyrs of Compiègne, the sixteen nuns who were guillotined during the Terror because they did not want to abandon their Carmel or renounce their religious vows.

In consideration of this grave dilemma of conscience that troubles the Religious Sisters, I address a particular appeal to the faithful laity and to the benefactors of Convents, so that they actively work, also through adequate legal means, to assure and protect the independence of these Convents and their property.

I assure the persecuted Religious Sisters of my constant prayer, inviting them to resist firmly and to offer their suffering for the conversion of their persecutors. May these silent Brides of Christ unite themselves spiritually to the painful Calvary of the Carmelite martyrs of Compiègne, the sixteen nuns who were guillotined during the Terror because they did not want to abandon their Carmel or renounce their religious vows. May the heroic resistance of these consecrated women, persecuted in odium fidei by bloodthirsty revolutionaries, be an example to them in these times of apostasy, in which anti-Catholic persecution and ideological fury are put in motion by those who ought to be protecting the communities of Contemplative Life as the most precious treasure of the Church and the most effective barrier against the assaults of the enemy. If the constant prayer of these blessed souls fails, the ecclesial body will be even more disarmed at the very moment in which this epochal battle rages most fiercely.

The highest levels of the Vatican, and in particular Jorge Mario Bergoglio, will have to answer to God for these very grave sins of the Congregation for Institutes of Consecrated Life and Societies of Apostolic Life.

Like the prudent virgins of the Gospel parable (Mt 25:1-13), may Religious Women remain faithful to their Divine Spouse and await Him with lighted lamps. These dark times will pass, and along with them the renegades who rage against them.

The highest levels of the Vatican, and in particular Jorge Mario Bergoglio, will have to answer to God for these very grave sins of the Congregation for Institutes of Consecrated Life and Societies of Apostolic Life, which are not devoid of disturbing ideological connotations, as well as for the abuse of their authority against the good of the Church and the salvation of souls. May the Lord open the eyes of many who still do not want to recognize the apostasy that afflicts the Catholic Hierarchy.

[Comment Guidelines - Click to view]
The Remnant values the comments and input of our visitors. It’s no secret, however, that trolls exist, and trolls can do a lot of damage to a brand. Therefore, our comments are heavily monitored 24/7 by Remnant moderators around the country.  They have been instructed to remove demeaning, hostile, needlessly combative, racist, Christophobic comments, and streams not related to the storyline. Multiple comments from one person under a story are also discouraged. Capitalized sentences or comments will be removed (Internet shouting).
The Remnant comments sections are not designed for frequent personal blogging, on-going debates or theological or other disputes between commenters. Please understand that we pay our writers to defend The Remnant’s editorial positions. We thus acknowledge no moral obligation whatsoever to allow anyone and everyone to try to undermine our editorial policy and create a general nuisance on our website.  Therefore, Remnant moderators reserve the right to edit or remove comments, and comments do not necessarily represent the views of The Remnant.
back to top
Last modified on Thursday, October 7, 2021
Tweet

More in this category: « Biden’s Cut and Run CHURCH IN CHRISIS: World's Catholics Resist Francis to His Face »