Donald Trump Files Lawsuit in Defense of the Constitution 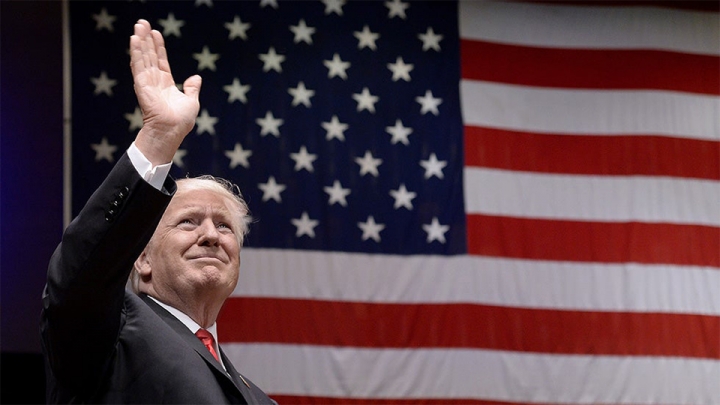 Today, President Donald J. Trump filed a lawsuit in defense of the Constitution, the Office of the President, and the future of our nation, all of which the sham Unselect Committee is trying to destroy. The fact is America is under assault by Pelosi’s Communist-style attempt to silence and destroy America First patriots through this hyper-partisan and illegitimate investigation.

1.           No Legitimate Legislative Purpose: The legislative committees’ request fails to meet the basic requirement of fulfilling a legislative purpose. The request is not just overly broad, it requests documents including campaign polling data—what does Congress hope to learn from this?

a.           Newsflash: Polling shows Biden’s approval cratering and 2022 slipping out of Democrats’ grasp—no wonder the Democrats and the media want to distract America from: The surrender in Afghanistan, skyrocketing inflation, a border crisis, crippling COVID mandates, and a stalled legislative agenda.

a.           Newsflash: No one is following this argument more closely than: (1) Hunter Biden and his art dealer, (2) The Woke Generals and Intel leaders who advised the Surrender in Afghanistan and the bombing of innocent civilians and children (3) Big Tech who has been actively engaged with the Biden administration to subvert Democracy through dark money organizations

3.           Time for Review: The National Archives and Records Administration (NARA) has not even had the time to compile and organize the documents being requested by Congress—which is the largest request in American History. President Trump and Joe Biden should be afforded the time to diligently review any protected and privileged documents before it is released to the public.

a.           Newsflash: The Committee is motivated by one thing: delivering political wins for the Democrats. That’s why they’ve set a rapid timetable that steamrolls the Constitution, legal precedent, and established process. The Committee isn’t seeking the truth, it’s seeking Communist-style political persecution of President Trump and the America First patriots who served their country honorably.

[Comment Guidelines - Click to view]
The Remnant values the comments and input of our visitors. It’s no secret, however, that trolls exist, and trolls can do a lot of damage to a brand. Therefore, our comments are heavily monitored 24/7 by Remnant moderators around the country.  They have been instructed to remove demeaning, hostile, needlessly combative, racist, Christophobic comments, and streams not related to the storyline. Multiple comments from one person under a story are also discouraged. Capitalized sentences or comments will be removed (Internet shouting).
The Remnant comments sections are not designed for frequent personal blogging, on-going debates or theological or other disputes between commenters. Please understand that we pay our writers to defend The Remnant’s editorial positions. We thus acknowledge no moral obligation whatsoever to allow anyone and everyone to try to undermine our editorial policy and create a general nuisance on our website.  Therefore, Remnant moderators reserve the right to edit or remove comments, and comments do not necessarily represent the views of The Remnant.
Last modified on Tuesday, October 19, 2021