On the Feast of Christ the King 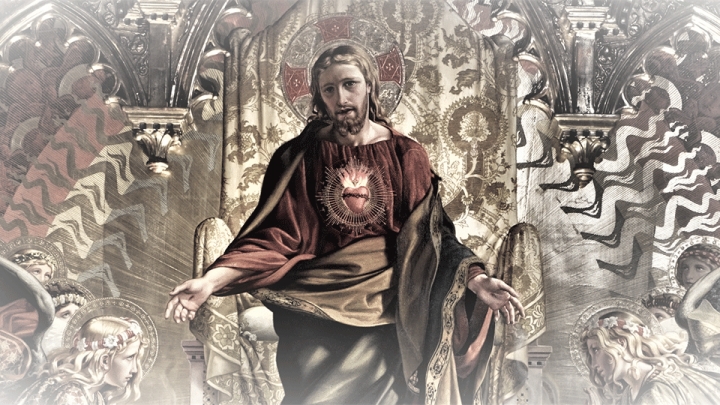 It is a political strategy, and the only one - as evidenced by the current plight of this Godless world - that works.

Pope Pius XI instituted the feast as a solemn affirmation of Our Lord’s Kingship over every human society.

The October 31st Remnant Newspaper was dedicated to the Kingship of Christ, and Michael Davies (RIP) breaks it down in a magnificent center spread.

If you'd like to read Davies' treatise on the social Kingship of Christ, please subscribe to the Remnant Newspaper's E-Edition and read it online right now! 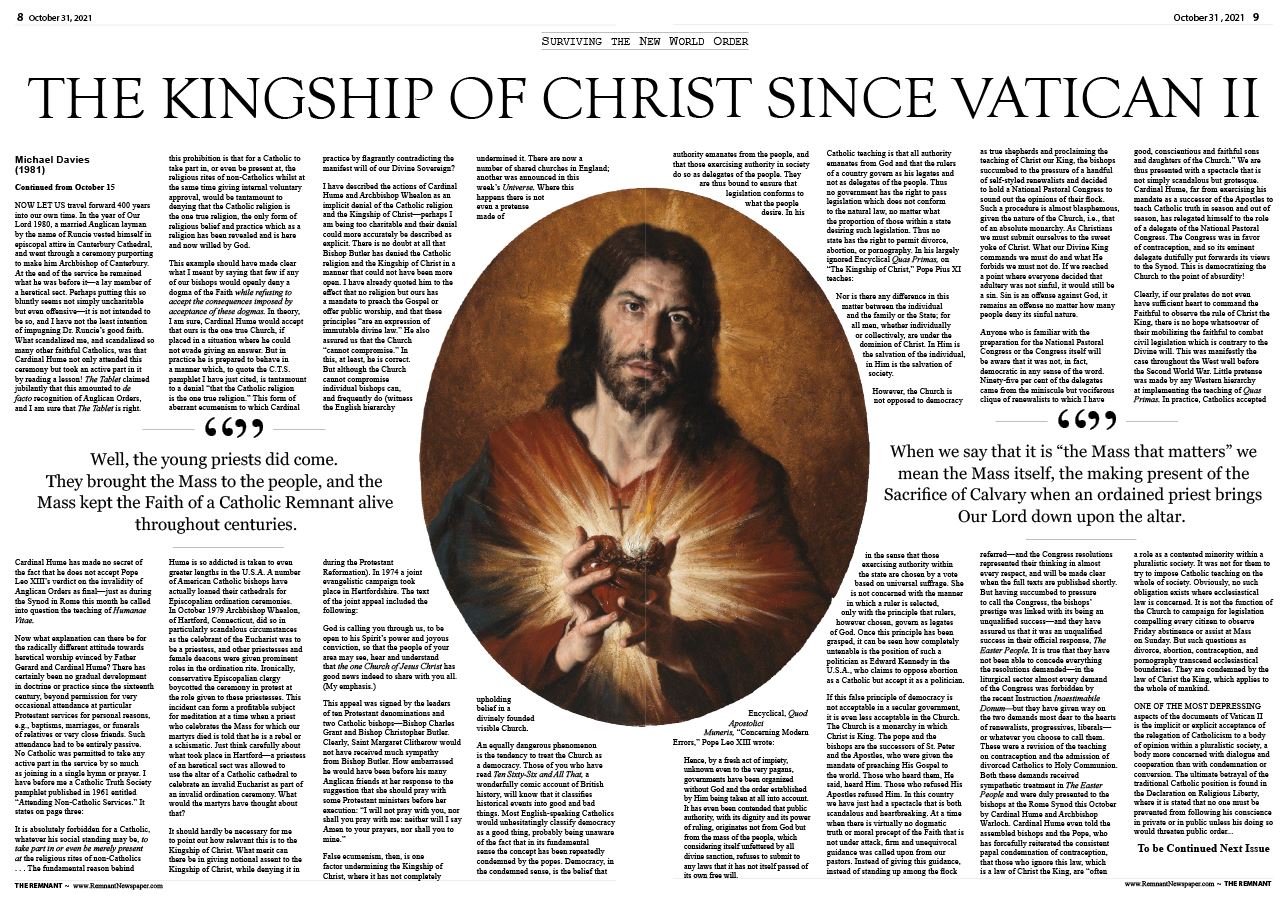 [Comment Guidelines - Click to view]
The Remnant values the comments and input of our visitors. It’s no secret, however, that trolls exist, and trolls can do a lot of damage to a brand. Therefore, our comments are heavily monitored 24/7 by Remnant moderators around the country.  They have been instructed to remove demeaning, hostile, needlessly combative, racist, Christophobic comments, and streams not related to the storyline. Multiple comments from one person under a story are also discouraged. Capitalized sentences or comments will be removed (Internet shouting).
The Remnant comments sections are not designed for frequent personal blogging, on-going debates or theological or other disputes between commenters. Please understand that we pay our writers to defend The Remnant’s editorial positions. We thus acknowledge no moral obligation whatsoever to allow anyone and everyone to try to undermine our editorial policy and create a general nuisance on our website.  Therefore, Remnant moderators reserve the right to edit or remove comments, and comments do not necessarily represent the views of The Remnant.
back to top
Last modified on Sunday, October 31, 2021
Tweet
More in this category: « On the Question of Religious Exemption THE STRAWMAN: Do Traditional Catholics Cherry Pick Only Novus Priest Sex Scandals? »