Another Opinion on Pope Francis and Cancel Culture 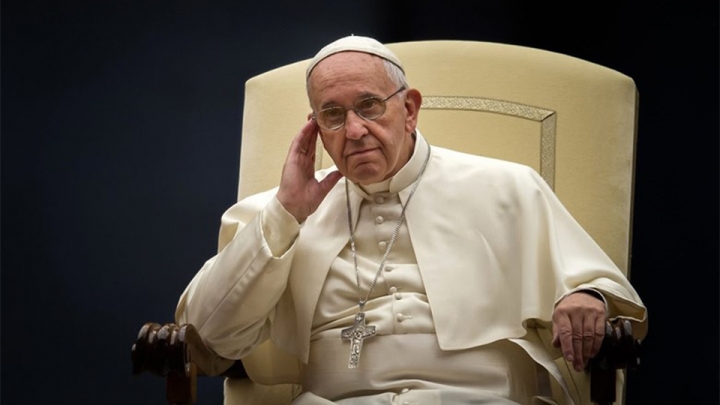 Yesterday, Pope Francis spoke in front of diplomats from 183 countries about the dangers of cancel culture. This might sound like good news at first, but don’t be fooled. At this point in his pontificate, we have seen all of Francis’s cards, and barring a conversion story for the ages, there’s no reason to expect things to improve any time soon. As you will see in his quote, His Holiness can take a conservative stance (such as opposing leftist cancel culture) and liberalize it beyond recognition.

"Cancel culture is invading many circles and public institutions," the Bishop of Rome said. "As a result, agendas are increasingly dictated by a mindset that rejects the natural foundations of humanity and the cultural roots that constitute the identity of many people." He added that "under the guise of defending diversity," such a mentality goes on “canceling all sense of identity." He reminded the diplomats that "Multilateral diplomacy is called to be truly inclusive, not canceling but cherishing the differences and sensibilities that have historically marked various peoples."

I’m not even sure he understands what cancel culture is...

I’m not even sure he understands what cancel culture is, because it’s not clearly outlined in his speech at all. Cancel culture consists in anathematizing a person, group, ideology, etc. for going against the beliefs of a society, sometimes even if the offending party has genuinely repented of the alleged misdeed. It’s not just going around and condemning tolerable differences in other people. The cancelling party does so because the difference is a core difference. As the left is almost always the party doing the cancelling, their goal is to eliminate any semblance of conservatism from the planet, as conservatism and liberalism are diametrically opposed. The reason they will even cancel repentant offenders is to invoke fear into anyone on the fence.

The reason I oppose today’s cancel culture is not merely because it cancels people, but because it cancels the wrong people for the wrong reasons. For example, one should not be cancelled for saying that Jesus Christ is the Messiah, but rather for saying that He is not the Messiah. The difference between a Catholic cancel culture and a liberal cancel culture is the aspect of mercy: when a sinner truly repents, God no longer holds him in any sort of contempt. This is why St. Paul was able to turn from his awful life as a Pharisee to writing most of the New Testament. However, repentance must precede forgiveness, for God will not be mocked.

I am increasingly concerned as I see conservatives and even traditional Catholics asking for toleration on the same grounds that we use to reject liberalism and Vatican 2. I saw many respond to this quote from Francis and call him a hypocrite for lauding diversity and condemning cancel culture in social matters, but cancelling the Mass of All Time to remove diversity from the Roman rite. While there is some validity to that point, let’s be honest: we don’t want diversity in the Roman rite either. We want to cancel the Novus Ordo Missae, the Second Vatican Council, and the whole modernist revolution it came with. Why would we ask for acceptance on the grounds of ecumenism when ecumenism is the whole reason we’re not being accepted?

I would also highly doubt that Francis’s idea of diversity is akin to having, say, a Western and Eastern rite, which has always been allowed.

I would also highly doubt that Francis’s idea of diversity is akin to having, say, a Western and Eastern rite, which has always been allowed. Indeed, it would be appalling for a Roman Catholic to condemn a Byzantine Catholic for attending the Divine Liturgy instead of the Traditional Latin Mass. Rather, as shown by his willingness to let pro-abortion Joe Biden receive Holy Communion, he desires a diversity of core beliefs, which is completely reprehensible to the Catholic mind. In reality, it’s quite possible that he wants everyone to be liberal, but masquerades as a relativist to avoid fiercer opposition.

The so-called “Enlightenment” writer Voltaire is known to have said something to the effect of “I disagree with what you say, but I will defend to the death your right to say it.” However, this is not a tenable opinion; for if what you say is wrong, the truth is that you have no right to proclaim it, even if you genuinely believed that it was true. There ought, however, to be a delay in cancellation for those who genuinely did not know that their opinion was false. As St. Thomas Aquinas teaches, “On the part of the Church, however, there is mercy which looks to the conversion of the wanderer, wherefore she condemns not at once, but ‘after the first and second admonition,’ as the Apostle (St. Paul) directs…”

The proper response to a modernist cancel culture is not to beg for dialogue, but rather to defend oneself by resisting their evil mandates, cancelling the opposing ideology, and whenever possible, seeking to convert those who, while disagreeing, are at least intellectually honest. By asking them to accept us on the grounds of their liberalism, in principle we’ve already surrendered to liberalism, because acceptance should hinge on truth, not the relativism of those in power. Pope St. Pius X, a pillar in the Church’s fight against modernism, once told some cardinals who wanted him to be gentler with modernists that “You want them to be treated with oil, soap and caresses. But they should be beaten with fists. In a duel, you don’t count or measure the blows, you strike as you can.”

[Comment Guidelines - Click to view]
The Remnant values the comments and input of our visitors. It’s no secret, however, that trolls exist, and trolls can do a lot of damage to a brand. Therefore, our comments are heavily monitored 24/7 by Remnant moderators around the country.  They have been instructed to remove demeaning, hostile, needlessly combative, racist, Christophobic comments, and streams not related to the storyline. Multiple comments from one person under a story are also discouraged. Capitalized sentences or comments will be removed (Internet shouting).
The Remnant comments sections are not designed for frequent personal blogging, on-going debates or theological or other disputes between commenters. Please understand that we pay our writers to defend The Remnant’s editorial positions. We thus acknowledge no moral obligation whatsoever to allow anyone and everyone to try to undermine our editorial policy and create a general nuisance on our website.  Therefore, Remnant moderators reserve the right to edit or remove comments, and comments do not necessarily represent the views of The Remnant.
back to top
Last modified on Thursday, January 13, 2022
Tweet
More in this category: « Jim Crow – Under New Management Mirror, Mirror: the world in the Covid looking glass »