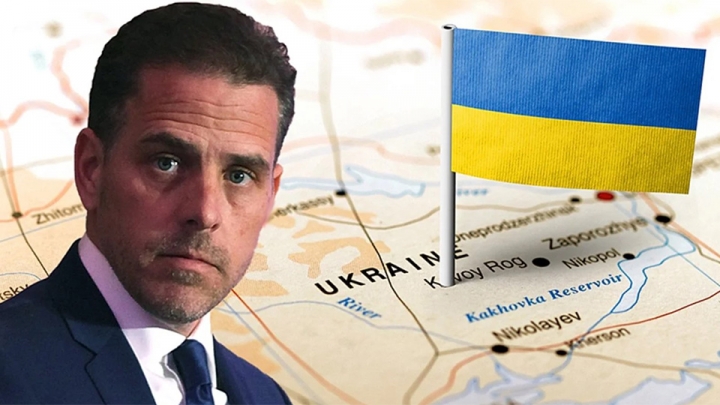 The New York Times’ time-honored maxim: “All the news that is fit to print” finally conceded that Hunter Biden’s laptop’s emails are newsworthy as first reported by the New York Post in October 2020 – 16 months after the presidential election.

The conservative New York Post founded by Alexander Hamilton deserved a Pulitzer but will never see it.

The Times has relished their bloated reputation for decades while perfecting the art of falsehood and being left-wing. Some 90 years ago, their Moscow correspondent was Walter Duranty.  While Stalin was executing his political opponents and starving millions of Ukrainians, Duranty’s dispatches rendered Stalin’s homeland a worker’s paradise. Duranty was double-dipping collecting from the Times and Stalin, who bribed him with money, booze, drugs, and prostitutes while being awarded a Pulitzer Prize in 1932.

When it was finally revealed that Duranty had lied, the Times refused to surrender the Pulitzer.

The difference between a conspiracy theory and the truth is nearly a year and a half, provided you consider the Times an arbiter of truth.

In Laurel Leff's 2005 book: “Buried by The Times,” during World War II “the paper of record” suppressed news of Nazi atrocities against Jews because publisher Arthur Sulzberger was a Jewish assimilationist. The paper referred to the Jews as “refugees” to assuage how the Nazis were targeting a pogrom of European Jewry.

The difference between a conspiracy theory and the truth is nearly a year and a half, provided you consider the Times an arbiter of truth. The Times must believe Biden is toast, giving the paper nearly three years to bolster the next Democrat nominee.

If that wasn’t enough and despite no evidence, 50 government sleuths claimed that Hunter's laptop was part of a Russian disinformation plot published in a Times op-ed piece.  What remains unanswered is: do these fabulous 50 maintain their employment and security clearances?

All the Times offered was an unconvincing admission buried deep inside their broadsheet. The Times did not just conceal the facts about Hunter Biden’s illicit dealings and his father’s 10% kickback, they bungled, beat, and buried the story with Jimmy Hoffa.

How many articles about Joe’s grandbaby in Arkansas have you read?

Hunter’s emails underscored how he was profiting from his father’s connections, including being a board member of a Ukrainian gas company. According to the Wall Street Journal, Biden’s former business partner admitted the laptop’s contents had Biden profiting from a Shanghai company directly tied to the Chinese communists.

The Times was living their true creed: “All the news that fits – their agenda.” Twitter jumped on the suppression train by censoring their New York Post account, while Facebook algorithmically did their leftist duty in killing the story as Hunter’s laptop conveniently met the journalistic abyss on the cusp of Election Day. Censorship and abject lying are the core tenets of the left’s strategy, as there is no substance to their socialist agenda.

Rather than investigate, the mainstream media dismissed it or claimed Hunter Biden’s debauched escapades were fake news – case closed – until now.

A post-election survey of Biden voters said 10% would not have voted for him provided they aware of the illicit dealings of his son. Imagine what the Times would publish provided one of Donald Trump’s sons had impregnated a stripper like Hunter? How many articles about Joe’s grandbaby in Arkansas have you read?

Indictments would open a Pandora’s box exposing Biden as the corrupt, incompetent lifetime politico he is.

The news’ profession is infiltrated with plenty of bias editors who have no issue about using deliberate omission as suppression. News and its ensuing opinion pieces are affected as much by what is omitted as by what is covered. This column is just one example. And provided it disappears for a week or two, you know the deal.

When will the IRS investigate the Biden’s dealings? Indictments would open a Pandora’s box exposing Biden as the corrupt, incompetent lifetime politico he is. Biden is compromised, while his son possesses no shame after being captured on video snorting cocaine naked with a prostitute.

The complicit media was promoting false narratives to take down a sitting president, in Donald Trump, is the biggest story.

If these stories don’t grow legs, the nation’s fourth estate is failing everyone.

Michael Matt on the Ukraine Crisis
PUTIN'S WAR: Biden, Soros, and the Ghost of John McCain

[Comment Guidelines - Click to view]
The Remnant values the comments and input of our visitors. It’s no secret, however, that trolls exist, and trolls can do a lot of damage to a brand. Therefore, our comments are heavily monitored 24/7 by Remnant moderators around the country.  They have been instructed to remove demeaning, hostile, needlessly combative, racist, Christophobic comments, and streams not related to the storyline. Multiple comments from one person under a story are also discouraged. Capitalized sentences or comments will be removed (Internet shouting).
The Remnant comments sections are not designed for frequent personal blogging, on-going debates or theological or other disputes between commenters. Please understand that we pay our writers to defend The Remnant’s editorial positions. We thus acknowledge no moral obligation whatsoever to allow anyone and everyone to try to undermine our editorial policy and create a general nuisance on our website.  Therefore, Remnant moderators reserve the right to edit or remove comments, and comments do not necessarily represent the views of The Remnant.
back to top
Last modified on Wednesday, March 23, 2022
Tweet

More in this category: « THE UNCROSSABLE RED LINE: Viganò Responds to George Weigel at First Things The First Words of Christ - Spoken for Today? »