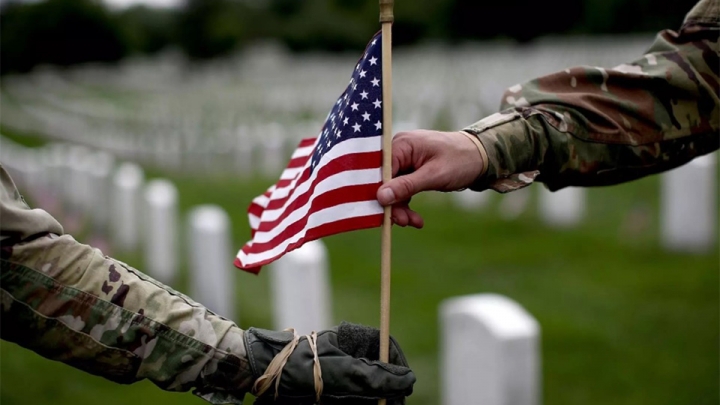 What was blatantly missing in action during this much anticipated primary polling season was my time-honored conversation with my old Marine Polish paisan, the Jazzman – Robert Jasinski. During his six-decade run on this third post from the sun, he was an avid historian and a political sage who never hesitated to engage with anyone on any topic.

Having been deployed the world over while in the Corps and an avid reader, Jazz was well spoken and quite knowledgeable. For over a generation, before each primary and general election, we would examine and critique the political ticket facing us in Pennsylvania from top to bottom.

In the midst of this primary season, I reached out to his older brother Stan who promptly informed me what candidate his late brother would have supported in the state’s senatorial race, which on the GOP side is still being contested in an extended recount. My intent was to find out when Jazz’s cremains would finally be laid to rest sometime this spring in the nation’s most hallowed burial grounds, Arlington National Cemetery. 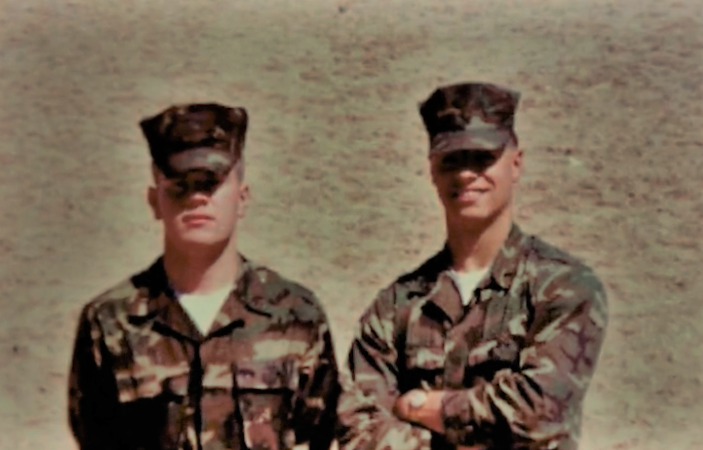 Jazz on the left, yours truly on the right... Many moons ago.

Prior to Jazz’s unexpected step into eternity on January 24th, we had planned to visit Washington D.C. later this year. We had been contemplating it for some time. The nation’s capital was like a second home to the Delaware County native, having done a tour of duty at Marine Corps HQ. A favorite haunt of his was Arlington. I had been on the cusp of Arlington, having visited the Iwo Jima Memorial. For whatever reason, that most iconic of World War II monuments was as far as I ever ventured.

How long are we going to use COVID as a crutch for every miscue and mistake?

It was initially understood that any interment at Arlington, provided you were not recently killed in action, would take between three to four months. This is despite the fact that not every veteran is eligible to be interred there.

After hearing back from the funeral director, Stan told me that the backlog for burial at this national shrine stands more than a year out. In fact, the funeral director said interment of Jazz’s ashes would most likely occur in June 2023, some 17-months after his passing.

Is there a staffing problem?

There is absolutely nothing about the unprecedented backlog on the Arlington website as it is business as usual. A call to their general service number yielded nothing but more of the same. What I did learn was how Arlington conducts approximately 6,400 burials a year. The cemetery averages 30 funerals per day with their backlog consisting of a 4,500 long waiting list extending to a 15-month delay.

This is an astronomical amount and totally uncalled for.

We package $40 billion in military aid to Ukraine and bequeathed more than twice as much military hardware to the Taliban in Afghanistan. Yet, with this Memorial Day weekend upon America, we can’t bury some of our veterans in a timely fashion affording closure for so many families.

Those unelected bureaucrats in the federal government are still in blame mode, putting the delays at the feet of the mighty COVID excuse. How long are we going to use COVID as a crutch for every miscue and mistake? We package $40 billion in military aid to Ukraine and bequeathed more than twice as much military hardware to the Taliban in Afghanistan. Yet, with this Memorial Day weekend upon America, we can’t bury some of our veterans in a timely fashion affording closure for so many families.

There are those that believe there are some good members of Congress but can’t figure out what they are good for. Perhaps our polarized Congress can fix this. After all, what is there to disagree about?

Perhaps since Congress has been delegating its authority to the executive branch, it begs the question: where is the Biden administration in all of this? Since Biden got us out of Afghanistan in record time, why can’t he sign another one of his numerous presidential executive orders to expedite laying to rest Americans in a timely fashion?

Too often the unrelenting volley of class warfare, microaggressions, and the pronoun police coupled with department store sales and barbeques drowns out the true meaning of Memorial Day. Some veterans gave all in the line of duty and we honor and remember them today, while others pay daily over a lifetime.

Arlington has the remains of more than 330,000 souls buried under plain, white granite stones all in formation where every day is Memorial Day, and where waiting lists should be entrusted to the dustbin of history.

Latest on RTV — ZOE’S STORY: Hope of the World, Terror of the New World Order

[Comment Guidelines - Click to view]
The Remnant values the comments and input of our visitors. It’s no secret, however, that trolls exist, and trolls can do a lot of damage to a brand. Therefore, our comments are heavily monitored 24/7 by Remnant moderators around the country.  They have been instructed to remove demeaning, hostile, needlessly combative, racist, Christophobic comments, and streams not related to the storyline. Multiple comments from one person under a story are also discouraged. Capitalized sentences or comments will be removed (Internet shouting).
The Remnant comments sections are not designed for frequent personal blogging, on-going debates or theological or other disputes between commenters. Please understand that we pay our writers to defend The Remnant’s editorial positions. We thus acknowledge no moral obligation whatsoever to allow anyone and everyone to try to undermine our editorial policy and create a general nuisance on our website.  Therefore, Remnant moderators reserve the right to edit or remove comments, and comments do not necessarily represent the views of The Remnant.
back to top
Last modified on Friday, May 27, 2022
Tweet

More in this category: «  On the Front Lines of the Global War: An Interview with Catholic Pro-Lifer Will Goodman Memorial Day... We're NOT the Only Ones »