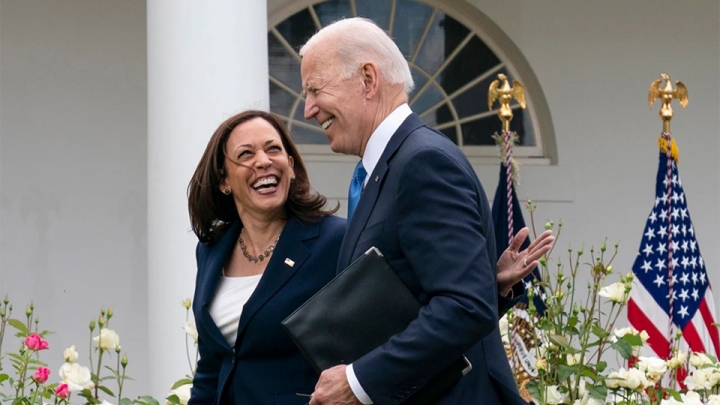 In the midst of the primary elections going on across the country, the U.S. House of Representatives passed a bill that had near unanimous support. You would believe something so atypical would have gotten more ink than it received.

Perhaps the media mainstreamers truly thrive on the division they enjoy sowing.

Making its way to the Senate later this year will be the “Securing a Strong Retirement Act” or “Secure Act 2.0.”  The bill would “change the way Americans save for retirement” by requiring employees to be automatically enrolled in work retirement plans. In Pennsylvania, a program called “Keystone Saves” is being considered by the state legislature for workers whose employers don’t offer retirement plans.

Politicians have a habit of never tasting their own cooking.

An issue confronting everyone including politicians and investment firms alike is how to get Americans to consistently save for retirement. The original version of the Secure Act 2.0 was passed in 2019.

Secure Act 2.0 would provide government subsidies to employers who start retirement plans with investment options, and minimum distributions. Businesses would be required to enroll their employees automatically. Politicians believe that such a practice would serve to increase participation.

Provided it is the law of the land, what choice do you have?

The Secure Act is aiming at the trillions in retirement accounts, and in particular, the inherited IRA. By compelling the beneficiary to liquidate an inherited IRA in 10 years only serves to feed the bureaucratic beast by enabling the government even further through taxation. Accelerated withdrawals will only serve to raise the tax bracket on the inheritors by increasing their income.

Politicians have a habit of never tasting their own cooking. Congress should be required to participate in the legislative programs they pass into law – like Obamacare.

The Biden administration wants to encourage savings while at the same time desires to tax unrecognized capital gains, while refusing to live within its means.

Perhaps more would be open to retirement saving, provided Congress would stop changing the rules.

The Biden administration wants to encourage savings while at the same time desires to tax unrecognized capital gains, while refusing to live within its means.

Let that sink in.

The Biden administration, assured us inflation was transitory. Hyperinflation helps no one save and is like loose trash around hungry raccoons. If Biden was serious about inflation, all oil leases, permits and the Keystone Pipeline would proceed. Milking the nation’s currency unabated until its collapse is no economic policy, but a fiscal death sentence.

Politicians advocate compulsory savings; provided you are too successful, you are punished through higher taxation. There is something to be said about financial literacy and fiscal discipline but you will not find it in this legislation.

Two adages most politicians refuse to concede is: you can’t spend your way to prosperity and there are no free lunches. Schools have no time to teach such lessons with gender dysphoria, entitlement and victimization filling the syllabus. Lectures in the value of hard work, delayed gratification, and the financial benefits of compounding would be a start.  Nor are lessons taught about how smaller government, less regulation and lower taxes lifts everyone.  The Rule of 72 – forget it.

Every high school graduate should be able to budget and forecast their net worth. If you understand how small sacrifices now makes you wealthier later, you are more likely to buy in. Believing you have a right to the necessities of life and even its comforts, why save for the future?

Government must allow people to take personal responsibility rather than force savings through legislative solutions with its unforeseen consequences.

Many under age 50 believe Social Security is a retirement plan, when it should only be a supplement. Everyone should be able to put their 12.4% into a private retirement account, which in turn, makes the government your partner in your retirement, regardless. Gratuitous regulations are no help, either.  What makes forcing people into a retirement plan any different than being coerced into Social Security?

Government must allow people to take personal responsibility rather than force savings through legislative solutions with its unforeseen consequences.

With inflation, rising interest rates and a pending recession, the last thing Americans want is Congress telling them where they need to put their money.

[Comment Guidelines - Click to view]
The Remnant values the comments and input of our visitors. It’s no secret, however, that trolls exist, and trolls can do a lot of damage to a brand. Therefore, our comments are heavily monitored 24/7 by Remnant moderators around the country.  They have been instructed to remove demeaning, hostile, needlessly combative, racist, Christophobic comments, and streams not related to the storyline. Multiple comments from one person under a story are also discouraged. Capitalized sentences or comments will be removed (Internet shouting).
The Remnant comments sections are not designed for frequent personal blogging, on-going debates or theological or other disputes between commenters. Please understand that we pay our writers to defend The Remnant’s editorial positions. We thus acknowledge no moral obligation whatsoever to allow anyone and everyone to try to undermine our editorial policy and create a general nuisance on our website.  Therefore, Remnant moderators reserve the right to edit or remove comments, and comments do not necessarily represent the views of The Remnant.
back to top
Last modified on Saturday, June 11, 2022
Tweet

More in this category: « REGARDING THE NOMINATIONS FOR THE UPCOMING CONSISTORY Budgeting for Brandonomics »