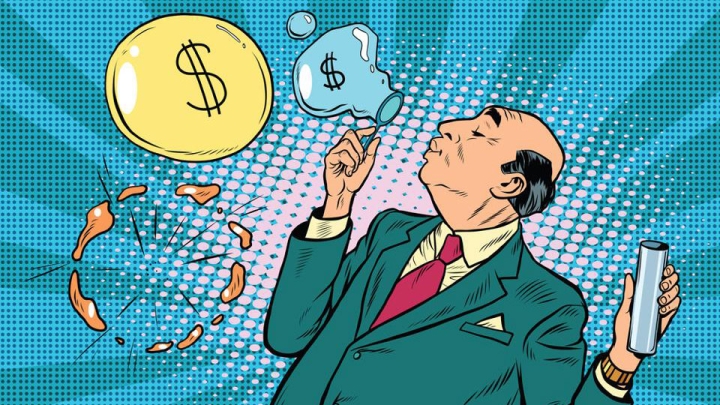 Former Treasury Secretary Larry Summers recently stated when inflation rises above four percent and unemployment drops below four percent, a recession is inevitable within two years. We are there now, according to The Economist. The Wall Street Journal’s recent headline was telling: “Inflation hit a four decade high in May.”

Democrats are channeling their inner Paul Krugman by driving up inflation as it plays havoc with the worth of employees’ wages. Whenever President Biden talks about “transitioning” he is better off discussing gender than the economy.  Besides, who wants to recreate 1977 again minus “All in the Family,” powder blue leisure suits, and Billy Beer?

Encouraging inflation to reduce the debt/Gross Domestic Product (GDP) ratio is straight out of Argentina.

Encouraging inflation to reduce the debt/Gross Domestic Product (GDP) ratio is straight out of Argentina. In the 1970s, the percentage debt/GDP averaged around 34%, so interest payments were much lower. In 2022, with debt approaching 130% of GDP, interest expenditures combined with stagflation would be fiscally debilitating. To wit, every one percent rise in interest rates will increase the federal debt service on $33 trillion to an additional $330 billion.

There is nowhere for interest rates to go but up and remain high until this record inflation is tamed. Now add to that a falling stock market which will serve to form a deadly trio that will be nothing short of a menacing wrecking ball foisted upon all government budgets.

Pew Research Center approximates as of September 2021, the majority of state pension plans are at least 20% underfunded. Falling stock prices will not bode well for both short-and long-term capital gains that are the foundation of so many pension funds that in recent times have been buoyed by a strong market. Since so many state pension plans are woefully underfunded after years of better than average returns, states will have no choice but to raise taxes to make up for their unfunded obligations.

The July Monthly Treasury Statement will provide how much income tax was collected through June. Low figures will mean tax revenues are drying up as the market drops and investors take cover and sell at a loss to reduce taxes while curtailing their consumer spending.

When tax revenues drop, the initial reaction is to raise taxes. Time and again, it has been proven when governments’ lower taxes, they reap more money.

When tax revenues drop, the initial reaction is to raise taxes. Time and again, it has been proven when governments’ lower taxes, they reap more money. Using taxes to combat rising costs is poor fiscal policy.

How many state and local governments will make the necessary changes to deal with expiring union contracts, guaranteed pensions, and overriding costs thanks to declining revenues? This is no time to call upon the Constanza Principle: If it is imprudent for government officials to wait, that is precisely what they will do.

In good times we tend to put things off and believe that prosperity will continue, unabated. Unconvinced, we went six trillion deeper in debt while refusing to pay off any prior debt as the stock market grew.

Treasury printing presses will be unleashed to satisfy any tax revenue shortfall. A period of economic stagnation will lie in its wake. Pensions invested in venture capital funds will fall victim.

Before you cast your ballot in November, keep in mind that those who led us into this imbroglio are the ones promising to lead us out.

The budget largess of the COVID stimulus is history and its resulting structural weaknesses of deficits will reveal itself throughout all layers of government.  Difficult choices lie ahead and having the budgetary skills of a Bucknell frat boy is not needed.

Having unreasonably high expectations of those insulated from the consequences of their fiscal policy is a fool’s errand. When spending is the priority; there is no priority.  When was the last time spending and deficits were reduced in a meaningful way?

Consider the carnage to your investments and your household budget as the Biden administration continues to restrict domestic energy production.  The nation is mired in an economic quandary it has not endured in over four decades.

Before you cast your ballot in November, keep in mind that those who led us into this imbroglio are the ones promising to lead us out.

[Comment Guidelines - Click to view]
The Remnant values the comments and input of our visitors. It’s no secret, however, that trolls exist, and trolls can do a lot of damage to a brand. Therefore, our comments are heavily monitored 24/7 by Remnant moderators around the country.  They have been instructed to remove demeaning, hostile, needlessly combative, racist, Christophobic comments, and streams not related to the storyline. Multiple comments from one person under a story are also discouraged. Capitalized sentences or comments will be removed (Internet shouting).
The Remnant comments sections are not designed for frequent personal blogging, on-going debates or theological or other disputes between commenters. Please understand that we pay our writers to defend The Remnant’s editorial positions. We thus acknowledge no moral obligation whatsoever to allow anyone and everyone to try to undermine our editorial policy and create a general nuisance on our website.  Therefore, Remnant moderators reserve the right to edit or remove comments, and comments do not necessarily represent the views of The Remnant.
back to top
Last modified on Thursday, June 16, 2022
Tweet